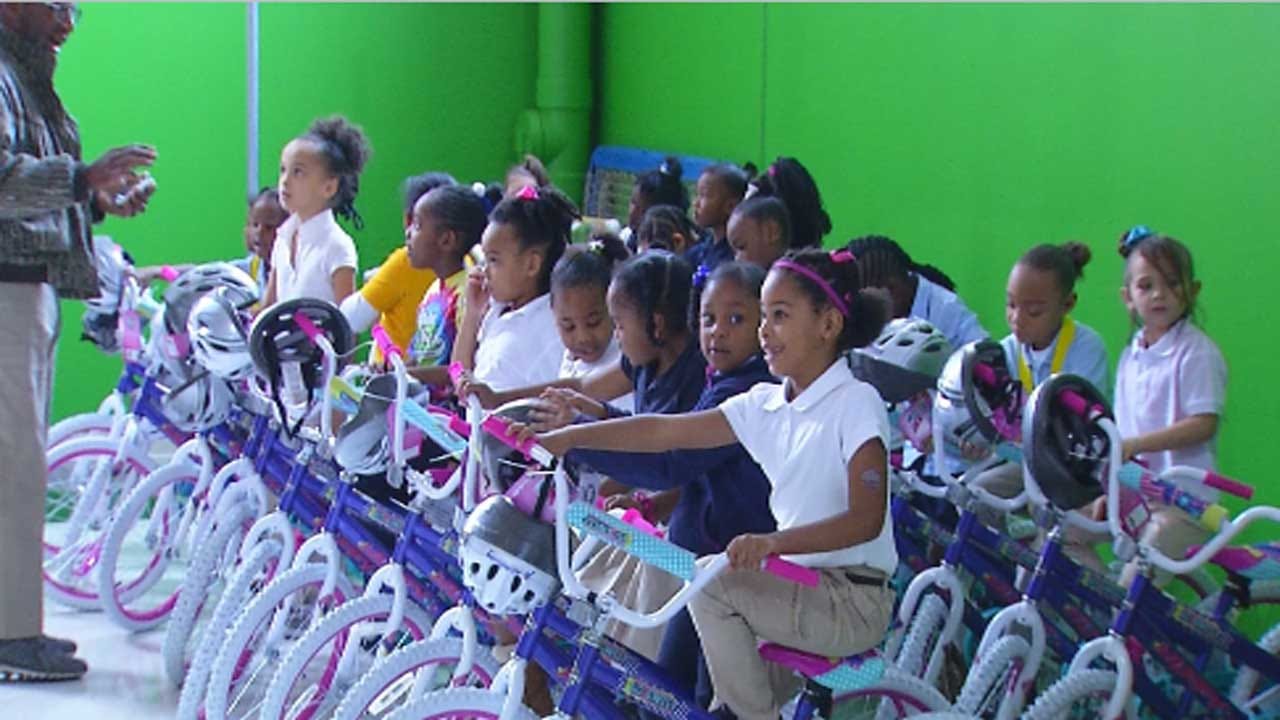 Christmas came early for dozens of metro children thanks to Academy Sports and Outdoors.

The company donated bicycles to Martin Luther King Jr. Elementary School in Oklahoma City to reward kids who are eager to learn. Twenty-five boys and 25 girls worked hard all semester for the surprise moment.

“I think about that I will be so much happy,” said 4-year-old Triston Hill.

Hill received a free bike on Friday after telling his parents for weeks how much he wanted one.

“Really, really exciting because Triston is a hard worker and we are just so proud of him,” said Erma Watley, Triston's mom.

Teachers had to identify students who have been working hard. The school drew 50 names from that list.

Academy wanted to give local schools the chance to reward children during the holidays for academic performance.

“It wasn't based on behavior or attendance, just they come to class and they get at your teacher table and they are trying so hard with their academics,” said Principal Cherron Ukpaka.

“I have to do is learn and get all happy faces,” Hill explained.  “I like to work hard,” he added.

MLK Jr. Elementary is also a school for healthy lifestyles, so it is exciting for the staff to connect health and fitness with the students.

Ukpaka said some of the kids may never get a bicycle if not for giveaways like this.

“Sometimes in life, you don't get the reward immediately and patience is a virtue,” Ukpaka told News 9.

This is the 14th year Academy Sports has done the bike giveaway. Between its 200 stores, Academy will donate over $250,000 in youth bikes and helmets this year.