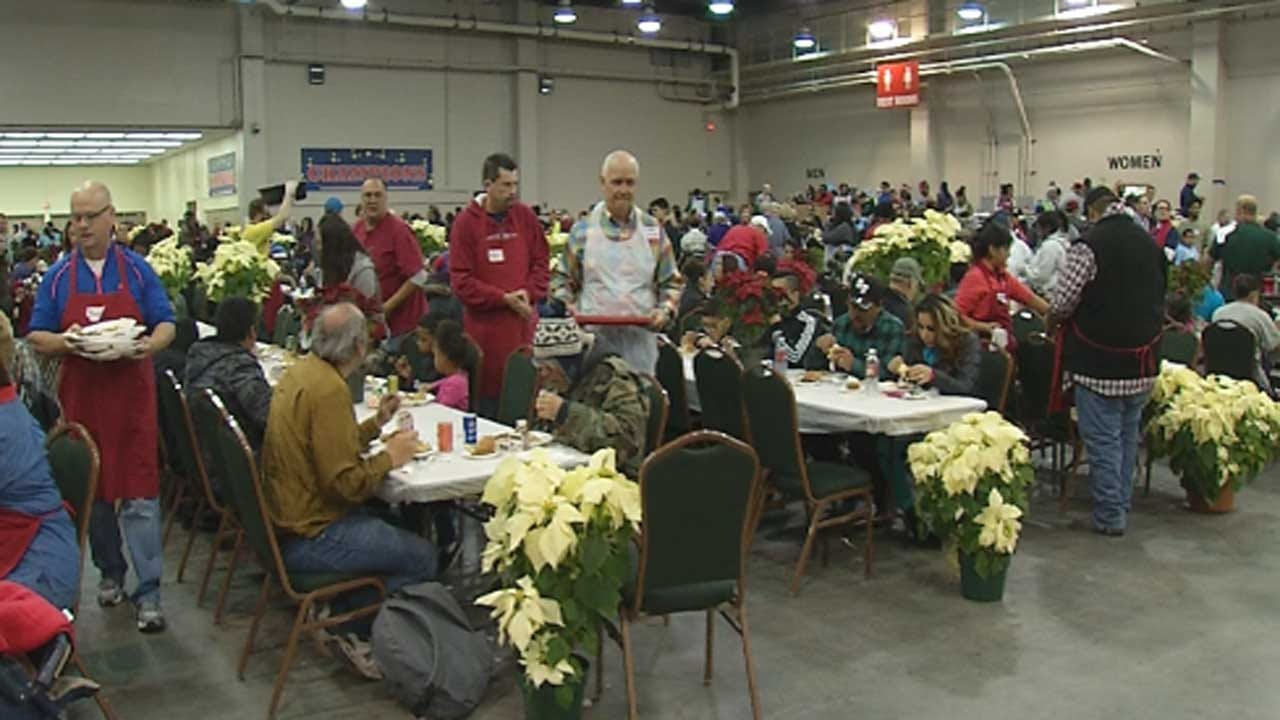 “It's my first time ever being homeless. There's a number of reasons that got me here to this position,” Christopher Alexander said at Friday’s Red Andrews Christmas Dinner.

Alexander choked up before he could finish his sentence as he sat with a plate of food in the crowded Cox Convention center in downtown Oklahoma City.

“Man it means a lot. It just means everything to me being homeless. It just feels like a blessing.”

As many take to recliners and sofas this Christmas, stomachs full of a large holiday meal. Thousands of Oklahomans will be spending their holiday differently; hungry. Recently released statistics that shed light on the state of hunger in Oklahoma, show more work can be done to fight food insecurity in the Sooner State.

According to the non-profit group Feeding American, more than 650,000 Oklahomans went hungry last year and nearly one in five Okies are considered food insecure.

Chronic hunger and homelessness also have major impacts on health. Conditions like heart disease, diabetes and obesity among adults have all been linked to food insecurity. According to the Kaiser Family Foundation, 67 percent of Oklahomans are obese, a condition doctors have linked directly to malnutrition.

But hunger can be hardest on children. More than 240,000 are expected to be hungry this year statewide and one out of four needs food stamps or benefits so they don't go to sleep with an empty stomach.

“Unless you're in an organization that deals with hunger on a daily basis, you don't really feel the impact,” said dinner director Gary Goldman.

More than 5,000 people made their way through the line at Christmas dinner, now in its 69th year. The goal of volunteers, Goldman said, is to give back in hopes of making one less day the hungry have to go without.

“It touches you. Once you do it once. Like I said earlier, you become a lifer. It's a pretty neat thing,” Goldman said.