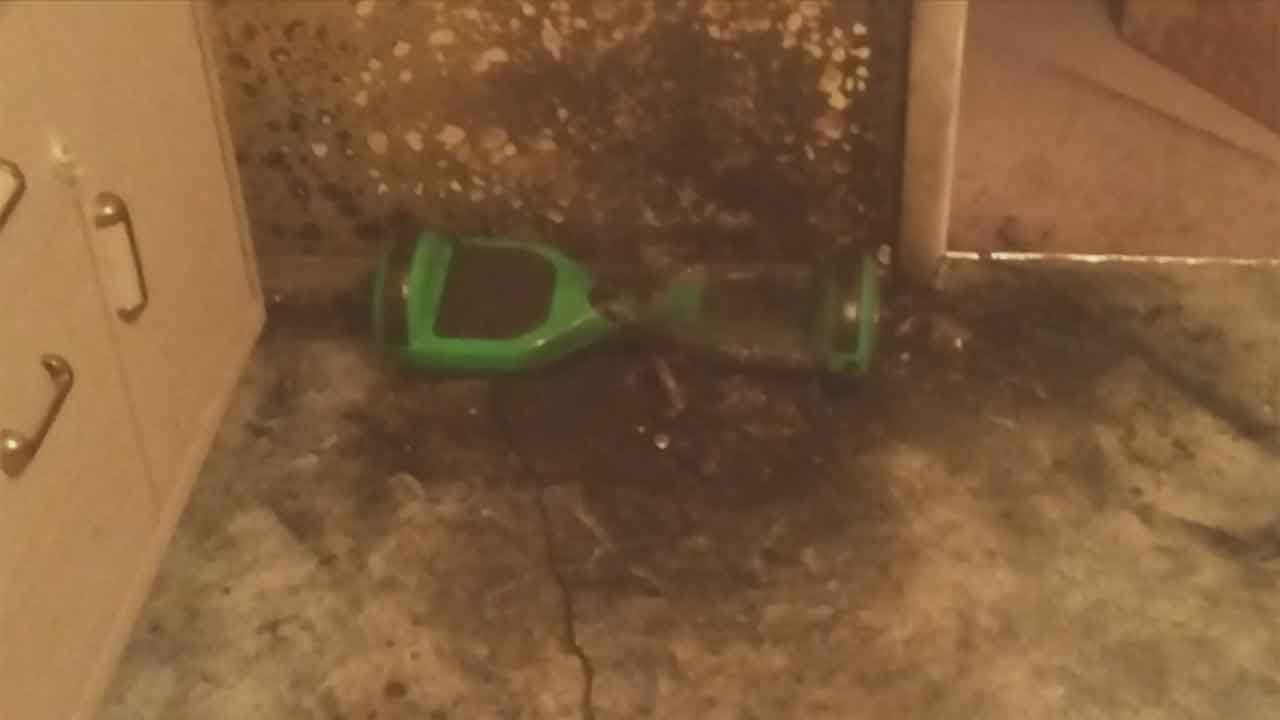 Hoverboards are one of the most popular gadgets right now, but they have also proven to be a hazard.

Andrea Martinez and her husband were at his parents’ house in southeast Oklahoma City Thursday, and around 11 a.m. they were all jolted from the couch by what sounded like several gunshots and looked like sparks flying across the hall.

“The house is catching on fire! I don’t know what’s going off from the light switches, I don’t know!” Andrea told dispatchers. “There were sparks!”

It was coming from the bedroom of Andrea’s 13-year-old nephew. And the hoverboard he just got for Christmas was on fire. Flames were several feet high and its smoldering hot batteries were shooting in all directions.

While the whole family got out, Andrea's husband fought through the smoke to unplug the hoverboard and throw water on the fire.

“It was really scary,” she said.

The blast left a big hole in the wall, burns on the bed and floor and black ash on every surface. One of the batteries ricocheted through a slim door opening to land on a bed in the next room and caught the mattress on fire. As for the hoverboard itself - it was pretty much obliterated.

Fire crews said this was the first incident in Oklahoma City involving this kind of toy. The person who bought the toy for the teen was out of reach Friday, so there is no word on where exactly it came from.

Luckily, nobody was hurt and what's damaged can be fixed. But in the meantime, the Martinez family wants to send a message to anyone considering a hoverboard.

“Be careful if you decide to get one. Be careful. But on our behalf, we say don’t get one at all,” Andrea told News 9.

There was a working smoke detector in the house at the time of the fire, but firefighters installed four new ones just to be safe.

An insurance agent visited the home to survey the damage on Friday afternoon.