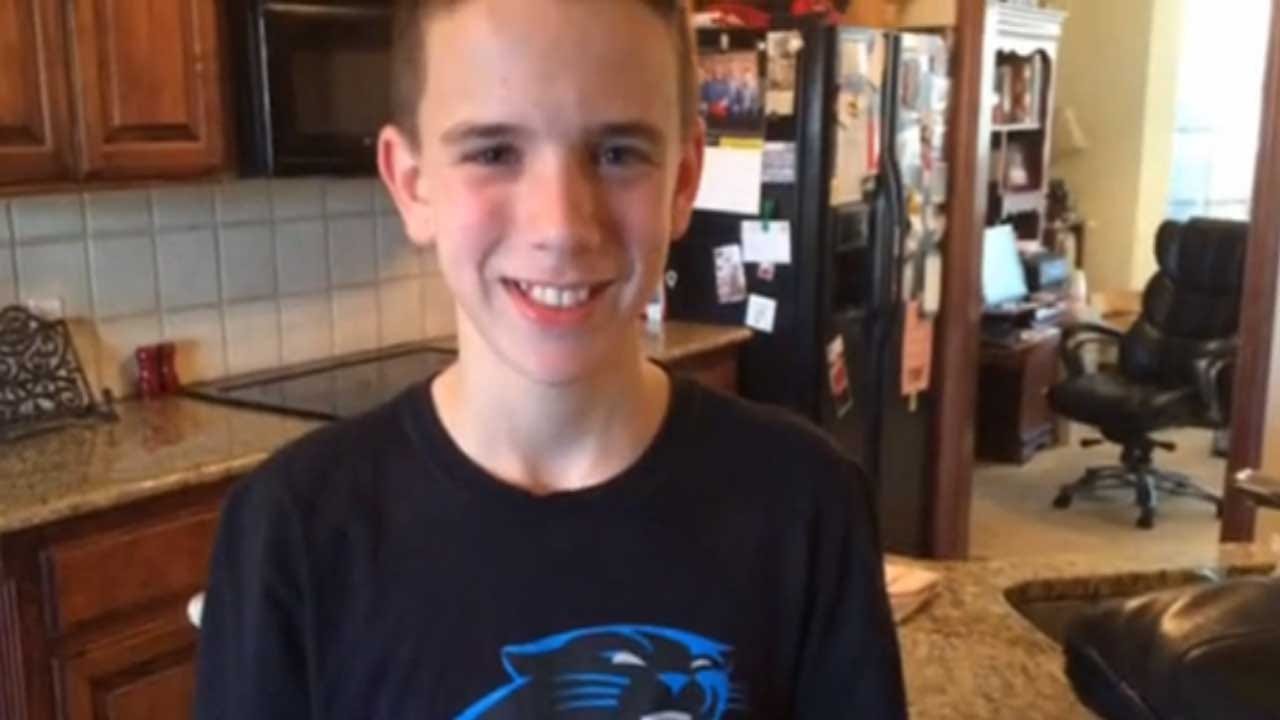 A 13-year-old Yukon boy who made national headlines a year ago, is getting fired up for the Super Bowl on CBS next Sunday.

Cade Pope wrote a letter to the owner of every NFL team last fall. He wanted them to tell him why he should be a fan of their team.

Last month, Richardson gave Cade’s family the VIP treatment when they attended a game against Atlanta in Charlotte.

Cade’s mother Heather said the experience has been a teaching tool for Cade, and his younger brother Coy.

“There were several people that he got to meet, we just had to reiterate to the boys, when you meet someone, you shake their hand strong, you look them in the eyes and you respect them.  You talk to them, and be humble about it all,” she said.

Coy Pope is a big Kansas City Chiefs’ fan.  When they heard about what happened with Cade and the powerful Panthers’ owner last year, to their credit, a member of the Chiefs’ organization came to the Pope’s house, and presented Coy and Cade some nice Chiefs’ gear.