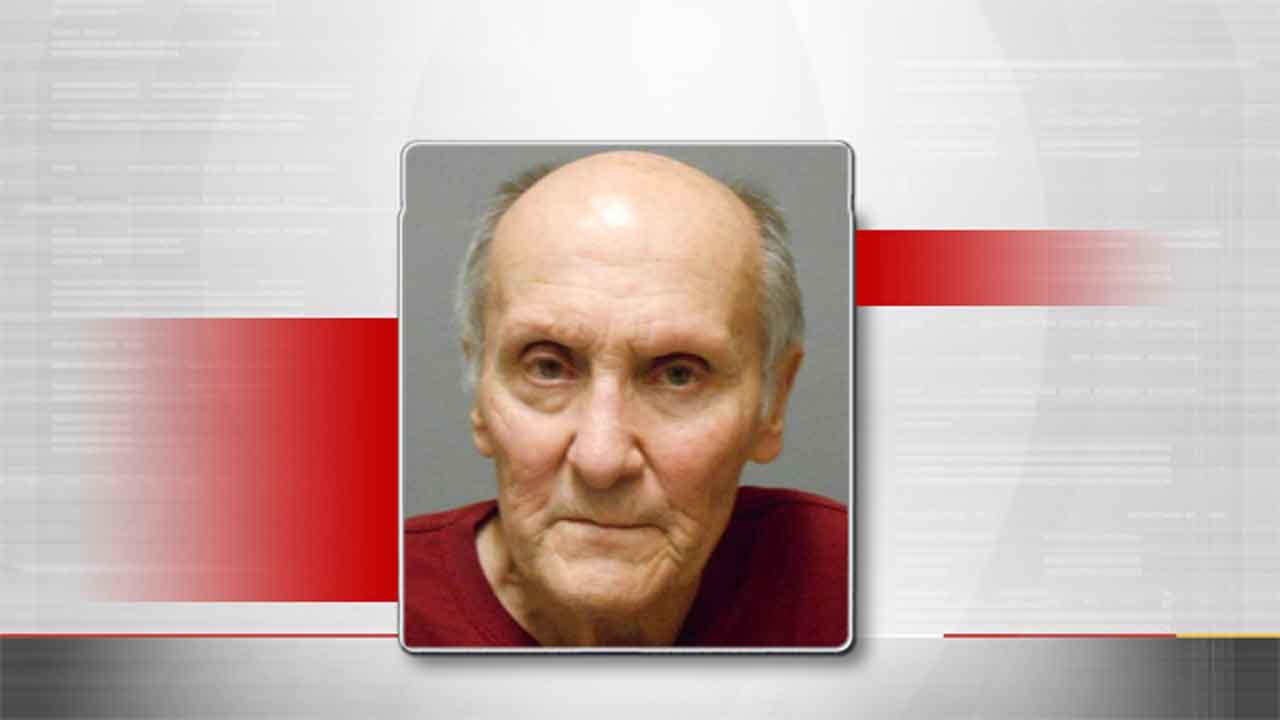 Police opened fire on a suspect after responding to an armed robbery call in Edmond, Monday afternoon.

According to police, officers were responding to the armed robbery call in the 1600 block of Chelsea Dr. That suspect, identified as 77-year-old Roger Wade Thornton, is accused of luring a neighbor into his apartment and pointing a gun at him.

Police say Thornton accused the victim of stealing one of his guns and threatened to shoot and kill them. Thornton then left the apartment and drove off. The victim then called 911 to report what had happened.

Officers were close by and located Thornton's vehicle quickly. The officers attempted to pull Thornton over, but he refused and led police on a short chase. Police say that in a neighborhood located at South Ave. and Kings Rd., Thornton pointed his weapon at the pursuing officers, prompting one of the officers to open fire. No one was hit.

Thornton was taken into custody soon after, when other police arrived on scene and blocked the roadway. At least three weapons were found in Thornton's vehicle.

Thornton was arrested for Armed Robbery, Kidnapping, two counts of Assault with a Deadly Weapon and Attempting to Elude.