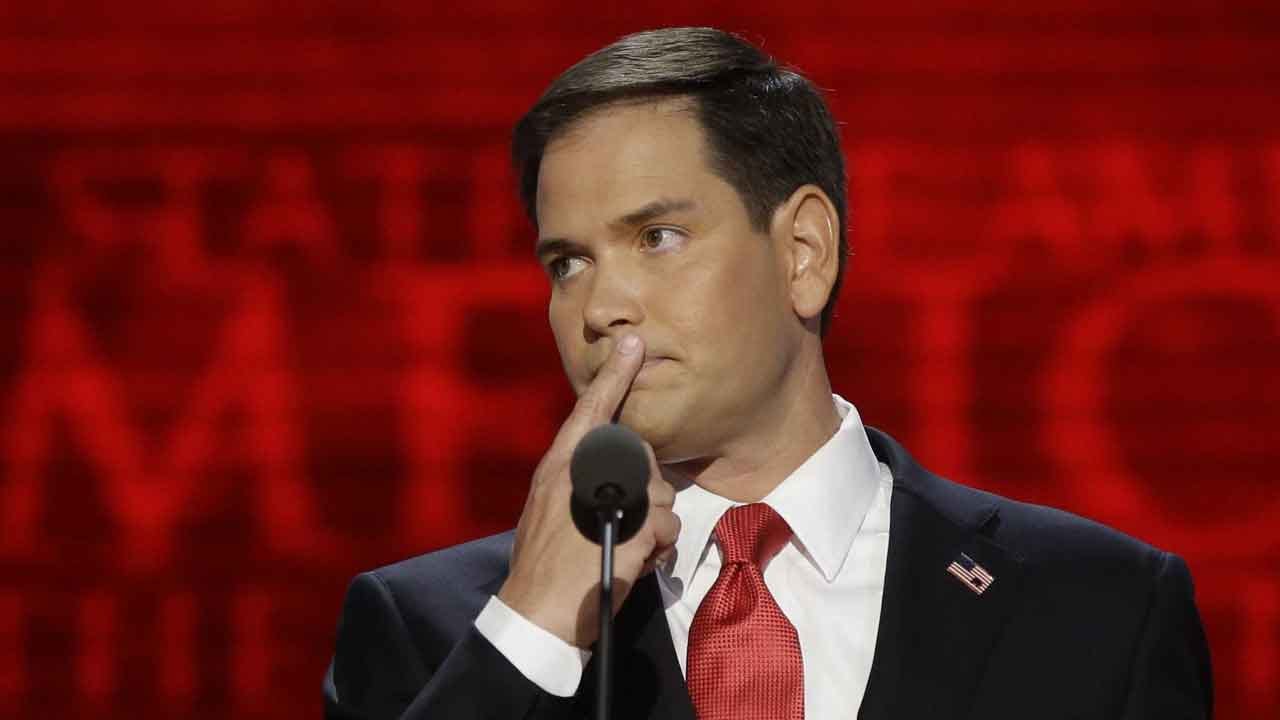 Marco Rubio on Tuesday night ended his White House bid after losing his home state of Florida in its critical winner-take-all primary.

"While it is not God's plan that I become president in 2016 -- or maybe ever -- while today my campaign is suspended, the fact that I've even come this far is evidence of how special America truly is," Rubio announced to his supporters at his headquarters in Miami.

The Florida senator dropped out of the presidential race after a brutal several weeks, lagging behind both Donald Trump and Ted Cruz in delegate counts and in numerous polls.

Just before his announcement, CBS News projected that Trump had won Florida -- a victory predicted by several recent polls. Earlier this week, Rubio said that the winner of the Sunshine State's primary would be the eventual GOP nominee.

"I want to congratulate Donald Trump on his victory, a big victory in Florida," said Rubio, who also took aim Trump's campaign, which he suggested is divisive.

He said he was proud he didn't run a campaign that has made people angrier and more frustrated and warned that the current political environment could be detrimental to the nation.

Rubio's campaign had planned for the candidate to campaign in Utah on Wednesday and Thursday and scheduled finance events in California over the weekend, but no details were provided.

For several weeks, he had been struggling to gain momentum, but even last week, there were rumors that he wouldn't stick it out until Florida's primary in Tuesday and bow out. On Friday, he even told reporters that his rival John Kasich has the best chance of beating Trump in Ohio where Kasich serves as its governor.

The senator attempted to position himself as the best establishment candidate to defeat Trump, but his efforts to engage in personal attacks with the GOP frontrunner might have backfired. Last week, Rubio said it was "getting harder every day" to back Trump if he wins the nomination.

His decision to end his presidential run comes nearly a year after he launched his bid last April. Rubio has served in the Senate since 2011 and previously served as speaker of Florida's House of Representatives. Throughout his campaign, whose theme was a "New American Century," he often touted his experience on the Senate Foreign Relations Committee.

Rubio's exit leaves Cruz as the only senator left in the race. If Kasich continues to run, the chances of a contested Republican National Convention in July could increase.