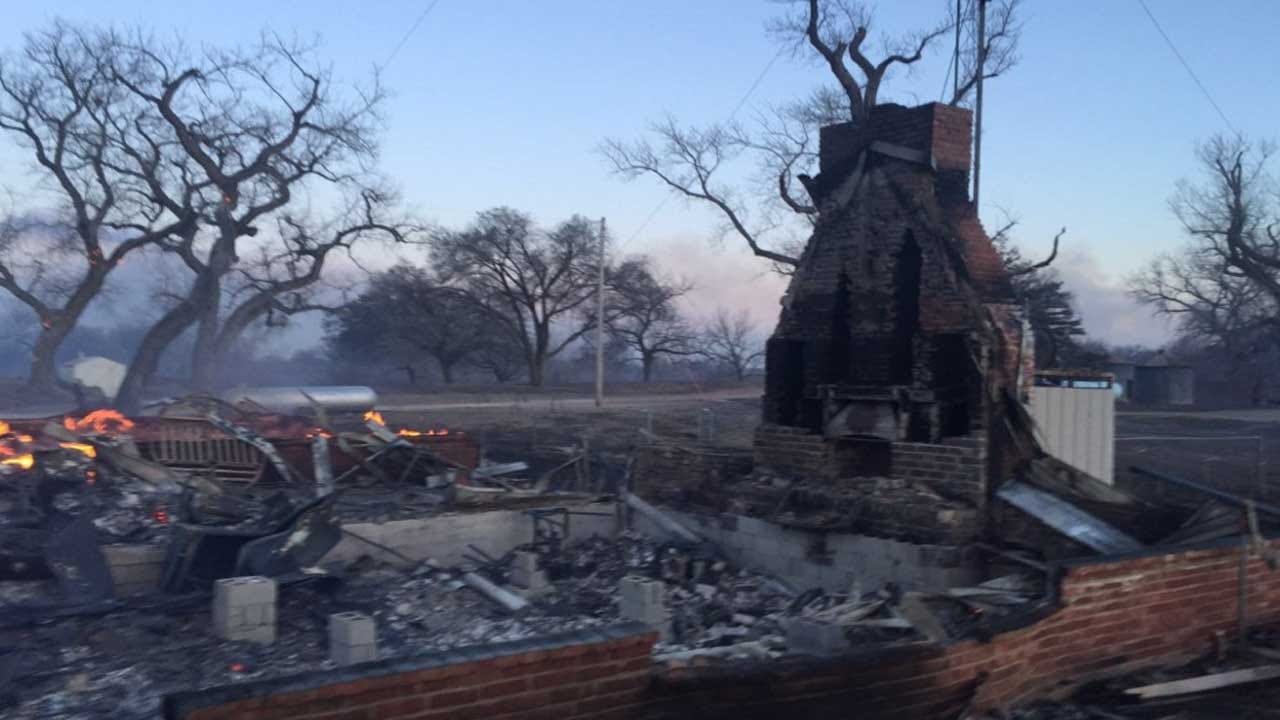 Firefighters are working to contain a large wildfire that started in Woods County, Oklahoma, on Tuesday.

According to the Oklahoma Department of Agriculture, Food and Forestry, very little fire growth occurred Thursday on the large Anderson Creek fire near Alva, Oklahoma. Officials said exceptional firefighting combined with lighter winds and cooler temperatures contributed to gaining some ground on suppression of the fire.

3/24/2016 Related Story: Victims Left Picking Up The Pieces As Wildfire Continues To Burn In OK, KS

“We concentrated our firefighters in areas with the highest potential for fire movement,” said Drew Daily, incident commander with Oklahoma Forestry Services. “The coordinated efforts of OFS, Woods County equipment and firefighters, county wildland task forces and Oklahoma National Guard helicopters are to be commended for the excellent work that was done on the fire yesterday."

A Red Flag Warning is in effect for a large portion of western Oklahoma Friday, with very high to extreme fire danger existing today west of a line from Osage County to Jefferson County. Low relative humidity with 30-40 mph wind gusts possible means that any on-going or new fire starts have the potential to burn with extreme rates of spread and erratic fire behavior.

Citizens are reminded to be very careful with any outdoor activity that might spark a blaze. Simple things like welding, grinding and charcoal grilling can ignite a fire in these conditions.