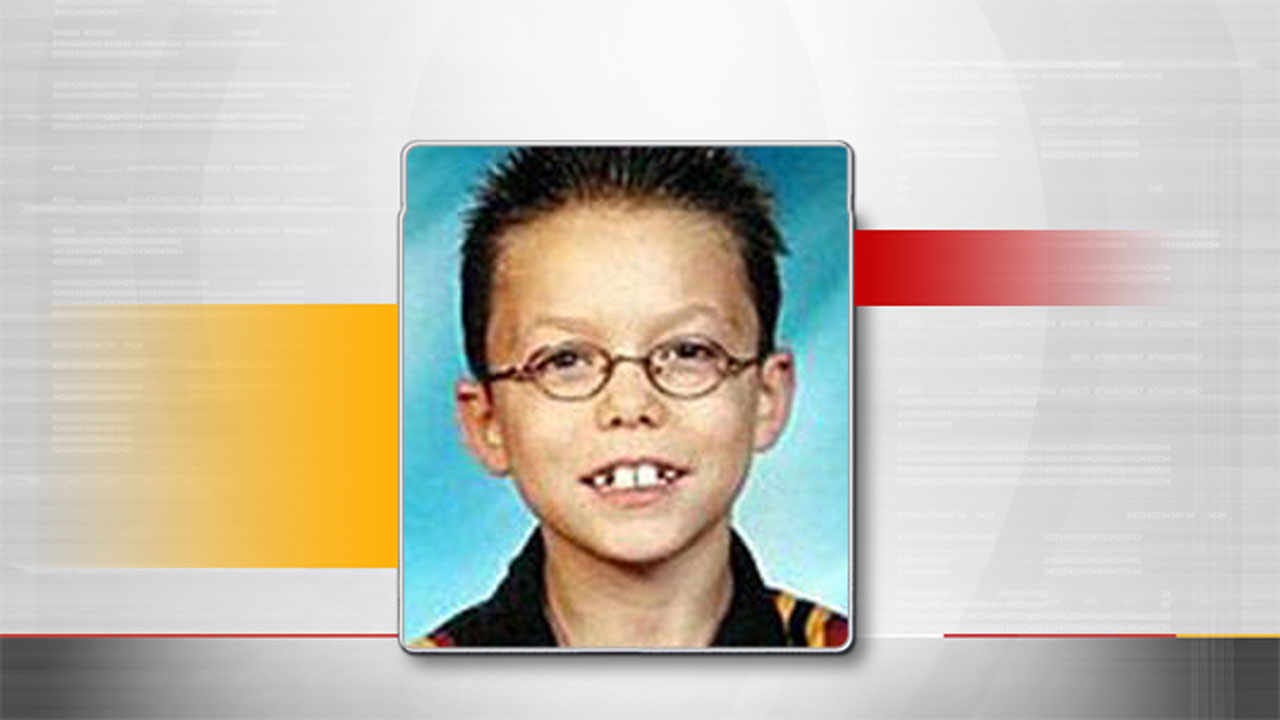 Court papers filed late Tuesday in Seminole County reveal the disturbing pattern of abuse against a boy, who went missing about 10 years ago.

The boy was reported as a runaway, but he has never been found.

Court papers reveal that on April 20, 2006, Colton Clark was reported as a runaway by his aunt and uncle, Rex and Rebecca Clark, who were also his adoptive parents.

Despite an extensive search by hundreds of volunteers, police search teams, dive teams, and even drones, Colton was never found and the case was classified as a "suspicious disappearance."

Then in September of last year, the case was reopened by the Seminole County Sheriff's office and the OSBI. Investigators met with Colton's brother Homer, who lives out of state and has since changed his name.

Court papers state he told investigators when the Clarks first adopted them, everything was good. But soon, things changed. The boys were pulled out of school and home-schooled and that's when the abuse began.

Homer told investigators both Rex and Rebecca would beat them. Rebecca would hit them in the face with a broom with such force it would break the broom handle, and Rex would use his fist and extension cords. He said one time he was hit so hard he passed out and woke up in a large pool of his own blood. Homer said Rex even used an electric cattle prod to wake them up and would force the brothers to drink their own urine.

The court papers go on to say when Homer tried to tell other family members about the abuse, the Clarks beat them even more, so he decided he would never tell anyone about the abuse again.

In March of 2006, Homer said Rex and Rebecca accused Colton of stealing a turquoise ring and began beating him in their bedroom. Homer said he saw Rebecca slap Colton very hard in the face and that his face was swollen and black and blue. He told investigators that the couple continued to beat Colton for almost an hour.

When Homer awoke in the middle of the night, he saw Colton laying on the couch but did not know if he was breathing or not. When Homer got up a few hours later, Colton was gone.

The affidavit states Homer always suspected Rex and Rebecca Clark had done something to Colton, but he told investigators Rex threatened to kill him if he snitched.

Homer said he was brainwashed to tell the story that Colton had run away, but said he knew Colton would never leave without telling him or without wearing his coat and boots.

Homer said Rex and Rebecca created a story on how Colton disappeared and would make him practice it daily. Homer said he regretted telling a lie to police because he believed it hurt the investigation.

Investigators also talked to another woman who claims she was sexually abused by Rex as a child and that she lived in fear of him. She also told investigators that she thinks Rex killed Colton.

Investigators also interviewed a person who rented a small trailer from the Clarks that was on their property back in 2010. It states one day Rex told him to get away from an old decaying bale of hay and to never dig in that area. Court papers state Rex said a cow had died and they had buried it there and he did not want it dug up and cause problems for the other cows.

Investigators also talked to other family members, teachers, counselors and even the former Seminole County Sheriff at the time, Joe Craig. Investigators believe substantial facts concerning the death of Colton as detailed by Homer have been confirmed and that is who 10 years later, an arrest warrant was finally issued for Rex and Rebecca Clark and that there is enough probable cause to say he was murdered by the couple at their property.

All this week, investigators and archaeologists have been digging and using sonar around the property, but have still not found any human remains.

Rex and Rebecca Clark are yet to be formally charged, but are accused of first-degree murder, death of a child by injuring torturing and maiming, abuse of a minor child, child neglect, and conspiracy to commit a felony.

The two appeared at a detention hearing on Tuesday and their next court appearance is scheduled for April 19 at the Seminole County Courthouse.