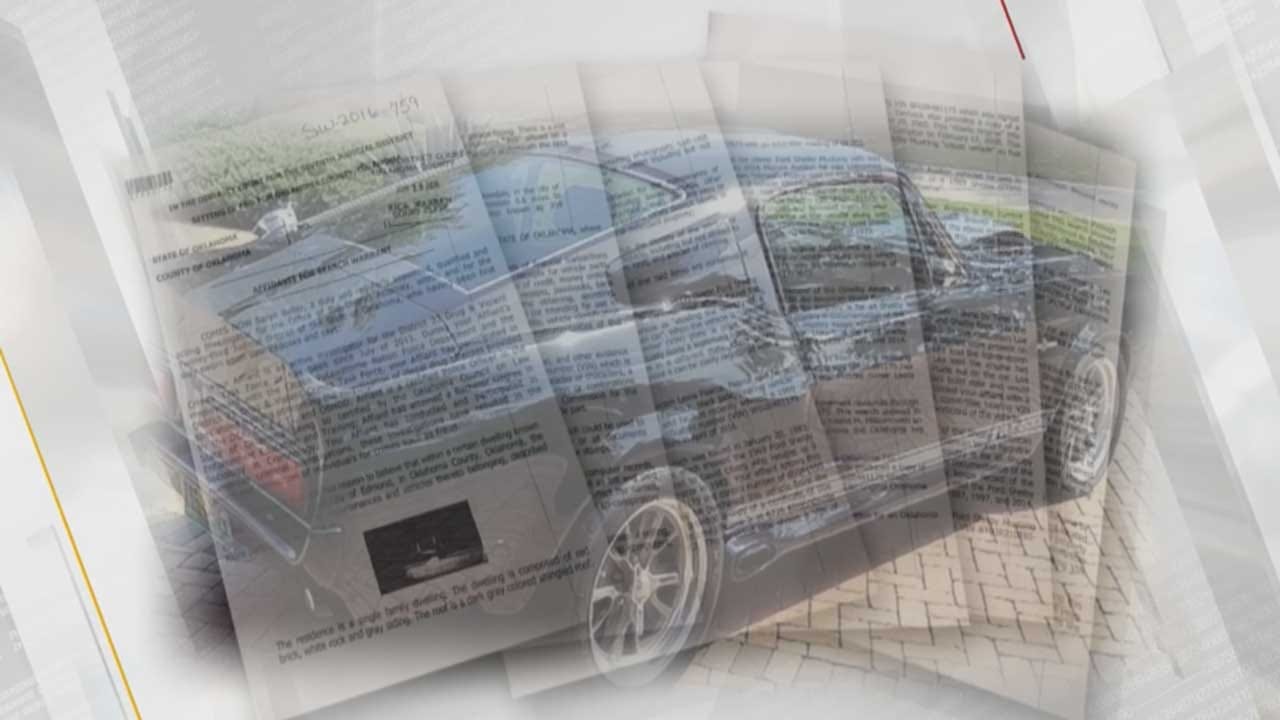 A multi-county investigation is underway into an alleged high-dollar car scam.

According to the search warrant filed in Oklahoma County, it was last month when the owner of a real 1969 Ford Shelby Mustang Fastback was told that a car with the exact same VIN number was being advertised on a classic car auction website.  And that the seller was from Edmond, Oklahoma.

The tax commission got involved and started investigating, and so did law enforcement. That's because some of these real classic Shelby Mustangs can appraise for up to a quarter of a million dollars!

Three weeks ago, a woman came forward and told authorities that she witnessed "VIN plates" being removed and new VIN plates being placed on cars at a Lincoln County car shop. She said she also saw VIN numbers grinded off or covered up in order to conceal the original number.

The investigation led authorities to a Canadian County property where they found a 1968 Shelby Mustang Convertible and also a 1969 Shelby Mustang Fastback. But the Fastback was missing the VIN plate on one of the fenders.

Now authorities are trying to determine if the two were fakes and if there was any cloning going on.

So far, no one has been arrested or charged in this case but the investigation is still ongoing.