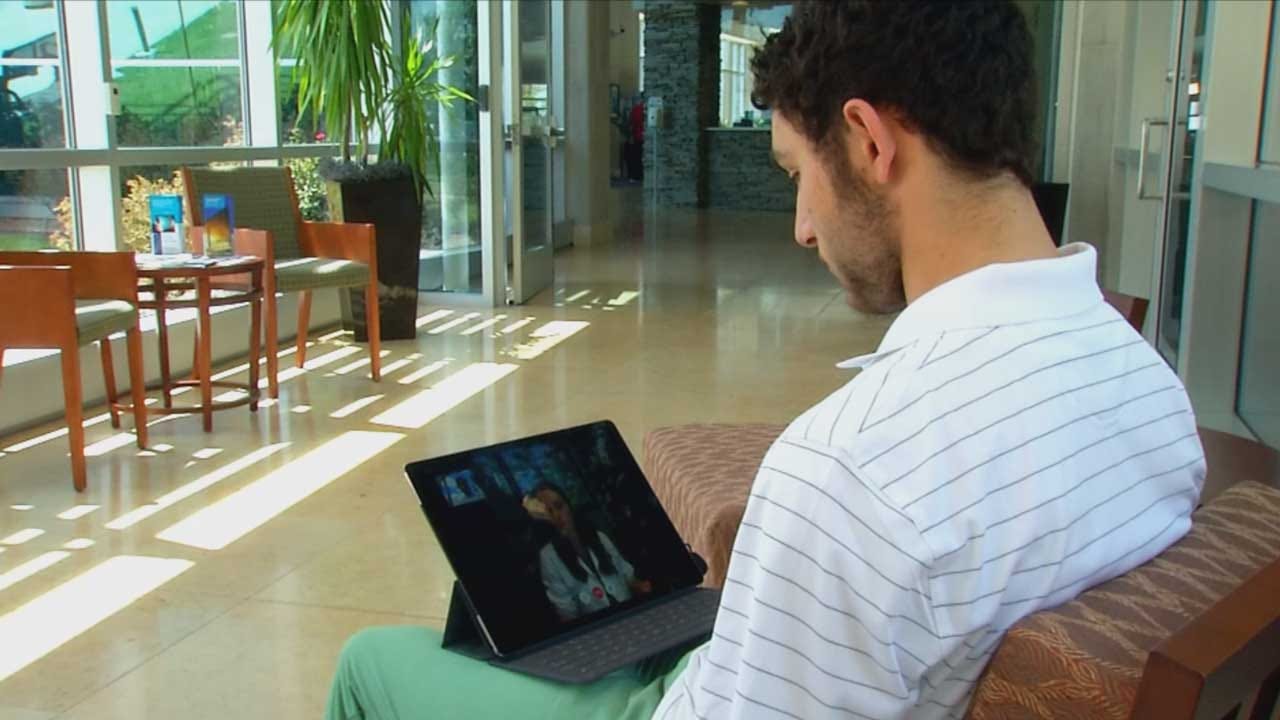 You can never plan an illness, they hit you when you least expect it, and sometimes that means outside normal business hours. So what do you do when you need a doctor after hours? Instead of resorting to an emergency room, you can now see a doctor face to face without leaving your house.

Sam Clark thought he had strep throat. He was unable to get in to see his doctor right away, so he tried something different. He called a doctor on his iPad for a virtual visit.

"It was kind of weird but also it was kind of normal with us younger generation, I feel like being so technology based with our worlds now and stuff I feel like it's almost kind of a normal thing," Clark said.

In the past year, 2,000 people have accessed an Integris doctor using any device with internet access.

"You can do it at any time but it's really for after hours when you think you need to see a physician but you're not really for sure," said Jeff Cruzan with Integris.

Through a series of questions and a virtual exam, virtual doctors can make a diagnosis for a number of minor illnesses such as colds, flu, sinus infections or skin rashes. During Clark's visit, he had to hold his laptop up to his mouth so the doctor to see inside.

"That was awkward, because it's like 'hey this doctor's looking through the camera through my phone and telling me whether or not I have strep throat,'" he said.

Dr. Katie Gieseke has been a virtual doctor for about a year. She previously worked in a family medicine clinic and urgent care center.

"This is a little different, getting used to not being able to touch your patient, so it's a bit of a change but I think a lot of providers know that the majority of the information you need to make a diagnosis is through the history," said Dr. Gieseke. "Hands on physical exams are important and needed at times and if it's needed we can send patients into the clinic."

Sam found out he didn't have strep at all, just allergies.

"It was nice that I could get that information without having to leave my house," he said.

If he had been diagnosed with something else, the virtual doctors are allowed to call in a prescription.

"It's not for people who need narcotics type medications, but anything else we can pretty much take care of that over the phone," said Cruzan.

According to the Oklahoma Medical Board less than 10 percent of Oklahoma doctors do some form of virtual visits.

"What we don't want is for the convenience to take the place of real medical practice," said Lyle Kelsey with the Oklahoma Medical Board.

As far as oversight, Kelsey says the burden is on the physician or hospital.

"The real day to day oversight is the physician themselves of course and then any network or company they may work for, hospital they may be related with, to make sure they are doing things properly," Kelsey said. "We're concerned for patient safety but that really is kind of the extent of it, we don't go out and monitor these situations."

In fact, the Medical Board doesn't get involved until it gets a complaint and so far, there haven't been any filed. As far as the visits themselves, they are not for life threatening emergencies and shouldn't take the place of regular visits with your health care provider.

You don't have to have insurance to use a virtual doctor through Integris, each visit costs $39 per visit for anyone.