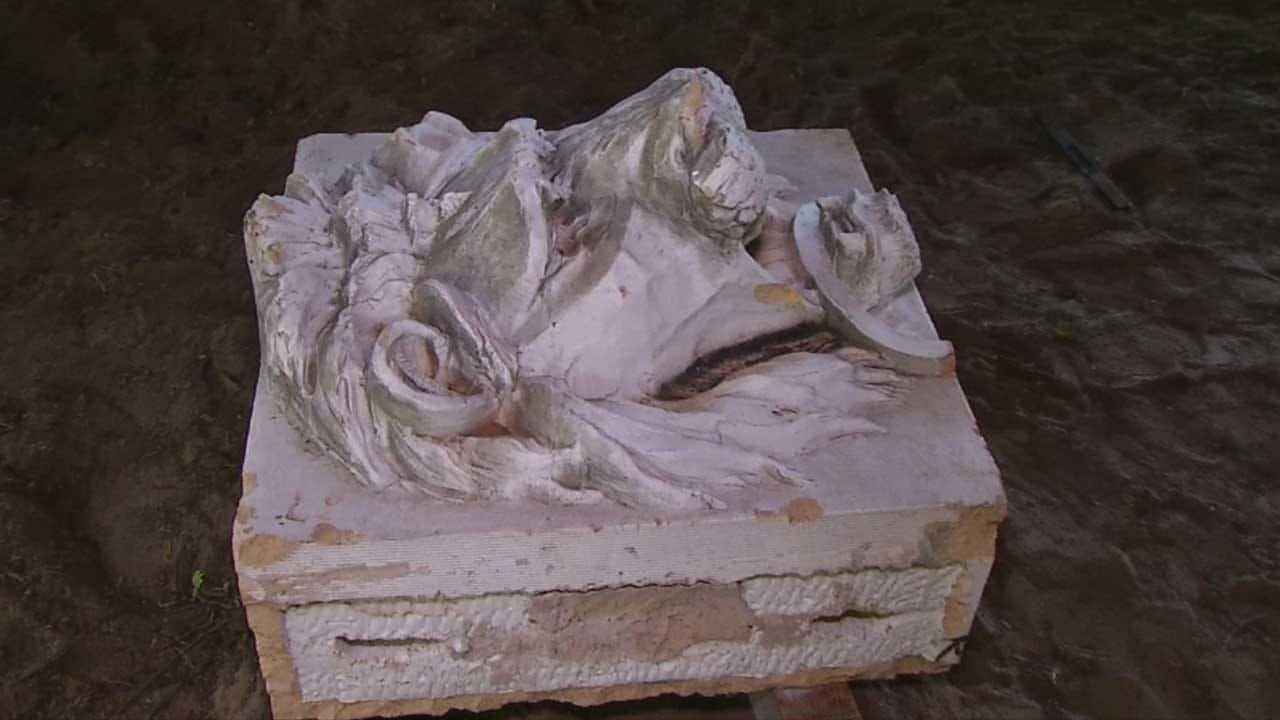 Some OKC artifacts thought to gone forever, have been found and relocated.

A millstone from OKC’s first flour mill and a lion’s head ornament that sat on the city’s old trolley barn, have been relocated to Jones, where there are plans to give the items a permanent home.

“It's kind of like putting a puzzle together,” said local historian Randy McMillin about the search.

McMillin is the VP of the Oklahoma City-County Historical Society and a Jones City Council member.

“He’s really a forgotten father our of our state,” said McMillin about the man responsible for bringing the railroad to Jones and become OKC’s mayor.

The mill burned down in 1897 and millstone was lost. In the 1960’s, it was unearthed and put on display in Santa Fe Plaza in downtown OKC.

Several years ago when the plaza was renovated, construction crews moved the millstone and the lion’s head to their office in Edmond.

“For some reason we were never contacted,” said McMillin, who started tracking down leads to find the pieces of history.

Thankfully, the company in charge of renovations had held on to the artifacts and McMillin retrieved the stone and lion’s head.

“It was like Christmas,” added McMillin, who has placed the millstone outside the Jones Historical Society building at 1st and Boston in Jones.

McMillin is now working on a permanent home for both items in Bricktown along the river.