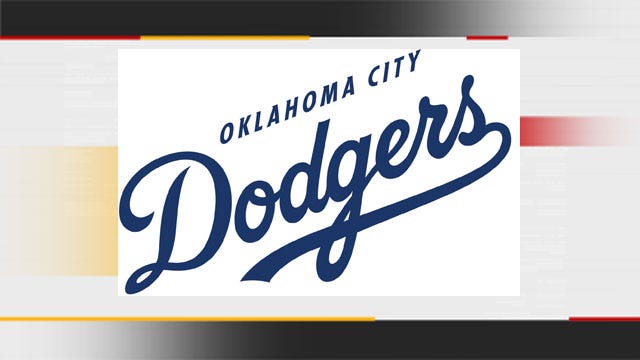 The OKC Dodgers took down the Reno Aces 9-3 on Friday night behind starting pitcher Jose De Leon's solid performance where he struck out 10 batters over 5.2 innings at Greater Nevada Field.

With the win, the Dodgers (53-38) evened the four-game series at one game apiece. It was OKC’s 11th win in the last 13 games overall, as well as the team’s 10th victory in the last 12 road games. The Dodgers also improved to 7-1 in games following their last eight losses.

Although De Leon (2-0) worked into the sixth inning, all of his season-high 10 strikeouts came over his first five frames, marking the fourth double-digit strikeout game by a Dodgers pitcher this season. De Leon started off his night by retiring seven straight batters, including five straight strikeouts at one point.

He allowed two runs and five hits, with three walks. De Leon held the Aces 2-for-10 with runners on base, including 1-for-7 with runners in scoring position. He threw a season-high 102 pitches, with 59 strikes.

Los Angeles Dodgers outfielder Joc Pederson opened his rehab assignment by reaching base in three of four plate appearances, going 1-for-2 with two walks and a run scored.

The Dodgers broke a scoreless tie by scoring four runs with two outs in the third inning. Barnes plated the first run with a RBI single coming on a 0-2 pitch. Later with Barnes at first base and Rob Segedin at third base, the Dodgers pulled off a double steal with Segedin taking home, making it 2-0.

Walters finished the rally by hitting a two-run homer out to right field for his 10th home run of the season.

The Aces (47-45) cut the deficit in half in the fourth inning. Kyle Jensen lined a RBI double to right-center field to get Reno on the board. Then with two outs, Carlos Rivero roped a RBI single to make it 4-2.

Reno edged closer in the seventh inning. With runners at second and third base with one out, Mitch Haniger hit a sacrifice fly to right field, not only cutting OKC’s lead to one, but putting the tying run at third base. Dodgers reliever Matt West got Peter O’Brien to ground out to end the inning and keep the Dodgers in the lead.

The Dodgers got a lot of breathing room in the eighth inning. With two on and two out, O’Koyea Dickson came off the bench to deliver a pinch-hit, three-run homer out to right field. It was the team’s first pinch-hit home run of the season, as well as Dickson’s 10th blast of 2016.

OKC kept it rolling in the ninth inning. Barnes hit a RBI double off the center field fence, and Culberson finished things off with a RBI single.

Grant Dayton retired all six batters he faced over the final two innings to wrap up the win, with four strikeouts. Dayton and West combined to retire the final nine batters of the game, and the OKC pitching staff racked up 15 strikeouts throughout the contest.

The Dodgers seek to gain the edge in their series Saturday night in Reno starting at 9:05 p.m. Central time. Live coverage begins 15 minutes before the scheduled first pitch on AM 1340 "The Game," 1340thegame.com, or through the free iHeartRadio mobile app.