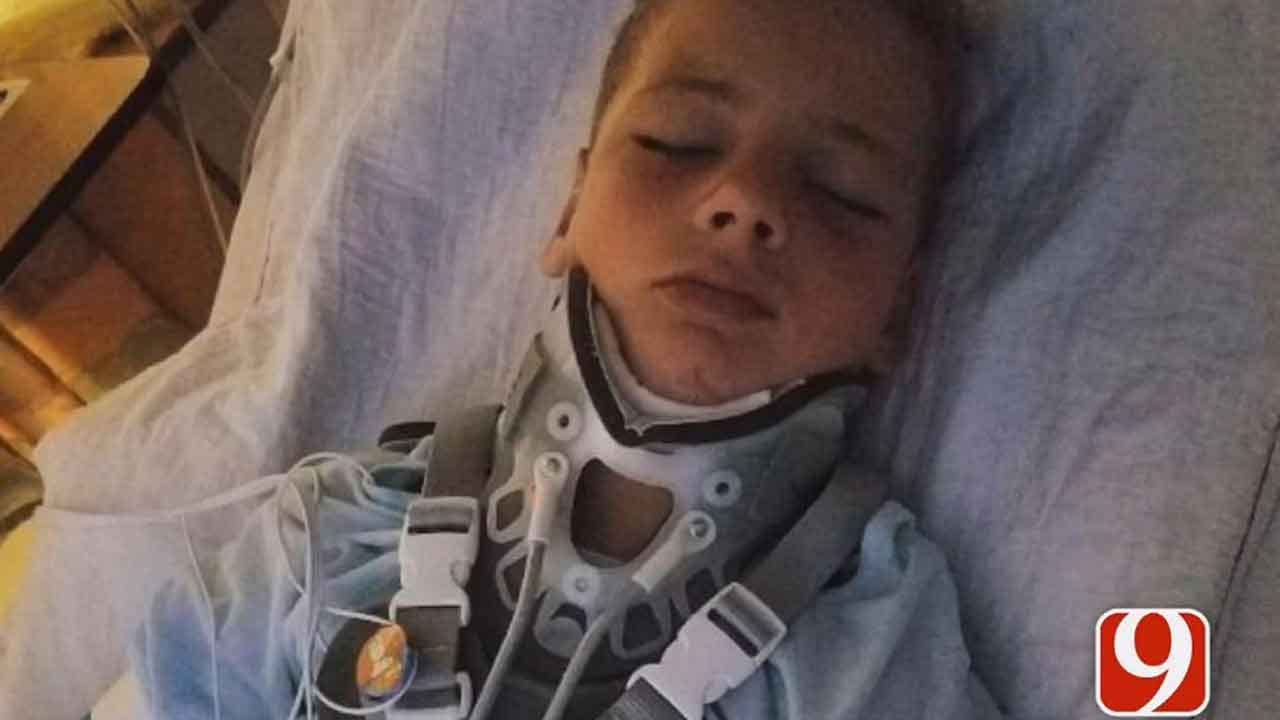 Ian Mitchell, 9, went go karting at his grandmother’s home on Sunday. It’s something that Ian has done numerous times, always wearing a helmet. But this time the gas pedal got stuck, sending him speeding into a barbed wire fence.

“The barbed wire caught him around the neck and ripped him from the kart,” his father Joe Mitchell said, “He tried to break, I saw it.”

With ligament damage and a dissected carotid artery in his neck, Ian's family is just grateful he's alive. But his father Joe is still haunted by the accident.

“When you stop for a second, I mean for me, that whole scene replays frame by frame, what happened,” said Joe.

Now he's focusing on urging parents to make safety a requirement and not an option for their kids. He says it's a big reason his son is all smiles and thumbs up.

“The one thing really for us, with him, he’s going to heal. Yeah, it may take some time, that’s going to heal, but there’s other kids that maybe weren’t given that talk of, you need to wear a helmet.”

With medical bills from the unexpected crash piling up, Joe and his family say they're humbled by the support.

A family friend has created a GoFundMe page for Ian and his family. At last check it has raised more than $4,000 in just 18 hours.