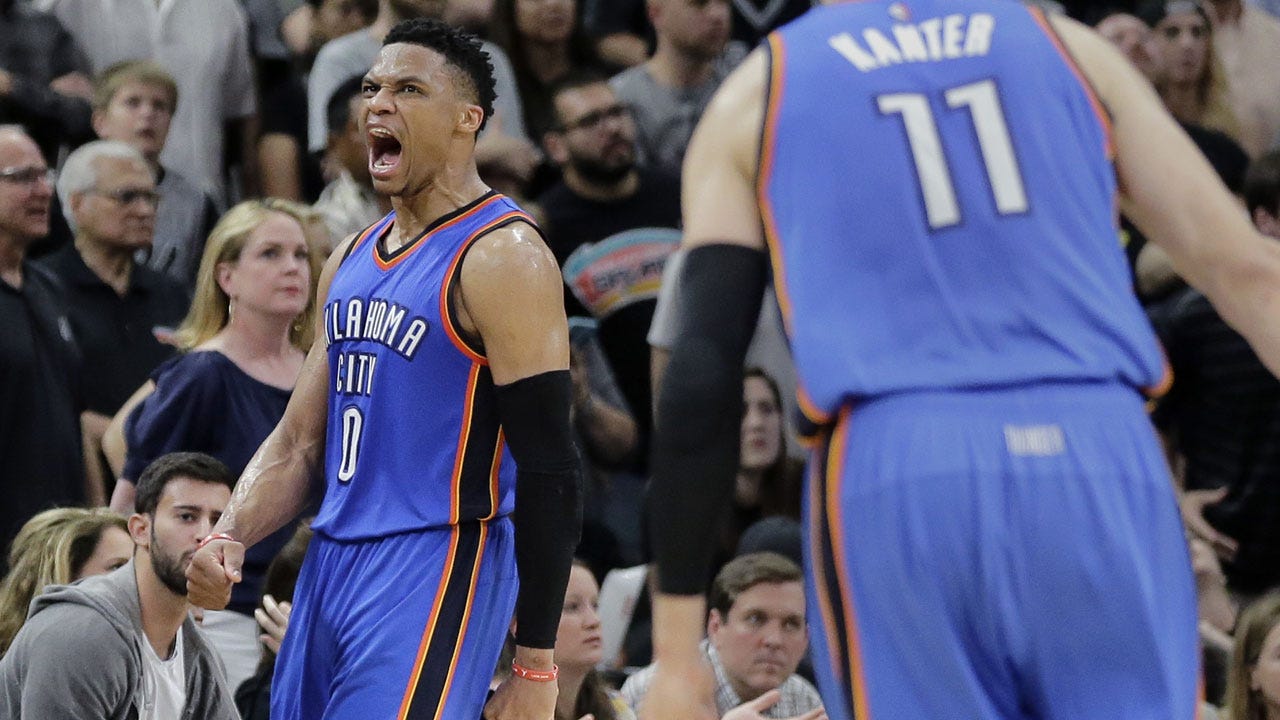 With the news of Dion Waiters signing a 1-year deal with the Miami Heat, the Thunder is now in position to make its first bold statement since the departure of Kevin Durant: sign Russell Westbrook to a multi-year extension.

Related: Cameron Payne Has Foot Surgery, Expected To Be Ready For 2016-17 Season

Oklahoma City rescinded Waiters rights last week, making the former Syracuse guard an unrestricted free agent. But since the Thunder didn't renounce him, OKC still had his bird rights, and therefore had a $12.8 million cap hold on the books until Waiters signed with his new team. That very cap hold has prevented the Thunder from officially being able to offer Westbrook an extension, until now.

In his current deal, Westbrook is set to make $17.7 million this upcoming season, but the superstar point guard could up that number to $26.5 million for this year if he were to sign a maximum extension. It was speculated earlier this month that Westbrook had no intention of signing an extension before he's set to hit free agency next summer with a projected rising salary cap, but ESPN's Royce Young makes a good counter argument to why Westbrook may be enticed to commit to the Thunder past this season.

While the rising cap would allow Westbrook to make more per year if he were to wait until free agency, with the lower projections, it wouldn't be as much as he'd make overall with close to an extra $9 million in his pocket that he otherwise wouldn't have.

So basically Westbrook could wait until next summer and sign a max contract with either the Thunder or a new team, but since the cap likely won't go up as much as originally projected, Westbrook would make more money in the long run if he signed the extension.

If Westbrook were to completely reject the idea of an extension and fail to give the Thunder any reassurance he's planning to re-sign, OKC would then be forced to explore the market for a potential trade. Losing both Durant and Westbrook in back-to-back summers with nothing to show for it would be catastrophic for the organization.

But there's some reason to be optimistic if you're a Thunder fan. Young also reported that Westbrook wants to play this season in OKC, and there's growing belief he will think heavily about an extension, but will first weigh every angle before doing so.