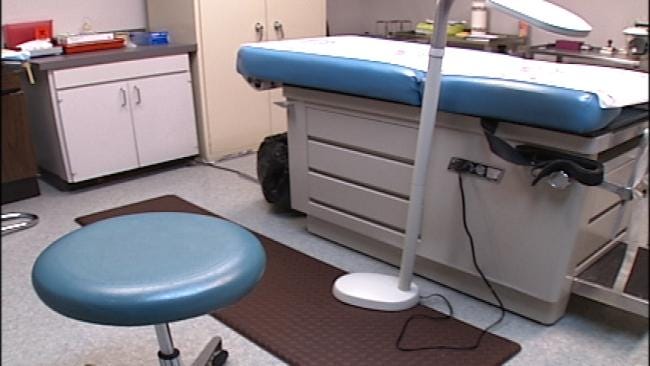 In a Tuesday morning meeting, the Oklahoma State Board of Health passed rules on anti-abortion signs that would be required to be placed in any bathroom open to the public, according to a law passed in the last Legislative session.

The law is titled the Humanity of the Unborn Child Act. It was an omnibus anti-abortion measure which included the promotion of anti-abortion lessons in classrooms and the creation of an information webpage by the State Department of Health (SDH) based on the anti-abortion website awomansright.org.

It also requires all bathrooms licensed to the SDH to post signs reading, "there are many public and private agencies willing and able to help you carry your child to term and assist you after your child is born, whether you keep your child or place him or her for adoption. The state of Oklahoma strongly urges you to contact them if you are pregnant."

The sign would also be required to post a link to the SDH page, although the department logo is not required to be on the signage.

The signs are required to be posted by 2018 and will be in places like schools, restaurants and hospitals. Conservative estimates on the cost are more than $2 million and the state did not designate money to help shoulder the cost.

“We do, unfortunately, have that comes through the state government or maybe under the best of intentions, unfunded mandates,” Oklahoma Hospital Authority president Craig Jones said.

He added the signs are an added burden on hospitals during a time when many healthcare providers are increasingly cash strapped. He said it's not an ideological problem; it's a practical one.

“We weren't taking a position on the overall focus of it, but the practicality of it was troubling,” Jones said.

What is officially on the signs still has to be approved by the Legislature and the governor, which could also mean changes and possible funding to post the signs. But what businesses are hoping is that regulations like these aren't going to become more common next year.

“Regardless of the interest and the focus the implications can be much more farther reaching than what they intended at the outset,” Jones said.

It’s still unclear whether the signs will be posted in the bathrooms for both men and women, but the Board of Health did strike original rules requiring the signs to be placed outside bathrooms.

“The proposed signs are another attempt by politicians to control women and judge them for the decisions they make,” according to a statement released by the CEO of the Trust Women South Winds Women's Center in Oklahoma City.

Misty Foley McKenna, spokeswoman for the Oklahoma Coalition for Reproductive Justice also criticized lawmakers in a statement, saying, "As our states budget dwindles, we would love to see our lawmakers address the real issues that Oklahoma families face such as childcare, healthcare, and safe neighborhoods. For some reason, our state lawmakers continue to waste precious resources on attempts to undermine safe access to abortion care."

One of the bill’s authors, state Sen. AJ Griffin, R-Guthrie, told the Associated Press she may revise the measure in the upcoming session.

"I do see how it is going to need to be tempered a tad," said Griffin. "We need to make sure we have something that's reasonable and still effective."