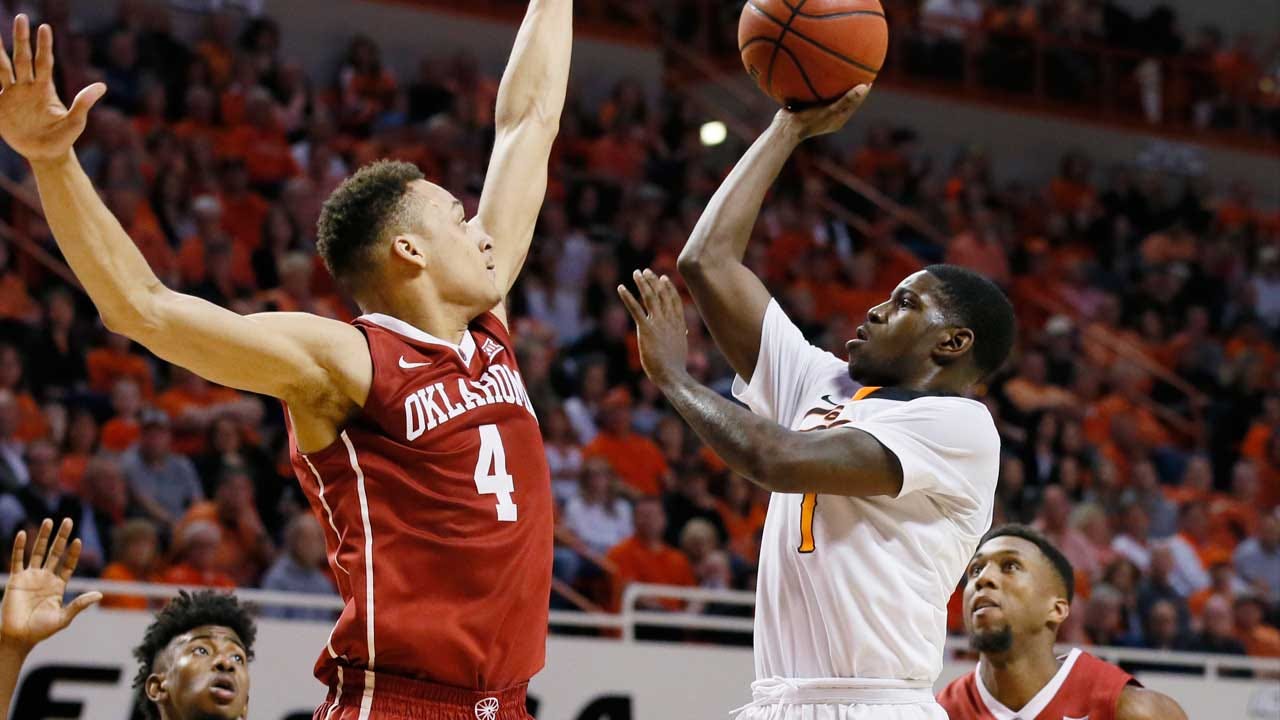 Oklahoma State point guard Jawun Evans used some late-game heroics to lead the Cowboys to a pair of wins last week, and on Monday it earned him a third Big 12 Player of the Week honor.

Evans posted a 27-point, nine-assist performance in the Bedlam win over Oklahoma that saw the sophomore score 16 straight OSU points in the final 6:36. He did nearly the same thing at TCU, scoring 10 points in the final 7:26 in the victory at TCU. In total, Evans scored 16 points and had a career-high 12 assists against the Horned Frogs.

Evans is one of just four power conference players nationwide averaging at least 16 points and 6 assists per game in league play. Overall, Evans ranks second in the Big 12 in scoring (18.2) and assists (5.8), and he is third in steals (2.0).

He and the Cowboys will head to Manhattan, Kansas to take on Kansas State on Wednesday night. Tipoff is slated for 8 p.m. on ESPNU.