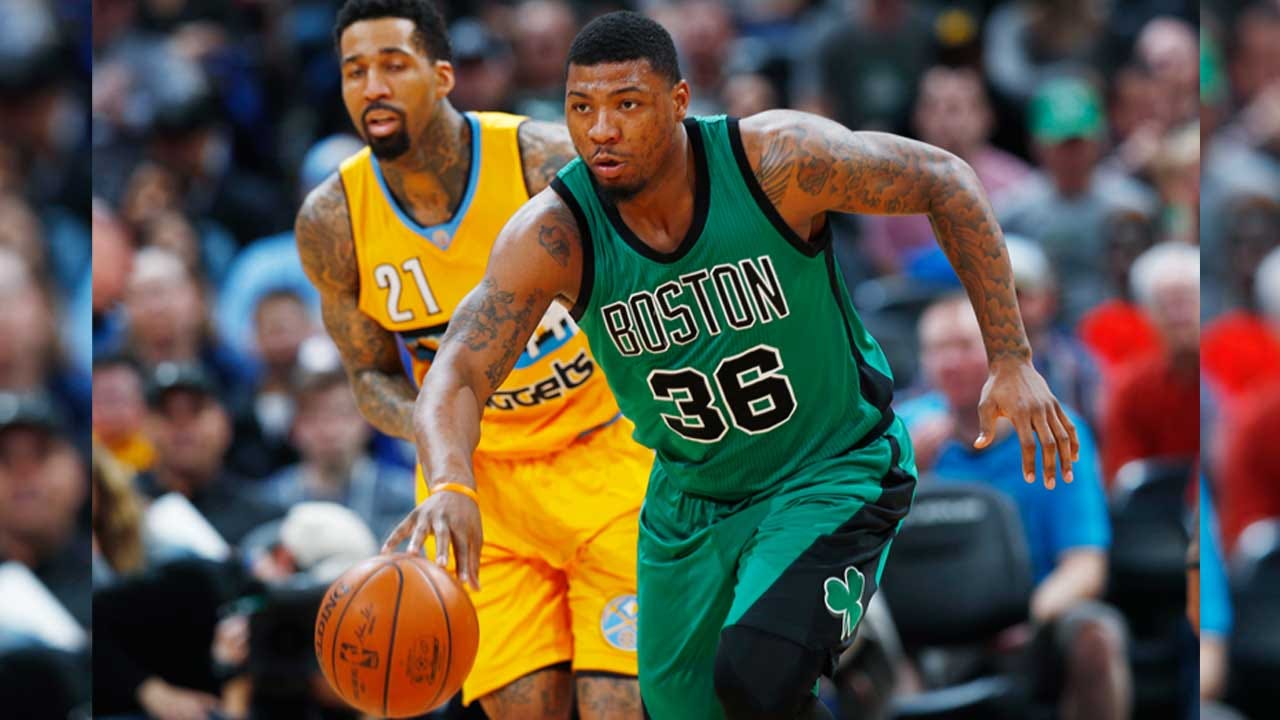 Former Oklahoma State All-American Marcus Smart is about to partake in his third playoff series in as many years, but this time will be different. This time the Celtics are the No. 1 seed in the East.

In A Great Time To Be A Celtic, Smart details his ups and downs in Boston since being picked sixth in the 2014 NBA Draft, including a funny anecdote about Boston accents and 10 minute conversation with a nice old lady at an AT&T store in Cambridge. Suffice it to say “Harvard” and “harbor” were tough to distinguish for the then-rookie point guard.

Smart says he, like the Celtics, has embraced the underdog role. The underdog always has to play harder than those taller, faster and stronger. Still, Smart calls this Celtics team the most talented team he’s ever been on.

“I know I don’t pour in the points — we’ll let Isaiah do most of that — but I try to make up for it with steals, rebounds, defensive stops, deflections (I love deflections). Everyone down the roster does that, too. Our team doesn’t have a roster of superstars, but if you add us all up, we like to think that we can be a superstar-style team. We have a group that buys into the mentality that we’re all for one and one for all.”

Smart is one of five Celtics averaging double figures this season – 10.6 ppg. He leads the team in steals (125) and is second in assists (364) despite coming off the bench for most of the year. Head Coach Brad Stevens calls Smart the Swiss Army Knife, often asking Smart to stop the opponent’s best scorer even if that means the 6-foot-4 guard has to play power forward. He guards LeBron, he guards Paul Millsap and it won’t be a surprise if he ends up checking Jimmy Butler for a while in this upcoming series against the Bulls.

The Celtics have been overlooked all season and perhaps they’re still being overlooked, even as a 1-seed. Cleveland is the favorite to advance from the East and 3-seed Toronto has the same odds to win the conference as Boston.

Smart and the Celtics have been bounced in the first round each of the last two years, but he says this year is different.