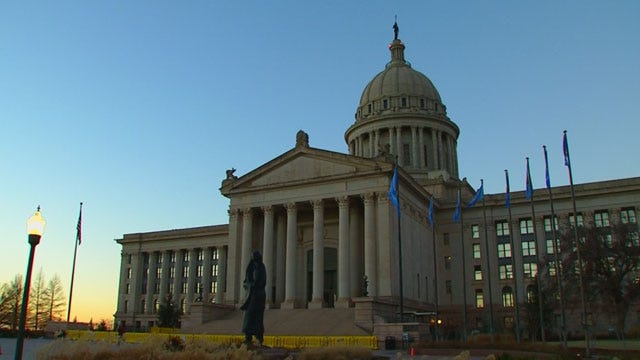 A consortium of conservative Republicans say they’ve identified a billion dollars worth of savings and new revenue that could fill the state budget hole and provide teachers raises, without raising taxes.

The 22-member Republican Platform Caucus said there’s still plenty of fat to trim for the budget before dipping into taxpayers wallets.

Tops on the list, the group said, is to eliminate all non-essential, non-instructional employees in higher education. They said that would save $328 million.

The groups also wants to eliminate the film tax credit which is estimated to save $5 million.

Another saving measure would be to eliminate transferable tax credits. Often companies are given credits as incentives. If the value of those credits is higher than their tax liability, the excess credits can be sold.

“Millions of tax credits that are Oklahoma tax dollars that we’re basically just losing that with the proverbial opening of the capitol dome and money’s just flying out,” said Rep. Mike Ritze, R-Tulsa.

Ritze said eliminating the transferable tax credits could save $160 million to $200 million.

The caucus said there are 82,000 non-English speaking students in the state.

“Identify them and then turn them over to ICE to see if they truly are citizens, and do we really have to educate non-citizens?” Ritze asked.

The caucus thinks that could save $60 million.

“Swag would be like if you want to do advertising you want to put your logo on a pen and you’re a government agency, you want to go out there and hand it out for getting your name out then we feel like that’s a waste. It’s not necessary,” Ritze said.

The caucus asked News 9 not to reveal every detail of their plan because they’re still in negotiations with legislative leadership.

Ritze said he thinks it’s important for Oklahomans to know lawmakers can balance the budget without raising taxes.

UPDATE: In an interview with News 9 on Friday, Gov. Fallin said about a citizenship test for non-English speaking students, "That's not on the table for me. I'll just take that off the table right now. Real simple."