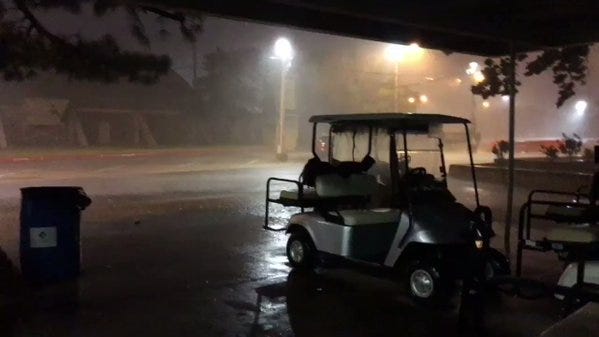 An Independence Day celebration planned at State Fair Park in Oklahoma was cancelled at the last minute Monday night, due to severe weather.

Red, White and Boom is an annual event that kicks off with a 90-minute concert presented by the OKC Philharmonic. Due to the possibility of rain, the orchestra cancelled early in the evening. However, spectators were told fireworks would still begin around 8:45 p.m.

Just as fireworks were going off, Oklahoma City Police recommended attendees be evacuated due to heavy lighting in the area. Many were asked to shelter-in-place inside the Modern Living Building until the storm passed.