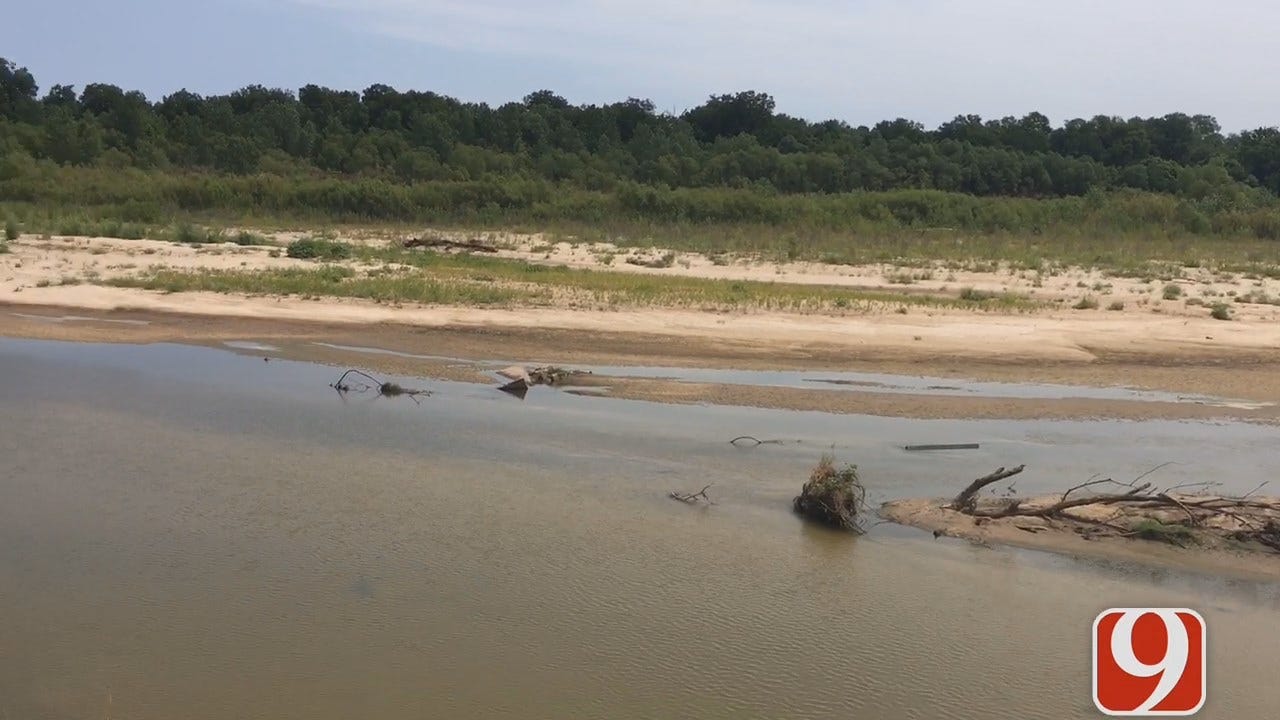 Oklahoma County Commissioners are permanently closing a section of Triple-X road near Choctaw.

The spreading erosion has caused a cavity beneath Triple-X road, leading to spider web cracks in the pavement.

"The spider web cracking as I understand it in layman's terms as a non engineer, if you hit the right pressure point it would be like a rick of wood.  Just split right down,” said Oklahoma County Commissioner Brian Maughan. “I personally have seen it split off six inches at a time."

Doug Gragert owns a home right next to the river. He says erosion is slowly eating away at his land too.

"They've got to block this off,” Gragert said, pointing to the river. “I'm a property owner here. What's going to happen to me? The next time we have a bad spring like we had five years ago, I'm going to lose everything, and I've lived here 35 years. That's not right."

However, solving the problem is easier said than done. The issue is tied up in a mess of government red tape.

"Really the Army Corps has jurisdiction over the river and this has changed quite a lot over the past several decades and their policy is to basically allow it to naturally correct itself," Maughan said.

In other words, Gragert is out of luck.

"I would be very concerned if I were him,” Maughan said. “The army corps has said they're going to let this thing go and they're the feds. They have the ultimate jurisdiction. Nobody tells the feds what to do."

"That's not a good course of action. That's not acceptable,” Gragert said. “It's gotta be fixed."

As for Triple X Road, it's up to the City of Choctaw if they want to try to move it. City Manager Ed Brown said he's weighing all options now.