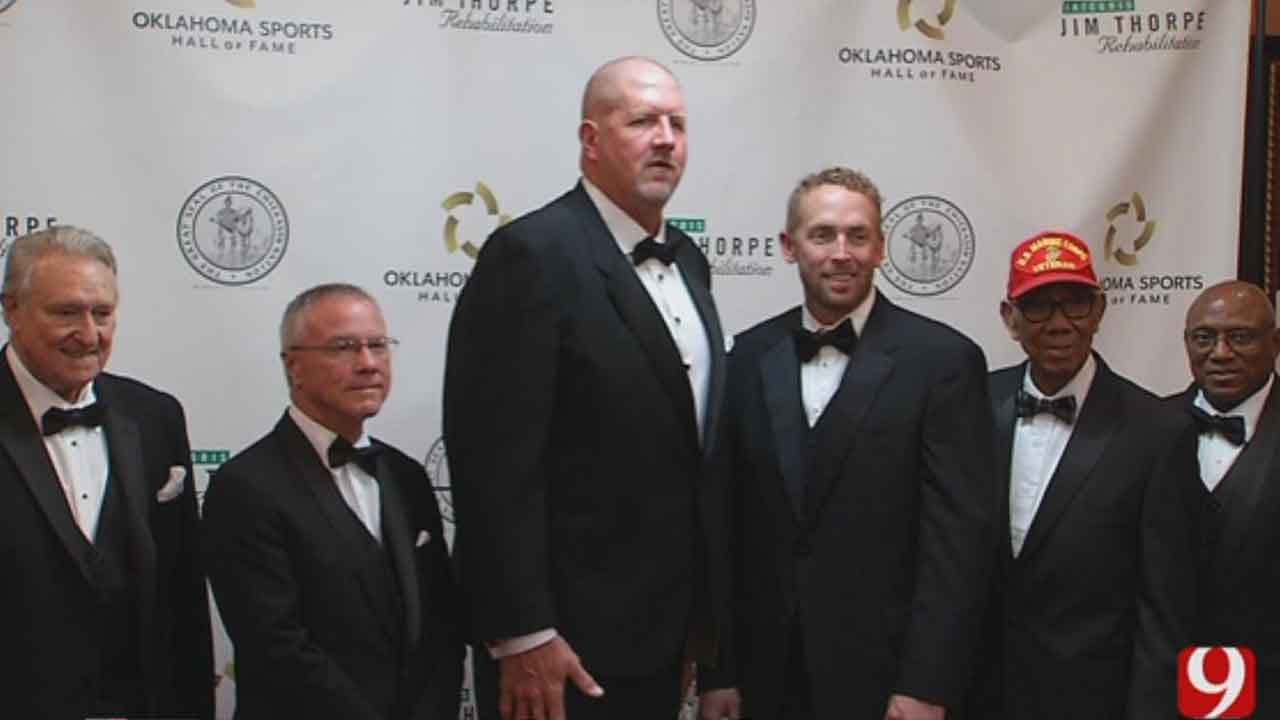 Doug Blubaugh (deceased) (Wrestling) - Three time national wrestling champion at Oklahoma State University. Won two National AAU freestyle titles and gold at the Pan-American Games in 1959, and earned a place on the 1960 U.S. Olympic Team, where he won the gold medal at 160.5 pounds in freestyle. Head coach of the U.S. Team at the 1971 Pan American Games, and was awarded the Wrestling Coach of the Year by the U.S. Wrestling Coaches Foundation.

Bill Krishner (Football) - Two-time All American at University of Oklahoma. Led the country in rushing offense and total offense during Sooners' 1955 and 1956 national titles. Drafted in the third round of the NFL in 1958 by Pittsburgh Steelers. Inaugural Dallas Texans player. All-AFL in 1960 and an AFL Western Division All-Star in 1961 while playing for the Texans.

Bryant "Big Country" Reeves (Basketball) - NCAA All-American at Oklahoma State University. Led the conference in scoring in the 1992-1993 season, and led the conference in rebounding all four years he was at OSU. holds the OSU record for most points scored in a season. Drafted sixth overall, in the first round of the 1995 NBA Draft by the Vancouver Grizzlies. He spent his entire NBA career with the Grizzlies.

Jason White (Football) - University of Oklahoma Heisman Trophy Winner in 2003, and set school records for touchdown passes in a season. Named the Associated Press Player of the Year, unanimous All-American, consensus Big 12 Offensive Player of the Year, and the Davey O'Brien Award winner. White finished his collegiate career as the University of Oklahoma's all-time leader in career passing yards and touchdown passes.