Inside The JFK Assassination Files 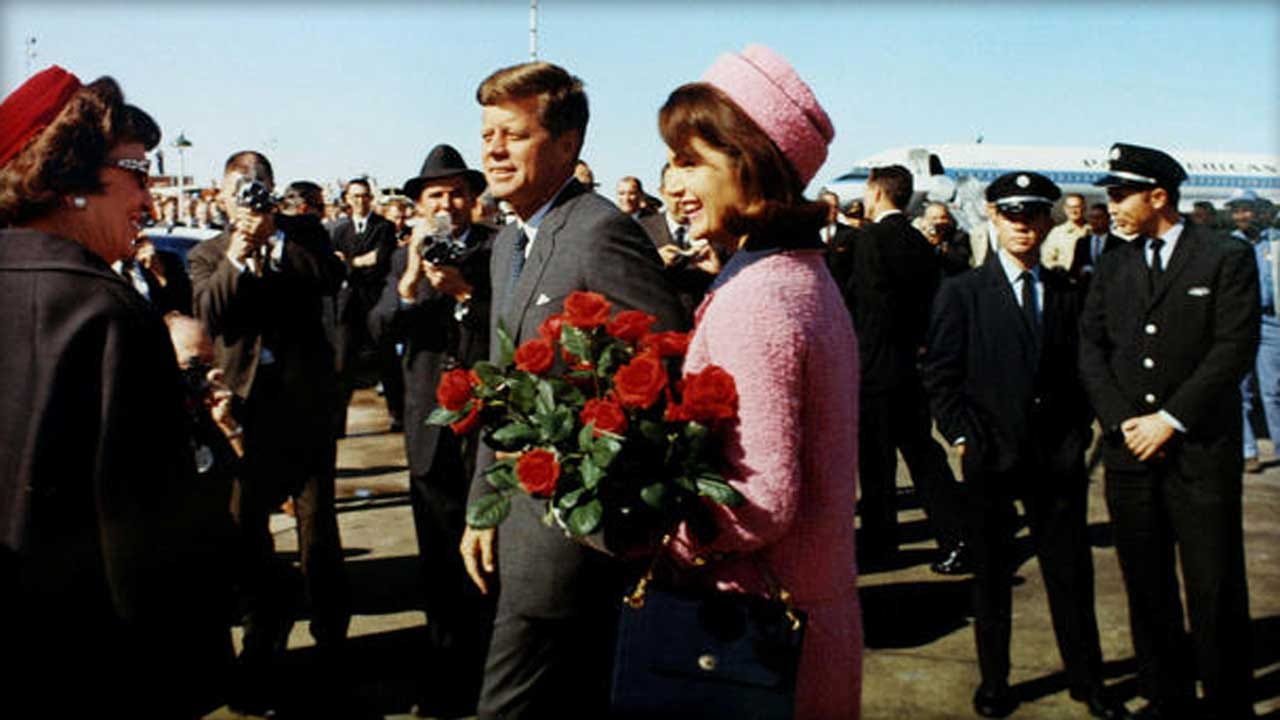 The U.S. government has finally begun releasing its last files pertaining to the 1963 assassination of President John F. Kennedy.

Historians and scholars are almost unanimous in their belief that Lee Harvey Oswald, a 24-year-old former Marine, was the lone gunman when Kennedy was shot and killed on November 22nd, 1963. This is also remains the official story of the U.S. government. However, polls have consistently shown that a majority of Americans believe that Kennedy dies as the result of a conspiracy. A CBS News poll from 2013 found that 61 percent of Americans believed that more than one man was responsible for the assassination.

The latest collection of files includes over 3,100 documents that together run tens of thousands of pages. Of those documents, 2,800 are expected to be released Thursday night. They are being released in keeping with a 1992 law that stipulates that the documents must be revealed by Thursday.

CBS News will be reviewing the documents as they become available.

London reporter received anonymous tip before JFK assassination
Memo from FBI director to Dep. CIA Director James Angleton, dated 11/26/63: A cable from the London CIA station four days after Kennedy's assassination told of a UK reporter, from the Cambridge News, who, on Nov. 22, 1963, had received anonymous tip to call the U.S. embassy "for some big news." Twenty-five minutes later, British Security Services MI-5 calculated, Kennedy was shot. The reporter had a solid reputation and said he had never before received a call of this kind.

Oswald's killer was already on FBI's surveillance radar: Jack Rubenstein, also known as Jack Ruby, killed Oswald. But he was on the FBI's radar as early as August 6, 1962, more than a year prior. The first time a surveillance that either monitored, overheard, or made a mention of Rubenstein was August 6, 1962. The FBI decided to review any records related to that surveillance.

FBI memo discusses Oswald prior to JFK assassination: A document originating with the New Orleans office of the FBI appears to discuss Lee Harvey Oswald before he killed President Kennedy. The document, marked "10/25/63," indicates that an FBI agent or agent was keeping up "with Cuban sources" for information relating to the Pro-Castro "Fair Play for Cuba Committee," which Oswald was a member of.

The document says that the committee appears to have gone dormant since Oswald left the area, and that the "Dallas Division for information" is searching for Oswald. It says that if Oswald has relocated to Dallas "he may inaugurate an FPCC branch in that area."

The FBI warned of a death threat to Oswald: A report directed by then-FBI Director J. Edgar Hoover said the FBI received a call at its Dallas office threatening Oswald's life the night before he was shot and killed by Jack Ruby.

"There is nothing further on the Oswald case except that he is dead," says the Nov. 24, 1963 document originally marked "secret." "Last night, we received a call in our Dallas office from a man ... in a calm voice and saying he was a member of a committee organized to kill Oswald."

The document also mentions Hoover's suspicions that Ruby was an "underworld" figure "with the reputation of being a homosexual."

Reactions of Soviet leaders: A 1966 FBI document discusses how the Soviet Union reacted with "great shock" to President Kennedy's assassination, and that "church bells were tolled" in his memory. Some within the ruling Communist Party believed that the assassination was in fact a "coup" initiated by the "ultraright." They were also worried that a rogue US general might use the lack of leadership to fire a nuclear weapon at the Soviet Union.

The memo, citing a source, goes on to state that Soviet officials denied any involvement with Lee Harvey Oswald, who had briefly defected to the Soviet Union years before: "They described him as a neurotic maniac who was disloyal to his own country and everything else."

The document goes on to cite a second source who said the assassination shocked Soviet diplomats who would preferred having Kennedy at the head of the US government, in part because they knew little about Lyndon Johnson.

The KGB's chief officer in New York City, Boris Ivanov, described Kennedy's death as a "problem" for his agency. Ivanov also told his agents that he believed that a conspiracy had been involved in Kennedy's assassination, and that the KGB should find out what really happened. He emphasized the need for the KGB "to determine precisely what kind of man the new president Lyndon Johnson would be."

The document further notes that a defector "whose bona fides have not been established" said that the KGB believed Oswald to be unstable, in part owing to a suicide attempt he undertook while in Soviet custody. This defector also said that Kennedy was held in "high esteem" by the Soviet government, and that KGB guards were posted outside the American embassy to prevent any "disrespect" from being shown.

1960 document discusses "sex parties": One new FBI document discusses a "high-priced Hollywood call girl" and friend of Los Angeles private detective Fred Otash, who had "convicted of horse race fixing." The woman in question contacted members of the FBI's Los Angeles field office to tell them that Otash had asked about her "participation in sex parties" that included then-Senator John Kennedy, his brother-in-law Peter Lawford, Frank Sinatra, and Sammy Davis Jr. She also told agents that she knew of no such sex parties.

Otash later implied to the FBI that "Confidential" magazine was "looking for dirt on Kennedy or Lawford" that it could use before the 1960 election.

Castro denies involvement in Kennedy assassination: One of the documents discusses a 1978 trip to Cuba by members of the House Select Committee on Assassinations, which was formed in 1976 to investigate the killings of President Kennedy and Martin Luther King, Jr. On April 3rd, 1978, the document says that the members met with Cuban dictator Fidel Castro, "who assured the Committee that neither he nor his government had any involvement in the assassination of President John F. Kennedy."

The CIA discusses Bill Ayers: A 1969 document discusses William "Bill" Ayers, then a member of the Students for a Democratic Society and soon after a leader of the Weather Underground, a leftist terror group that carried out bombings across the United States. The document discusses a speech Ayers gave at American University in which he calls for a war against American "imperialism."

1975 "statement of facts" on foreign assassination plots: A document from 1975 lays out some of the CIA's efforts to assassinate foreign leaders, including Fidel Castro. The document discusses CIA contacts with the Mafia, including mob boss Sam Giancana, for the purposes of assassinating Castro.

The document indicates that the CIA explored "the possibility of producing crop failures by the introduction of biological agents which would appear to be of natural origin" as part of that effort.

"It was suggested that the matter of attacking and harassing of Soviet personnel within Cuba should be considered," the document also states.

"Every single one of the approximately 18,000 remaining CIA records in the collection will ultimately be released, with no document withheld in full," the CIA statement added. "While some of these 18,000 records currently contain targeted redactions, the information redacted represents less than one percent of the total CIA information in the collection."

Trump releases statement: President Trump said Thursday evening that the public "deserves" to know as much as possible about the assassination, "executive departments and agencies (agencies) have proposed to me that certain information should continue to be redacted because of national security, law enforcement, and foreign affairs concerns. I have no choice --today -- but to accept those redactions rather than allow potentially irreversible harm to our Nation's security."

"To further address these concerns, I am also ordering agencies to re-review each and every one of those redactions over the next 180 days," the statement adds.

Inside The JFK Assassination Files