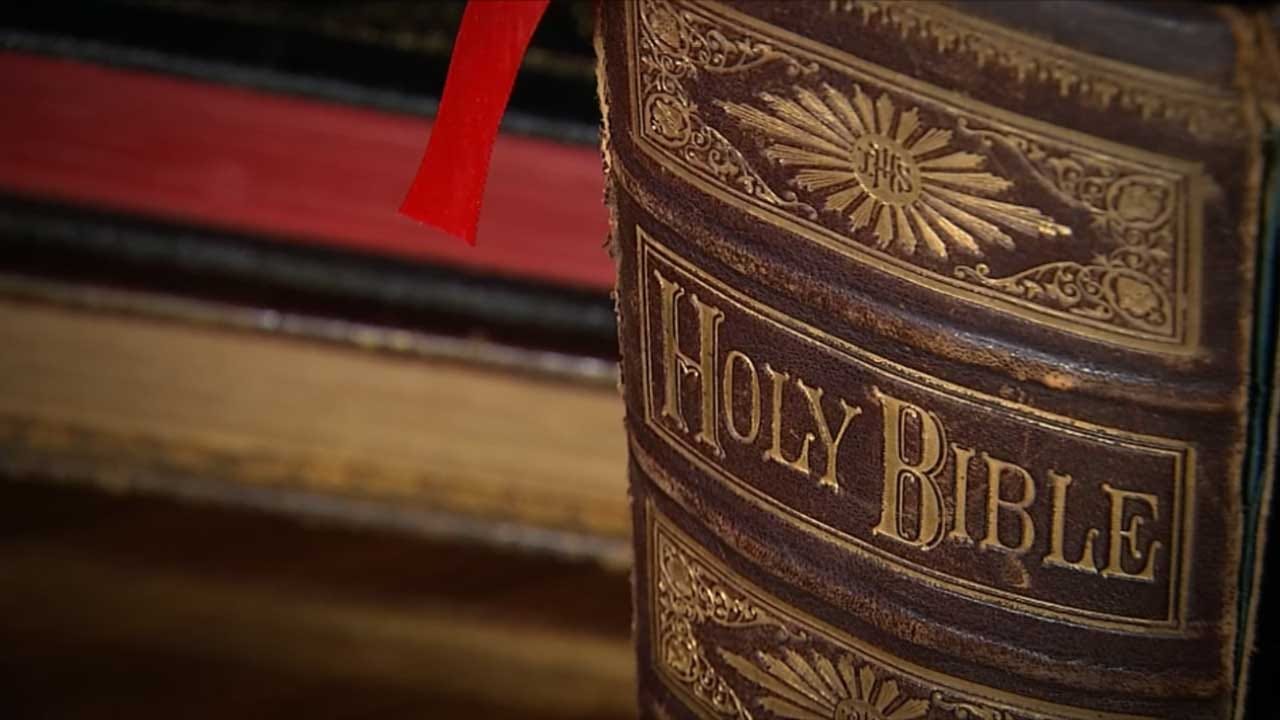 In the heart of Washington DC, stands the 430,000 square-foot Museum of the Bible. It was built by Hobby Lobby President Steve Green to give people worldwide a chance to learn more about this sacred text.

"How much has that book influenced our thinking is staggering," said Cary Summers, Museum of the Bible President.

The museum opened on November 17. Despite criticism by some that the museum would be a witnessing too for evangelicals, Summers maintains it's simply about a book.

"We never said that we said just the opposite," he said. "You might call it religion, we are not. We're about the bible. We're not trying to go down a denominational road."

The book has a rich history, a story that's told once you pass through the towering bronze gates that frame the entrance. Inside the lobby, guests are greeted with a 140 foot long digital canvas overhead.

"What we want to have is an environment that engages people and an engagement is a learning experience," said David Trobisch, Collection Director.

Floor by floor, visitors take a biblical journey through interactive exhibits. The museum will have over 3,000 items on display including over 1,100 from the Museum of the Bible collection, around 300 items from the Green Collection and over 1,600 other items on loan from various institutions and private collectors.

"It should be about the bible and it should invite everyone who's interested," said Trobisch.

In a city full of museums how do you get people to come to one about the bible? Well they say this is not a stogy old 'shhh' you got to be quiet museum.

"It's not an oxymoron to say that you can have great education, academic correct and be entertained at the same time," Summers said.

It's called Edutainment where high-tech exhibits lure guests from one gallery to the next. Visitors can expect a recreated first-century Nazareth village and a theme ride that takes you on a virtual flight over DC.

"I initially thought that this must be a joke," admitted Dr. Gordon Campbell.

Campbell is among a panel of scholars who worked on the museum's content and was at first skeptical of its Disney'-ESE approach.

"I've seen it and I think it's spectacular," he said. "I'm a convert. And it tells stories in very engaging ways."

The eight floors also include a children's area, a performing arts theater, a rooftop restaurant and a biblical garden.

"I think that's what people will hopefully walk away and say 'wow, I have a whole different point of view of what that book's about now,'" Summers said.

Earlier this year, Hobby Lobby settled a $3 million lawsuit over alleged smuggled artifacts. According to museum officials, none of the artifacts identified in the settlement have ever been part of the museum's collection. Admission to the museum is free with a $15 suggested donation.

For more information on the museum, click here: https://www.museumofthebible.org/