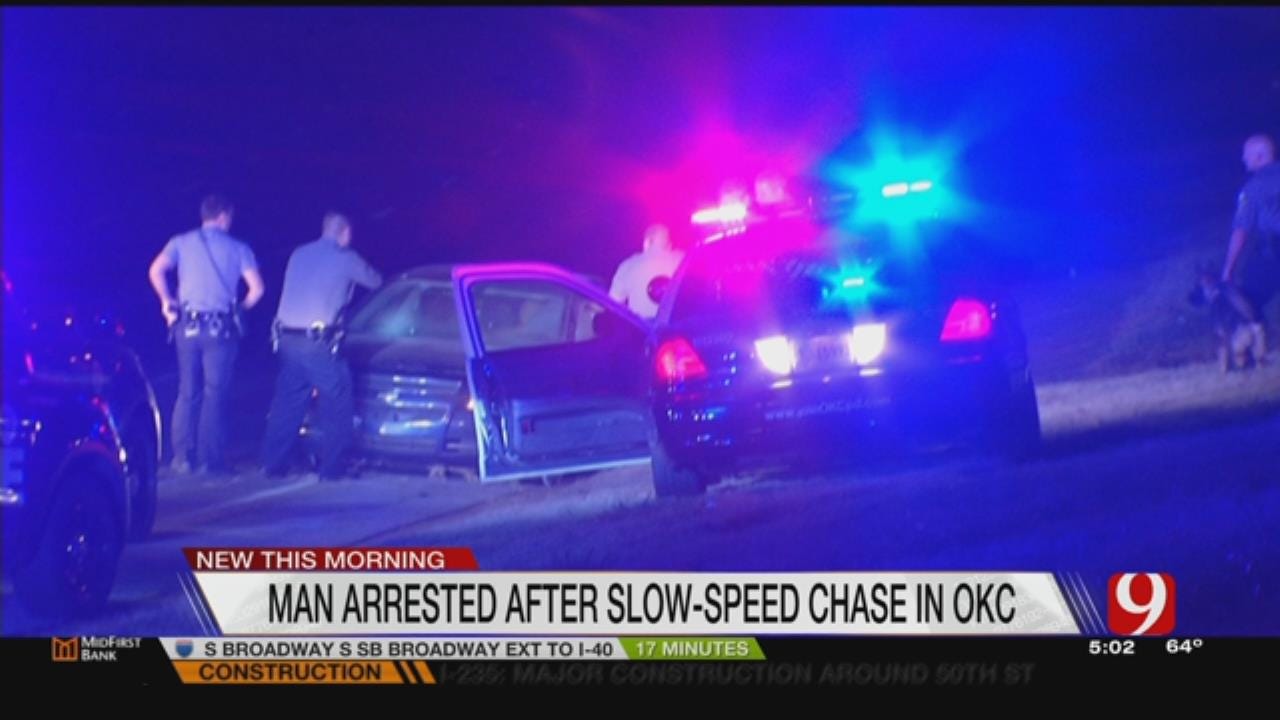 An overnight pursuit snaked its way through the Oklahoma City metro.

It started near NW 39 and May Avenue and ended on Interstate 44, just south of NW 23.

The driver refused to stop when officers attempted to pull the vehicle. The police deployed stop sticks, but the vehicle continued to limp along.

Police said they tried to pull over the vehicle because of an expired paper tag.

The driver refused to get out of the vehicle when the vehicle stopped. Officers broke through the window and dragged the driver out.

The driver's name has not been released but he will face several complaints stemming from the chase.

He said he was inspired by God to continue to in the chase.