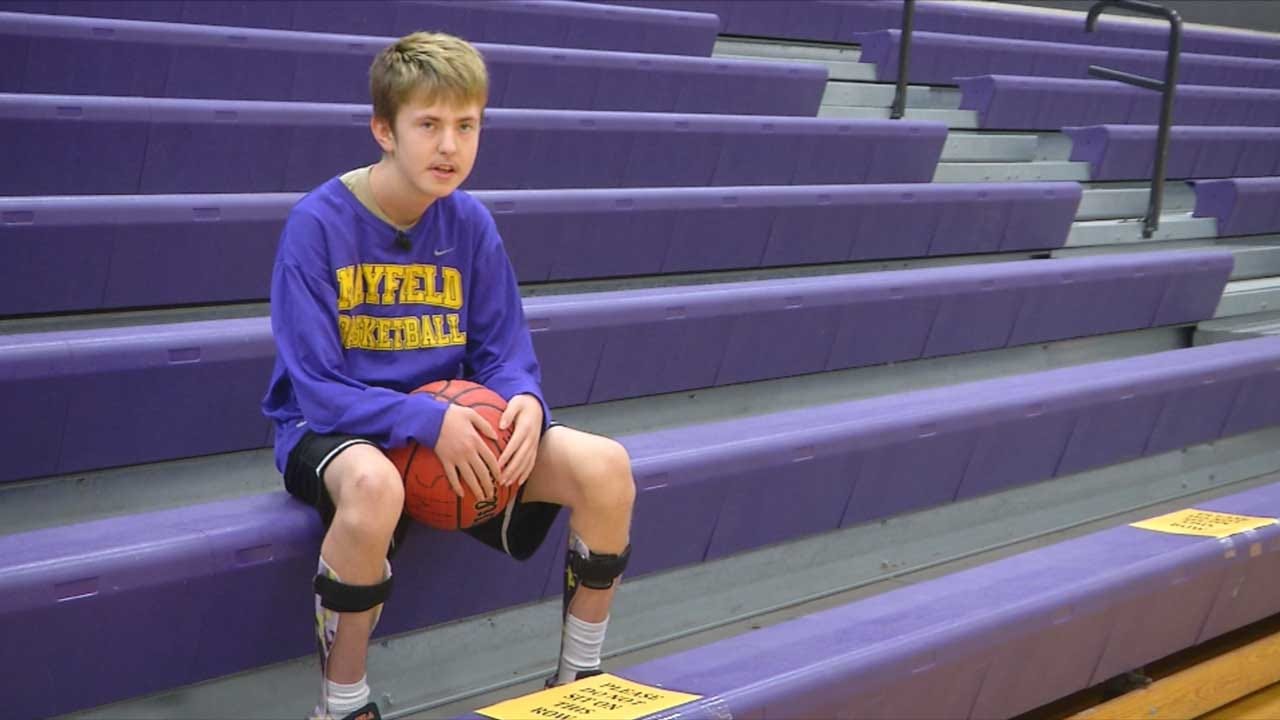 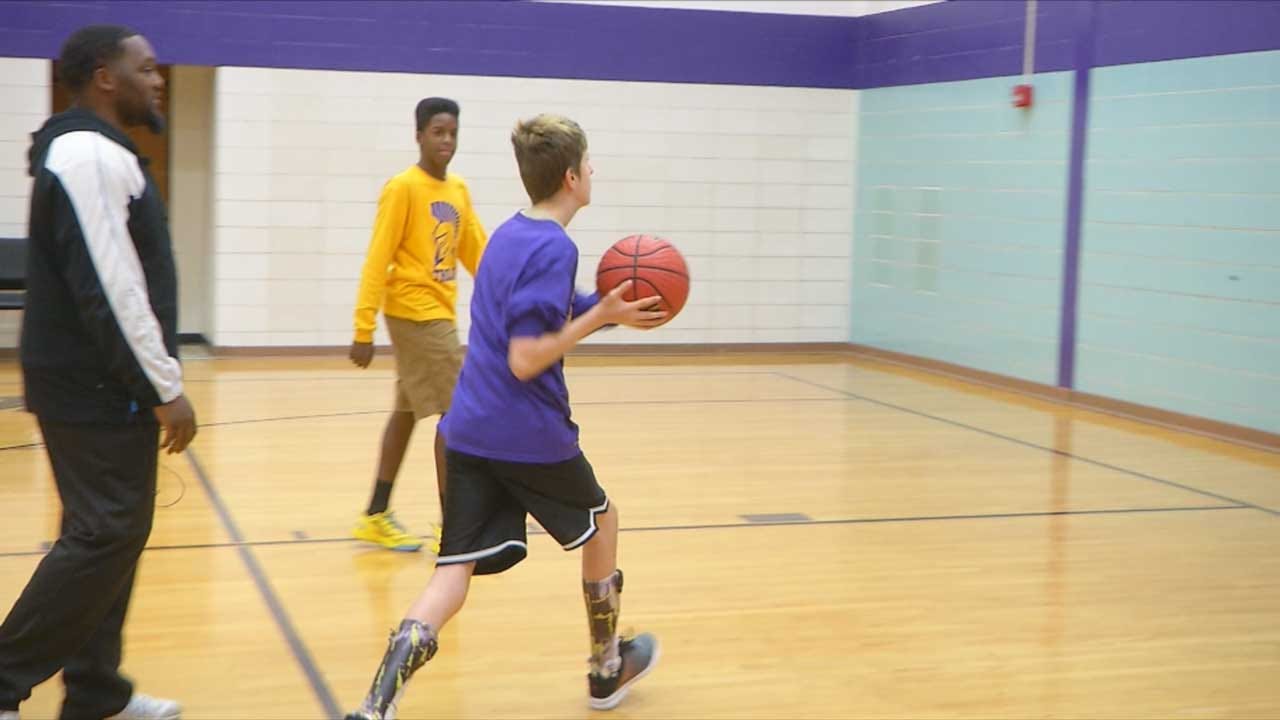 Aiden Bates is a 13-year-old student at Mayfield Middle School. His favorite sport is basketball.

This year, Aiden made the 8th grade team.

He has autism and muscular dystrophy. Playing basketball doesn’t come easy to him, but Coach Derek Walker said he works hard and gets one-on-one time to practice.

Coach Walker said Aiden asked to play, and on Monday night’s game, he did just that. Aiden played in his first game on the team.

Knowing the challenges he has to overcome, his teammates and even players on the other team were all cheering Aiden on, giving him the opportunity to score.

He made three buckets, scoring six points. The crowd went wild. His parents, especially, were so proud of their son.

“I thought the first one was unbelievable, and the second one was even better, and the third, I just didn’t know what to do with myself. Like I said, it was nothing but tears,” said Bryan Bates, Aiden’s father.

His mom, Jamie Bates, said Aiden was thrilled. “He was on cloud nine.”