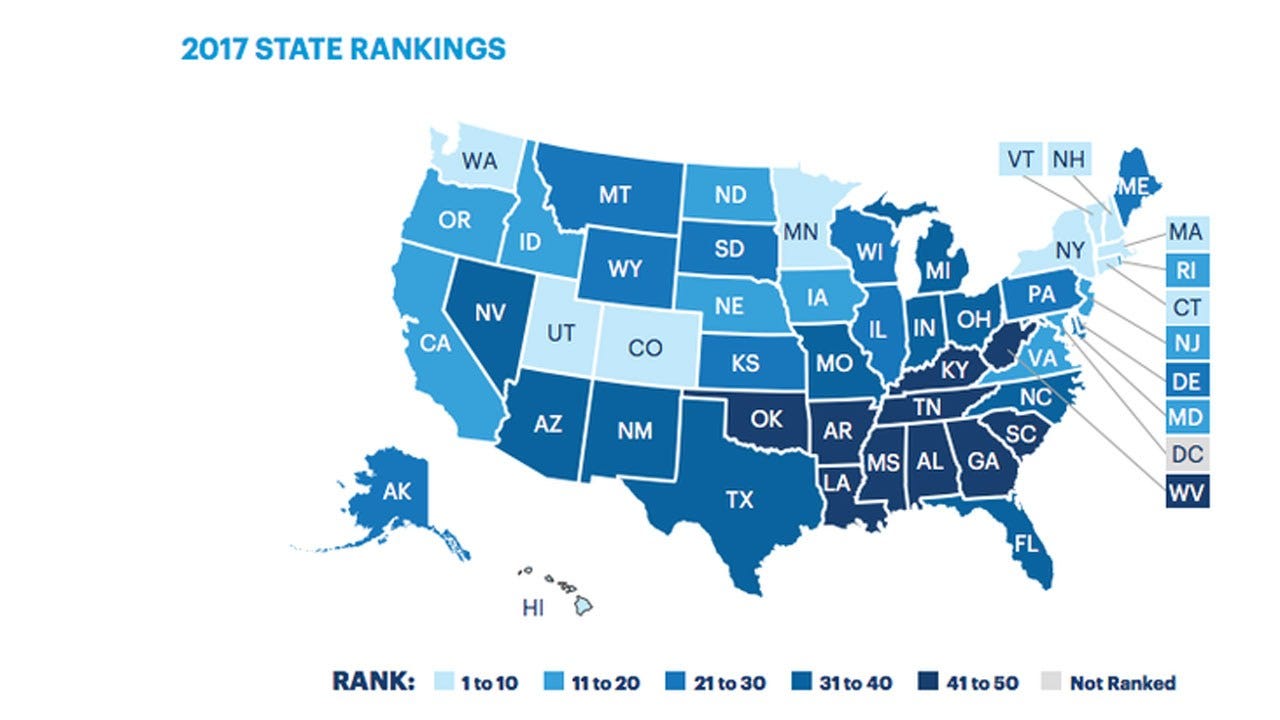 Oklahoma is among the Top 10 least healthy states in the nation, according to a new report from the United Health Foundation that looks at the healthy and not-so-healthy habits of people across the United States.

Overall, the report reveals the nation is facing serious public health challenges, including rising rates of premature deaths and an uneven distribution of health care providers.

For example, Massachusetts, the nation's healthiest state, has the highest concentration of mental health providers with more than 547 per 100,000 residents. On the opposite end of the spectrum, Alabama – one of the lowest ranking states on the list – has just 85 mental health care providers per 100,000 people.

Massachusetts also ranks among the states with the highest numbers of primary care physicians and dentists.

However, even though the state does well in most measures, it experienced a 69% increase in the rate of drug deaths since 2012, largely due to the spike in opioid overdoses.

Another state that did well overall, Utah, which is ranked as the fourth-healthiest state, also saw one of the largest increases in the cardiovascular death rate — up 10% since 2012.

Louisiana, which ranked second-least healthy overall, experienced an increase in drug deaths over the past five years, but in more positive news saw cancer and cardiovascular deaths decline during the same period.

Florida and Utah experienced the largest improvements in the rankings since last year, rising four places each to number 32 and number 4, respectively.

Florida's improvements include positive changes in the percentage of children living in poverty and the frequency of mental distress in the past year. Utah improved its rankings in air pollution and immunization rates among young children.

Conversely, North Dakota experienced the largest rank decline, falling seven places since last year to number 18. The state's rankings for smoking, Salmonella, and immunizations for children all declined since 2016.

The authors say they hope the data will be used "to drive action in improving the health of our communities."