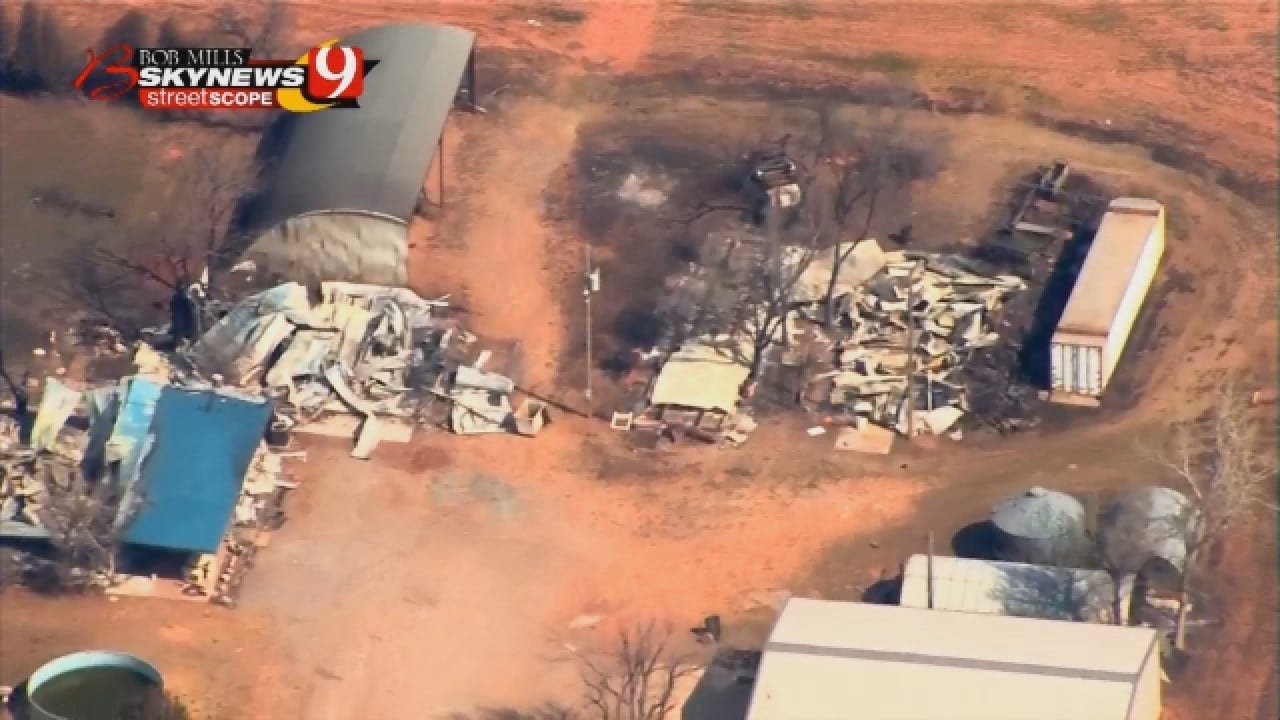 "These are big farms up here and they rely on good top soil so as that burns away, and the wind comes in its stripping their top soil off their ground," said News 9 pilot Jim Gardner as he takes in the charred land below.

More than 340-thousand acres burned in the wildfires, killing everything in its path, including more than 1,100 heads of cattle. Aside from the loss of cattle and land, dozens of families lost their homes.

"That one right there and then there's one back to your left, they burned all around, melted the siding off of it, "Gardner said of a home surrounded by burned up ground yet miraculously was still standing.

On the ground you can see homes reduced to ash. Near Camargo, we found Monica and Neil Stephenson. They returned after the fire came through and initially thought their home had been spared.

"My mini blinds screwed into the studs in the wall in the living room just fell, then my husband's recliner curled up into a ball in a matter of seconds and I turned to run and I dropped my shovel on the porch and the glass busted out of the window behind me and the flames started to come out," said Monica Stephenson, who lost her home.

The couple's home burned to the ground and sifting through the charred remains, there was little they could to salvage.

"This is what I pulled out of the fireproof safe," she said. "I've got a newspaper clipping, couple of pictures of my kids a note to the tooth fairy. That's what's left."

Happy with what she did find though, Monica remains positive despite her heavy loss.

"The condition of the house is the same," she said. "I can cry about it or I can be praising Jesus because our lives were spared. You gotta look for the beauty."