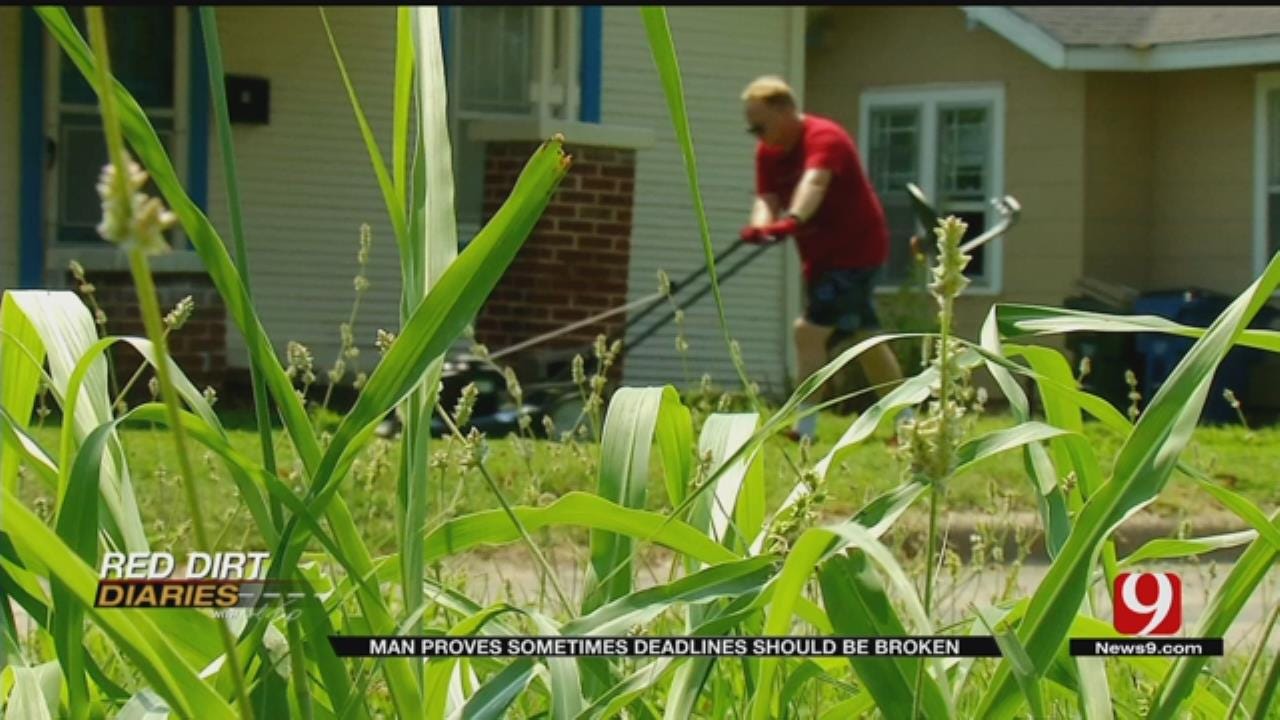 A man in Chickasha is proving that sometimes deadlines are meant to be broken.

In March, Jay Barnes posted on the Chickasha’s Buy Sell Trade Facebook page that he’d mow lawns for free for people in need.

“I'm not a millionaire, but I can help in other ways,” says Barnes who moved to Chickasha three years ago with his wife from the Boston area.

Barnes gave himself a Memorial Day deadline to stop cutting the grass.

But he’s still going strong and has cut over 60 lawns for free so far.  Most of his clients are elderly.

“You can’t find many people like that. He’s a god sent. So I appreciate him very much. He takes a load off me,” says Shirley Dalton.

“I'm like a minor celebrity,” jokes Barnes, who’s been given money at the grocery store from people who’ve heard of the service he provides.

He planned to stop at the end of this month until a stranger gave Jay a new lawnmower.

“He delivered it and he’s in Blanchard,” says Barnes who at time feels overwhelmed by the support.

He now says he’ll be cutting lawns for people in need until the end of August.