Dean's Blog: Thoughts On OU-Texas 2018, Plus A Final Score Prediction 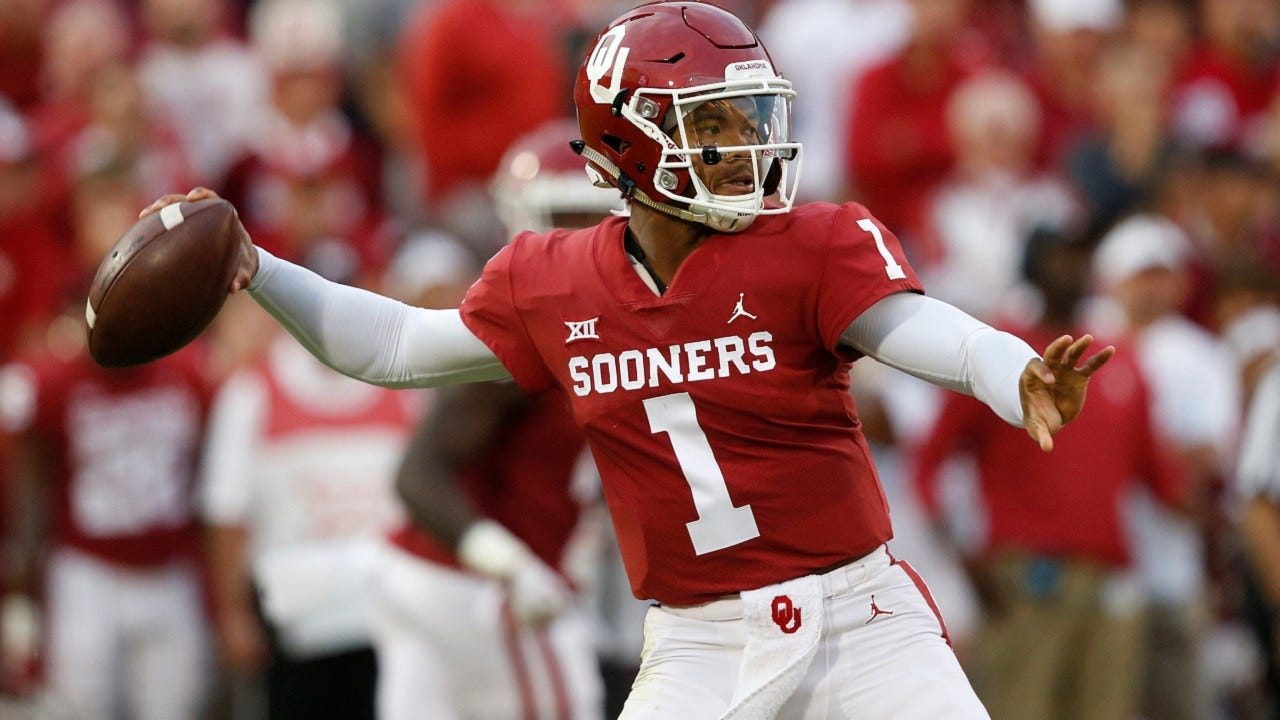 OU and Texas meet in a windy match-up at the Cotton Bowl Saturday for the 113th time and at the ridiculously early kick time that all attendees have unfortunately gotten used to, 11 a.m.. Second-year head coaches Lincoln Riley and Tom Herman will lead their lads down the famous ramp and onto a field where many a viciously fought war has left the winners feeling bulletproof and on top of the world, while the losers leave with a nasty knot in their stomachs with a dreaded and despicable feeling of helplessness.

Recent history shows the Sooners are usually favored but the Longhorns cover – meaning the underdog 'Horns either pull the upset or are more competitive in a game that oddsmakers simply get wrong.

Below are bullet-point impressions after having watched all five Texas games this season for at least a second time. Along with facts, figures and predictions for a game in which yours truly will witness for a 42nd time – regrettably, one game I didn’t attend was the most important; the 1976 game in which I would have started at QB for Oklahoma but painfully watched from a bed in Goddard Health Center after a non-contact midweek setback. So, here we go ….

BTW …. In the ’76 game, Oklahoma made five first downs, fumbled four times, threw an interception to go with just two completed passes, gained 133 total yards and scored six points, but botched the extra point late in the game that would have avoided the ultimate 6-6 tie game.

THAT’S THE GAME … where former OU QB and then Texas coach Darrell Royal accused Barry Switzer of spying on a UT practice, which led to one of the more memorable Switzer-related yarns. President Gerald R. Ford attended the game, in which the Rev. Dexter Blevins provided the pregame prayer to the Cotton Bowl crowd. Back to the irreverent story in which President Ford, DKR and Coach, were walking onto the field when an OU fan yelled, “Hey Switzer, who are those two a**holes with you?”

SATURDAY'S GAME SHOULD BE A … close one, as I feel 26 hours before kickoff the way I did before the season started and the way I felt after the two teams won last weekend: it’s a toss-up game. And not as much because of the trend mentioned above, where the Longhorns have traditionally either won or played much better than Vegas projected, as it is believing Texas is as good as I voted them on my Big 12 Preseason ballot, No. 2 in the league behind the Sooners.

THAT’S BLASPHEMOUS, DEAN BLEVINS … is the hue and cry I’ve heard from Sooner fans. And I concur that OU has a chance to win going away. But there are several things that lead me to believe Texas is capable and perhaps ready to make that leap into the over-used and often dead-wrong refrain that, “Texas is back.” Why? How? Well, the cocksure Kissin’ Coach is really good. And he returns 9 starters, Including eight seniors, off a defense that was good in 2017 and really good right now. And, his QB is much-improved. While not Johnny Unitas, Sam Ehlinger is a highly-respected born leader who is now avoiding the fourth quarter game-deciding mistakes (interceptions) that wiped away leads and three wins. And a pair of lanky game-breaking receivers who are capable of high-pointing deep balls against an OU secondary that looks better, but still looks vulnerable at times. It's unreasonable to expect too much from this D that is 90th in total defense, and that's against mostly pedestrian offenses.

YOU WANT MORE? I’LL GIVE YOU MORE … including some facts this series has produced: OU has won 6 of 8, but the last 4 games have been decided by a TD or less, three of them 5-point OU wins.

RANKINGS ... Since 2000, UT entered ranked ahead of the Sooners only THREE times. Let that sink in. Sounds like a good recruiting fact. Both have entered being ranked 12 times with the Sooners winning nine times. OU is ranked 7/5 and Texas 19/20.

BUT IT'D BE WISE TO CHUNK ALL THAT OUT THE WINDOW ... because Texas is much-improved having won four straight since its pathetic opening game loss at Maryland.

LET'S GET SPECIFIC AND TALK PLAYERS ... because they'll mostly decide the outcome. Coaching can play a big role, as can the breaks in the game. QB Ehlinger is a dangerous runner and will tote the pig in a variety of ways: sprintouts, draws, sweeps, sneaks, numerous option plays and on a number of tuck-and-run scrambles. The mini-looking Tim Tebow will dominate the ball in crunch time. If OU doesn't wrap him up Ehlinger will  make it a long day for the Sooners. He's the heart and soul of this team and perfect for Herman to achieve his number one priority: turning Texas from being soft, to mentally strong with the ability to win close games -- especially close fourth quarter games.

THE MOST TELLING QUOTE FROM A TEXAS PLAYER ... pertained to the above and was made after UT's close win last week over K-State. The player said "We didn't know how to win before ... the biggest thing we've learned from the new staff is learning how to win. We have confidence we didn't have before and the last four games prove it." Sooners everywhere should take notice.

SAM CAN'T THROW LIKE OU'S SAM ... But ... Ehlinger has shown he can make all the throws. However he's not comfortable all the time.  A beautiful deep ball completion might be followed by a simple 3rd & 6 overthrow not close to a wide open out route to talented 6-5 receiver Lil' Jordan Humphrey. It happened in K-State game.

I EXPECT OU DEFENSIVELY TO ... go in with a plan that while it might not be a true bend-but-not break scheme, it’s focus would be to make Texas do what it admittedly struggles with -- going 80 yards on a 12-play drive.  Texas has been bad producing explosive plays: completions 16+ yards and runs 12-yards or more. The game could very well turn on whether UT is successful in getting long balls to supreme receivers Jordan Humphrey and 6-6 Collin Johnson. A banged-up OU DL and front seven must get pressure on Ehlinger and not allow him the comfort of getting those balls out. Texas will Blitz OU with a myriad of looks but Mike Stoops would prefer not to be too risky. I'd expect 6-8 deep balls from UT which also means that OU safeties will play a major role in determining the outcome.

WHEN OU HAS THE BALL, IT IS CRITICAL ... that they continue their remarkable success with explosive plays. I expect Texas to make it very hard on Oklahoma to punch in long drives. A productive front is supported by a LB with sprinter's speed in No. 33 Gary Johnson, a second year 225-pounder who was the nation's No. 1 JUCO LB in 2017. And UT's secondary is outstanding, led by my All-Big 12 corner vote in Kris Boyd. It will surprise me if OU has success running the ball, putting even more of the load on Kyler Murray.

IN THE END ... I believe OU needs another outstanding game from Murray, who'll be under more pressure than ever. Although I see the game as a coin toss, I can't pick a Texas team to win that will be hard-pressed to keep up with OU's scoring. I've got it 34-31 Sooners.

Enjoy the game and thanks for checking in.