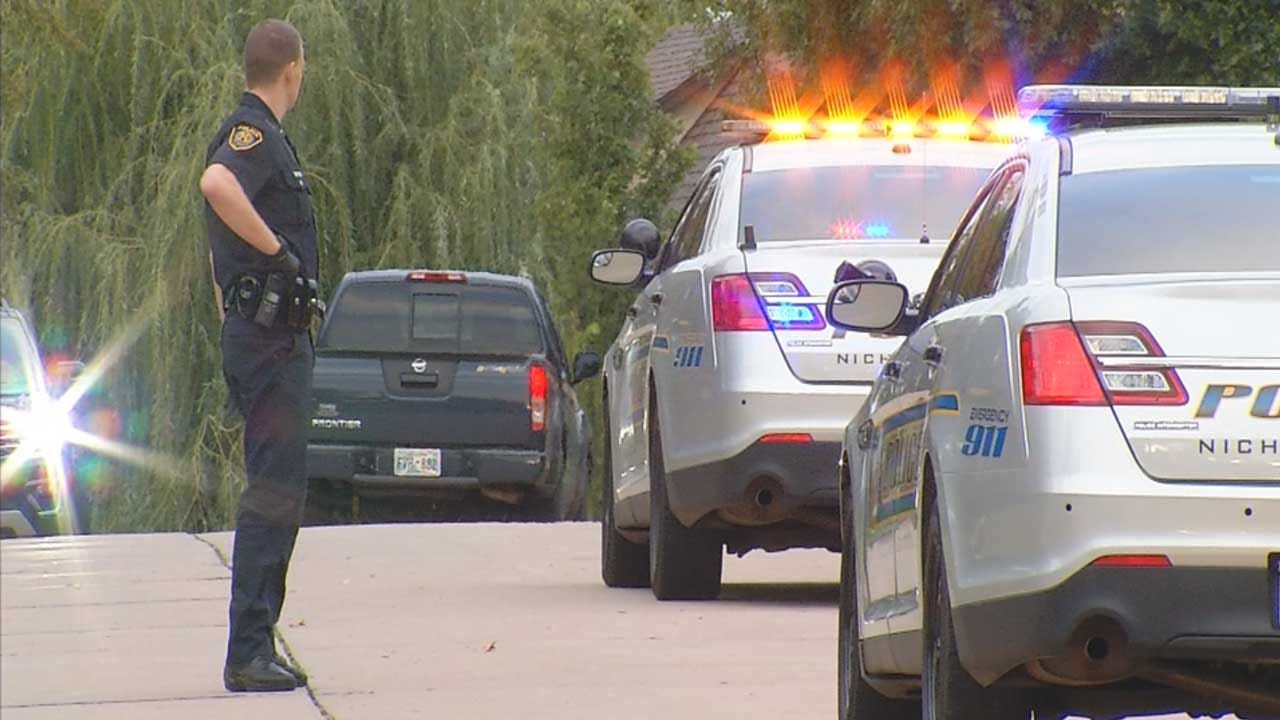 A Nichols Hills homeowner is now part of a shooting investigation. Police said the resident shot a suspected burglar in the leg Thursday morning.

Nichols Hills police brought in the Oklahoma State Bureau of Investigation to process two crime scenes associated with the incident.

“We don’t have the expertise in the field to be able to process a crime scene of this magnitude,” said Chief Steven Cox, Nichols Hills Police Department.

OSBI agents and officers did a grid search of the street for clues left behind from the shooting.

The suspect believed to be behind a string of car and garage burglaries unexpectedly met one of the homeowners.

The suspect then ran to a nearby home and was found in the backyard. Police also located the stolen property.

“We have property that’s been staged in the area that looks like it was set up to be picked up at a later time,” said Cox.

A next door neighbor knew something was wrong when his normally quiet guide dog went on guard duty.

“They’re trained not to bark,” said Bob Allen, neighbor. “But she got to the top of our stairs and started barking for about a minute solid.”

Bob Allen then heard a noise, he now knows was a gunshot.

“I thought it was one,” said Allan. “It was early, but I definitely heard at least one.”

Police said the suspect, identified as Kraig Willis, was shot in the leg but is expected to be fine.

Investigators are now piecing together the homeowner's side of the story. Neighbors think it was self-defense.

“I’m proud of him for doing that,” said Allan. “It makes me think that maybe I need to do a little more to secure myself.”

Police say once Willis is released from the hospital, he will be booked into the Oklahoma County Jail on at least one count of burglary. Police also said it is too early in the investigation to determine if the homeowner will face charges.