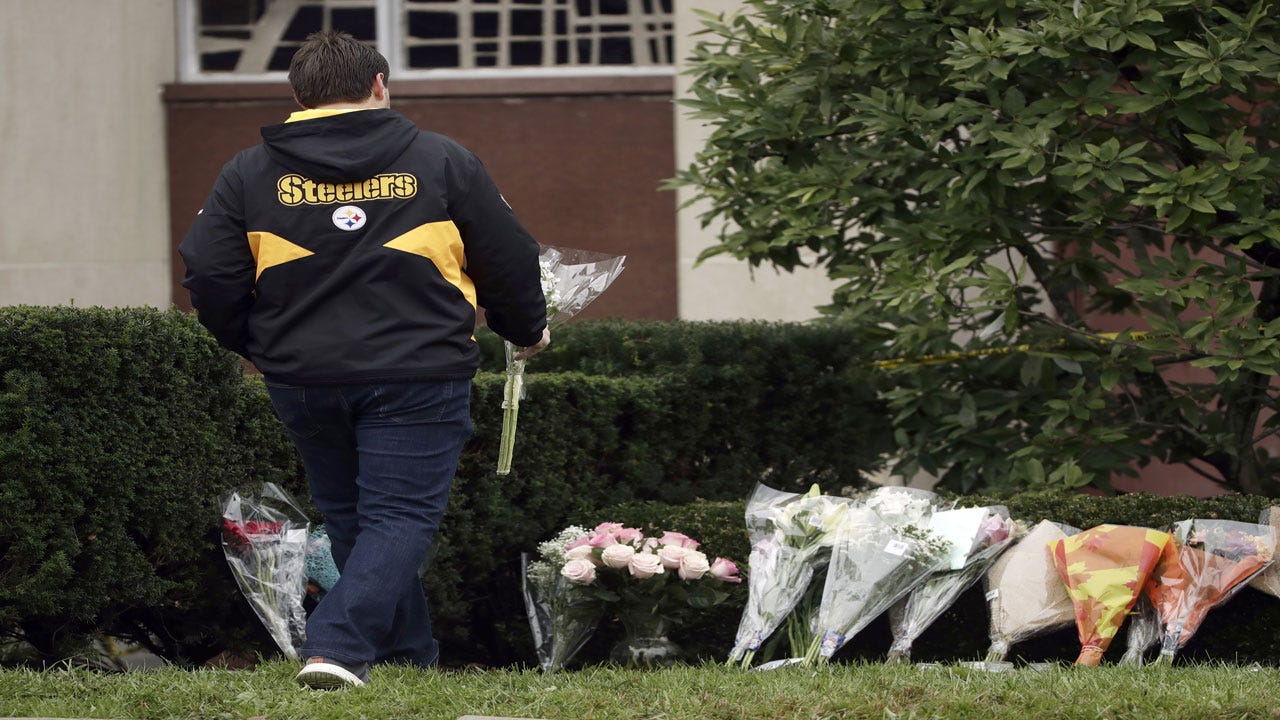 Authorities have released the names of the 11 people killed by a gunman during worship services in a Pittsburgh synagogue.

Officials said at a news conference Sunday that the victims ranged in age from 54 to 97 and included brothers and a husband and wife.

Authorities say suspected gunman Robert Bowers made statements about genocide and killing Jewish people. Officials previously said three women and eight men were killed. Bowers has been arrested and is being treated for gunshot wounds at a hospital.

Bowers, who was armed with an AR-15 rifle and three handguns, told an officer while he was being treated for his injuries "that he wanted all Jews to die and also that they (Jews) were committing genocide to his people," an affidavit said.

He was charged late Saturday with 11 state counts of criminal homicide, six counts of aggravated assault and 13 counts of ethnic intimidation in what the leader of the Anti-Defamation League called the deadliest attack on Jews in U.S. history.

Bowers was also charged Saturday in a 29-count federal criminal complaint that included charges of obstructing the free exercise of religious beliefs — a federal hate crime — and using a firearm to commit murder. U.S. Attorney General Jeff Sessions said the charges "could lead to the death penalty."