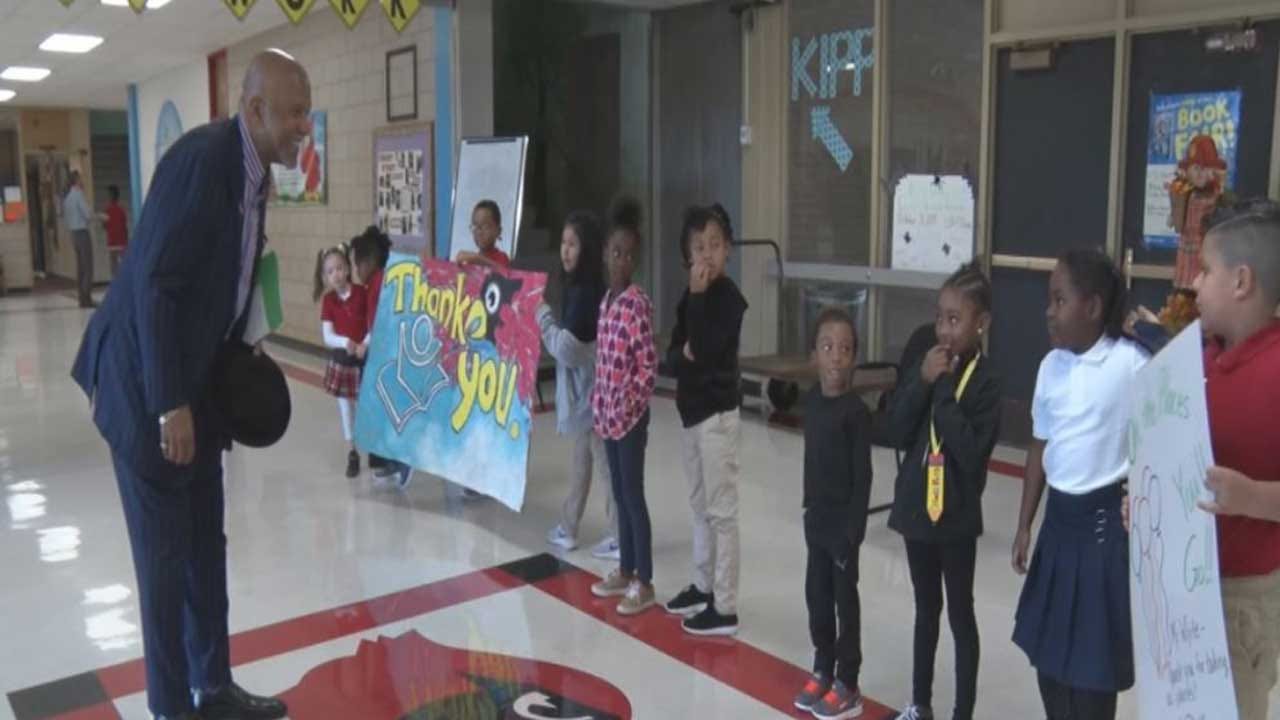 A new literacy program is underway at six Oklahoma City elementary schools, thanks to a man who grew up on the northeast side of town.

Thurman White, Jr. is now CEO of a financial company in Silicon Valley, and he wants to give current students the same opportunity to succeed.

White says learning how to read early in life paved the way for his road to success and is why he took it upon himself to fund the Raising A Reader program in Oklahoma.

As the philanthropist toured the schools he has helped, teachers told him they have never seen their students this excited to read.

One girl told White, “I read your books like 24/7,” with another adding, “When we go somewhere I take them with me, so I can read to everyone I know.” A boy said, “I read them to my baby brother and mom.”

Many stories from the students are the same. For the first time, 1,000 kids’ pre-K through second grade, have books to take home from school and read with their families, for fun and for prizes.

“It is a family engagement piece, which is important for us as a district to engage our parents, so they understand the process as children are learning to read,” said OKCPS Early Childhood Director Pam Hibbs.

White says he heard about the successful growth of readership in cities like Baltimore and Detroit after implementing Raising A Reader there, so he wanted to bring it home.

He once walked the hallways of FD Moon as a middle school student, but he says a lot has changed in both the education system and the northeast community since then.

“There’s not a talent deficit, there’s just a lack of investment, so this was an investment in human capital,” White said.

He wishes Oklahoma's public education would be at the top of national lists instead of incarceration rates, but until the government provides more funding to schools, he says he is happy to help.

“If you can learn to read, you can do anything,” White said.