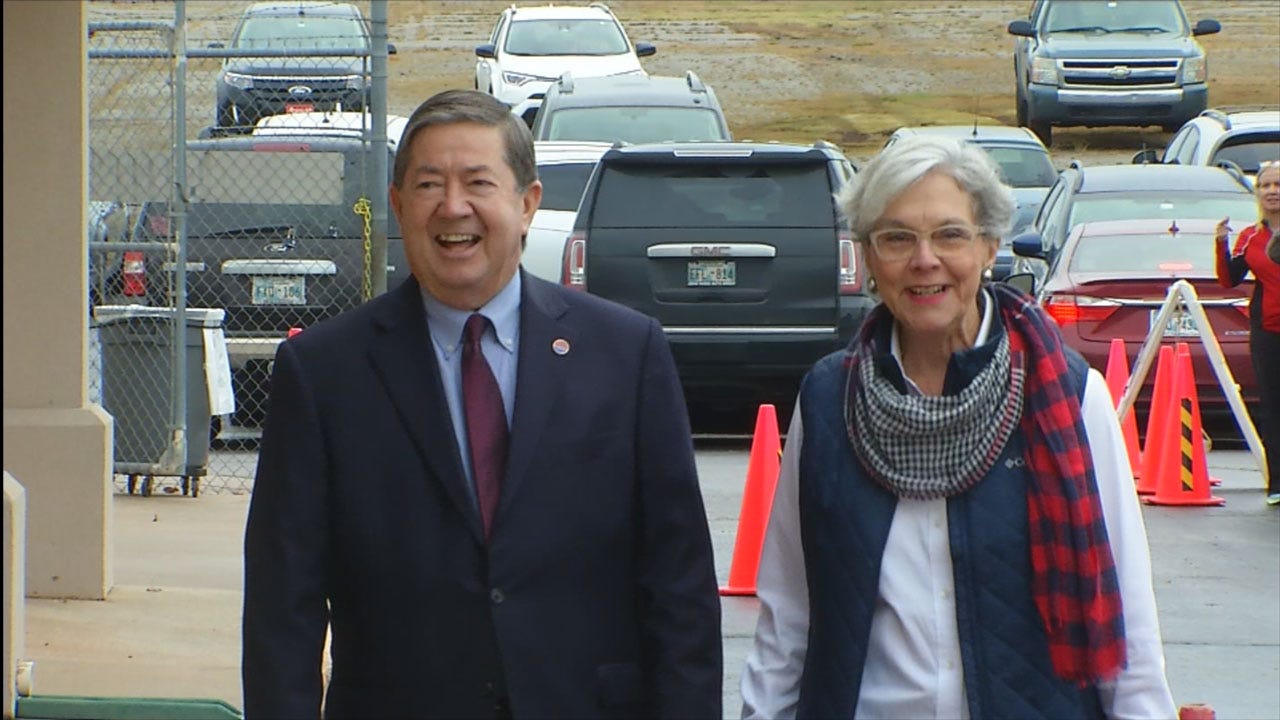 Over the past few weeks we've introduced you to Democratic Candidate for Governor Drew Edmondson.  Today we're introducing you to the woman behind the candidate.

Linda Edmondson is quick with a smile when she talks about growing up on a cattle ranch just outside Fargo, Oklahoma.  Her grandparents homesteaded in Ellis county in 1901.

She also smiles when she talks about how she and Drew met.  Mrs. Edmondson said, "My boyfriend and I actually double dated with Drew and his girlfriend so we met like that and I thought he was nice but..."

But, not relationship material until later.

"And we're standing on the sidewalk outside of the town tavern and he said, 'when are we getting married?' So I think that's instant attraction.” Mrs Edmondson said, “Well I said not soon, but we were married in less than a year."

Mrs. Edmondson says if her husband is elected, as first lady she would give a voice to the voiceless in the state, particularly low income children and the frail elderly.

“People that are in nursing homes who are looking at going into nursing homes, veterans who are in veterans centers.” Mrs. Edmondson Said,  “And my heart is with them too and with families that have older members that they're worried about."