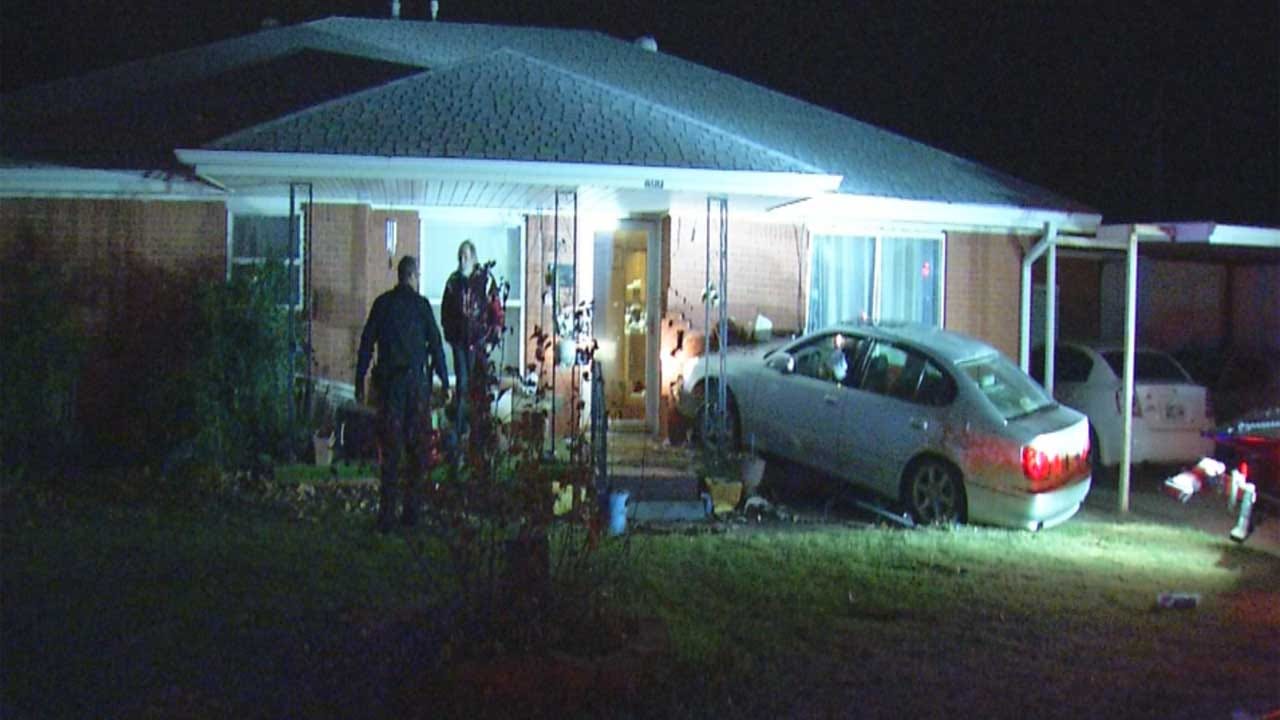 It was a terrifying morning for a Yukon homeowner after a car crashed into his home.

The crash happened about 4:30 a.m. Friday while police were chasing two suspects.

Both were suspects in a burglary at the Big K Pawn Shop at 3rd and Oak.

“The suspects then jumped out of the car they crashed, and took off on foot again. We were able to apprehend them later on in the area,” said Yukon police Maj. John Brown.

David Buyckes and a juvenile, who has not been identified, were taken into custody.

Before the crash took place, the two suspects in the car left one person behind at the Big K Pawn Shop.

That suspect, Tyrese Seitz, was arrested shortly after he tried to run away from police.

No one was injured due to the crash.

He said he was up, watching the weather on TV and about to get ready to work when he heard what sounded like a car sliding on ice.

“You could hear it sliding, and then just a big ol' slam,” he said.

Buyckes, the reported driver, is facing one complaint of conspiracy to commit a felony and eluding police.

Meanwhile, Tyrese Seitz and the juvenile were arrested on complaints of burglary and possession of stolen property.