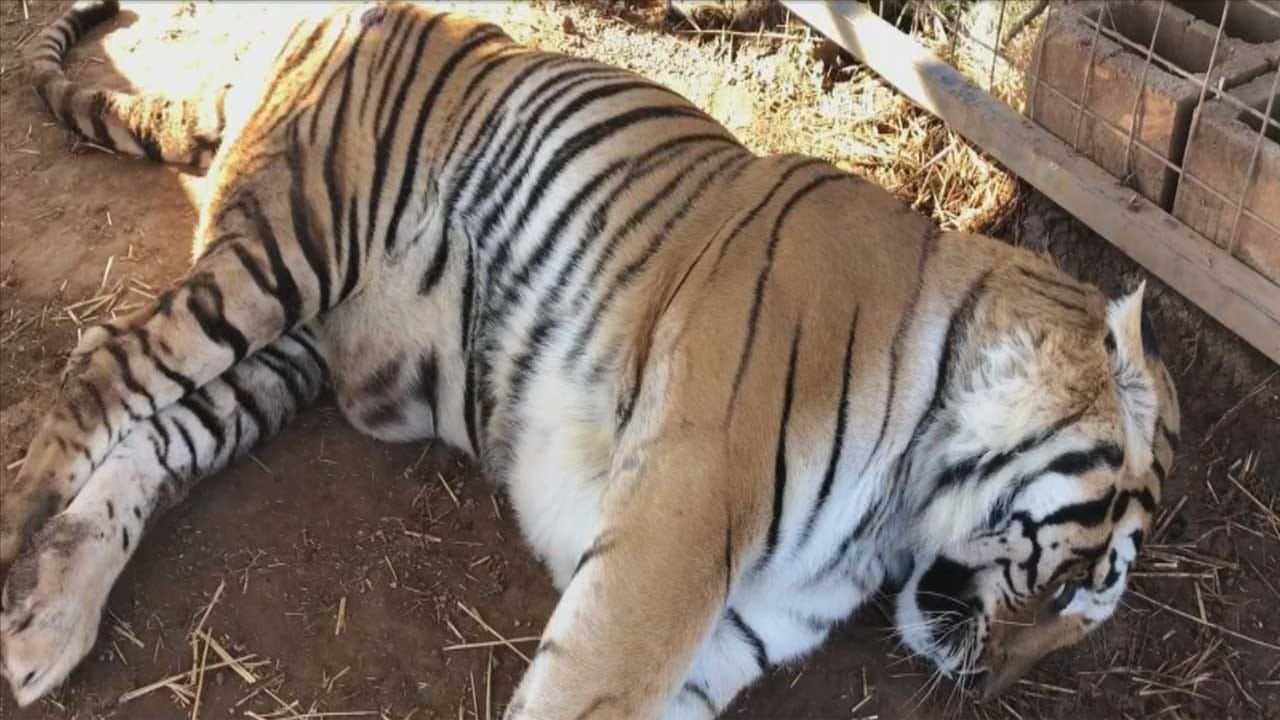 The USDA is overseeing a tiger's care in Wynnewood after PETA sounded an alarm.

“Promise” the tiger suffers from debilitating arthritis and at times is barely able to move.

PETA got involved after seeing a video of the tiger being treated with CBD oil. After reviewing the video, one of their vets said the cat appeared to be in need of a more aggressive treatment.

The veterinarian with PETA noted the following:

Owner of Wynnewood Greater Animal Park, Jeff Lowe says the concerns are baseless since that's exactly the kind of care the large cat is already receiving.

“We had two vets from Oklahoma City here three days ago. We had our vet here all yesterday. They've got blood screen and diagnostic reports today,” said Lowe.

Lowe says Promise is getting around the clock care, and that his quality of life is his top priority regardless of cost.

He says if necessary, he's prepared to make a difficult decision. But he says that is a last resort.

“I text my vet a little while ago and said, if this blood smear doesn’t give us a definitive target to treat, then I said we will put him down,” said Lowe.