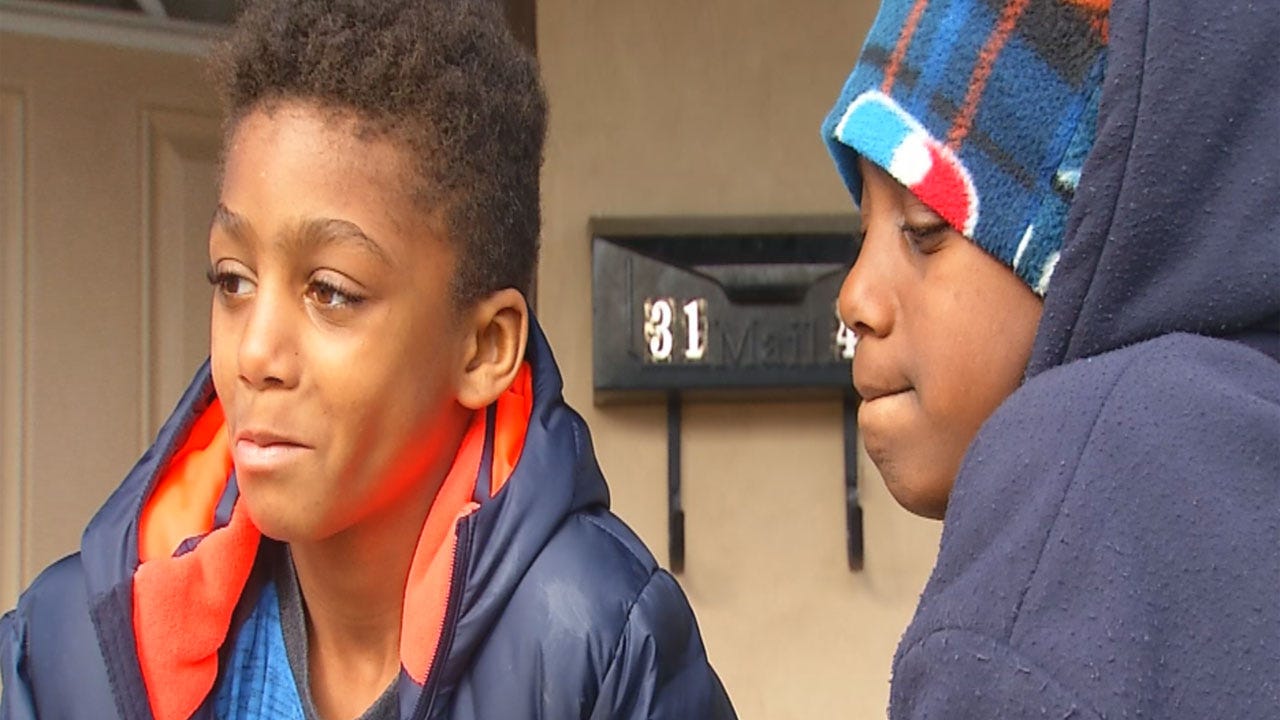 Shmar Barnes, 10, and his younger brother Shavis were riding bikes they had received for Christmas, less than two blocks from the school.

Barnes and his younger brother say they saw two pit bull mixes being let out of the cab of a white pickup truck. The dogs attacked Shmar, his brother and an 8-year-old friend named Adrian.

Shmar was bitten on both legs, and was taken to Integris Baptist Southwest, where he received stitches on both legs. The eight-year-old boy Adrian was bitten in the rear.

Shmar says the wounds on his legs still hurt. “Bad,” he said. “I got off my bike, and I tripped, and they just started biting me, and people were screaming, and I asked this lady to call the police.”

It could have been worse.  Adrian’s 13-year-old son Andres saw what happened, went after the the dogs with a large metal pipe, connecting a few times, before the dogs ran away.

Their mother Brenda Villanueva says there are too many aggressive dogs in the neighborhood. “It’s not safe no more for them to be playing outside,” she said.