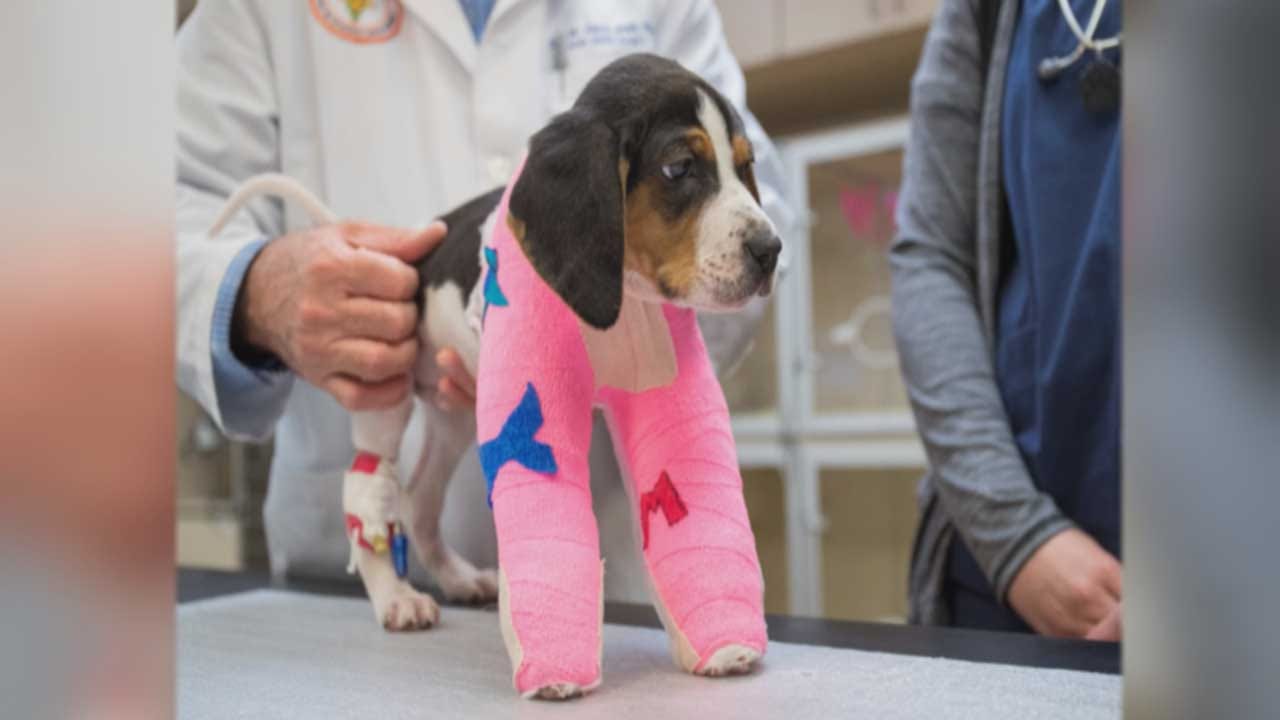 A puppy named Milo was just a few weeks old when he went through an extensive surgery, due to his rare medical condition. Now, thanks to Oklahoma State University veterinarians, he is on his way to recovery.

Soon after birth, Milo was given to Oliver and Friends Farm Rescue and Sanctuary, in Luther, due to his physical disability.

“They were going to euthanize him if they didn't find a rescue. So, they contacted us. And we agreed to take him in and give it a try,” Jennie Hays, Founder Director of Oliver and Friends Farm Sanctuary, said.

They quickly took him to OSU's Center for Veterinary Health Sciences to see what could be done.

In his 27 years of performing surgery, Dr. Clary says he's only seen two other cases like this.

“Very unusual. If you look at the literature. Just isolated case reports. Probably no more than 15 or 20,” said Dr. Clary, who is the associate professor of surgery and bioethics.

He and his team identified Milo's problem as congenital dislocation of both elbows, making his paws face upwards. They performed corrective surgery on January 9, 2019, and placed him in a front body splint.

He's now out of the hospital and back at the rescue.

“It's been difficult for him. He's a puppy. He wants to run. He wants to play. He doesn't understand why he's in this horrible confinement,” Hays said.

Once the pins are removed and Milo's elbows are judged stable, he will begin intensive rehabilitation therapy.

There's no guarantee that Milo's elbows will stay in place. But Hays says she knew the odds going into the procedure.

“But it's really hard for me to say no if there's a chance,” Hays said.

If you would like to help Milo through the rest of his recovery process, you can contact Oliver and Friends Farm Rescue and Sanctuary at 405-655-9885. Donations to the nonprofit are tax deductible.