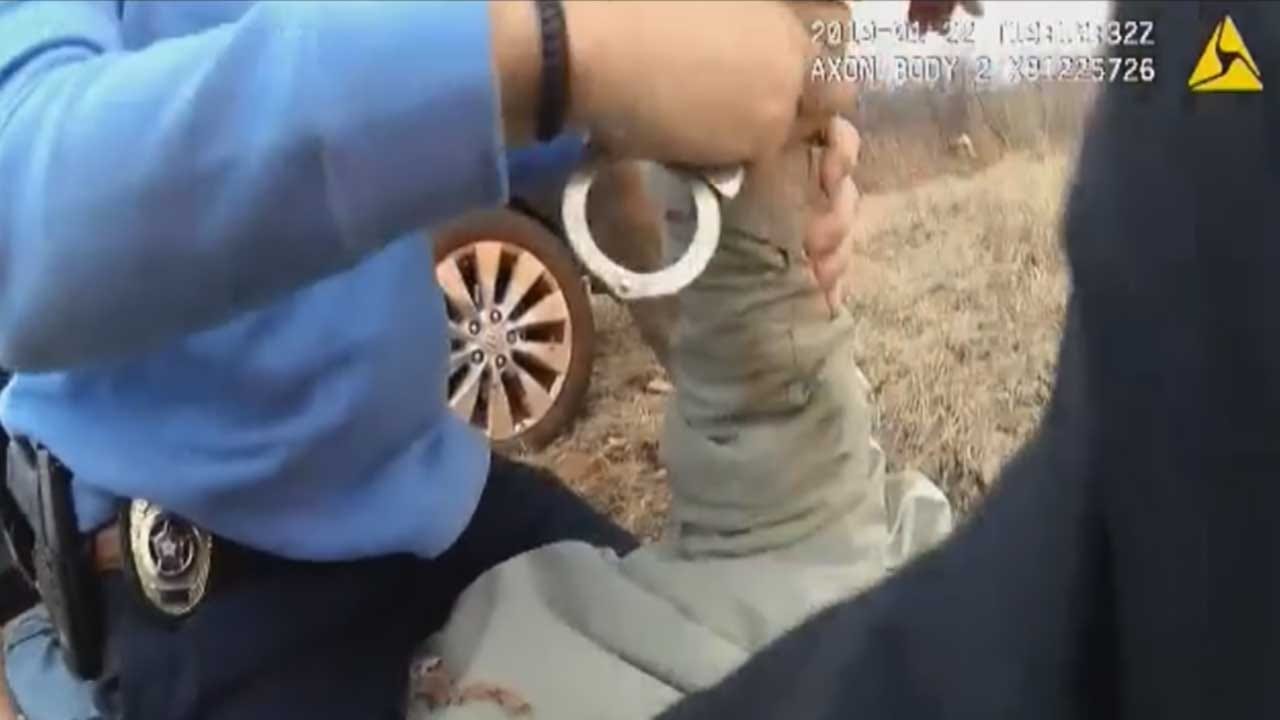 Tuesday afternoon, Blanchard police arrested a man wanted out of Oregon. The pursuit started when a woman called claiming a man assaulted her and then stole her car.

Blanchard police officers spread out around the home where the woman had been allegedly assaulted. It only took a few minutes before Deputy Chief Joe Beilouny located the suspect.

“We got a vehicle description and I happened to pass a vehicle matching that description. Turned around, ran the tag on it through dispatch. And confirmed that that was the vehicle we were looking for,” said Beilouny.

When the Beilouny initiated his emergency lights, the suspect took off and led police on a high-speed chase. He crossed Highway 62 and ended up at a dead end.

“He turned, went up somebody's driveway which lead to that individual’s property. Large cow pasture. Some rough terrain. And he just did a lot of maneuvering around trying to lose me or try to get around me,” said Beilouny.

Officers began to surround the driver, and eventually he crashed into a fence.

Beilouny says they received knowledge of the suspect and his violent history against police officers.

“We had seen him earlier in the day, and he had a couple of small knives on him as well. So, we took those things into account and immediately grabbed him,” said Beilouny.

Lloyd Lancaster, 53, was arrested on numerous complaints and taken to McClain County Jail for booking.

Lancaster is wanted out of Oregon for various charges related to violent acts against people and police, which include attempted murder.

“How he wound up in Oklahoma, I can't say for sure,” said Beilouny.