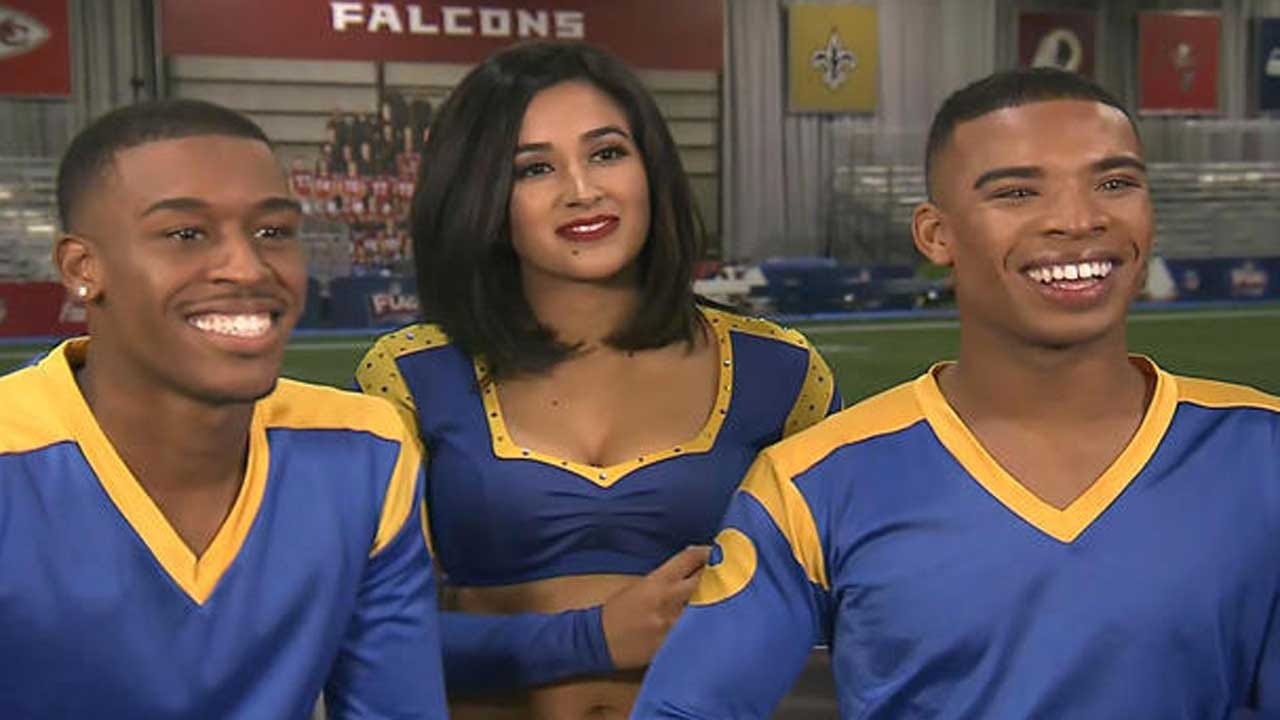 Super Bowl week is always the NFL's big rah-rah moment and this year, the league's rooting for something new. Quinton Peron and Napoleon Jinnies — two professional dancers — became cheerleaders for the Los Angeles Rams. They are the first men ever to cheer during the Super Bowl.

"Especially the world of entertainment is in a place of being open and if you can do the job, why not," said Jinnies.

"I was like if we're going to be here we need to make a statement, not just stand in the shadows and get intimidated," said Peron.

Jenn Padilla and Emily Leibert, two other cheerleaders, were floored.

"There was a bit of shock at first but then you realize it's nothing new and if the talent was there, which it was, then they deserve to be on this team," said Leibert.

Most fans have cheered them on but some have pushed back.

"We have a job to do. So you can't let anything affect you or your work," Peron said.

Now, every time someone says "Super Bowl," their faces light up.

"This smile has not left since we landed," Peron said.

With every sideline jump this Sunday — the NFL takes a leap forward.