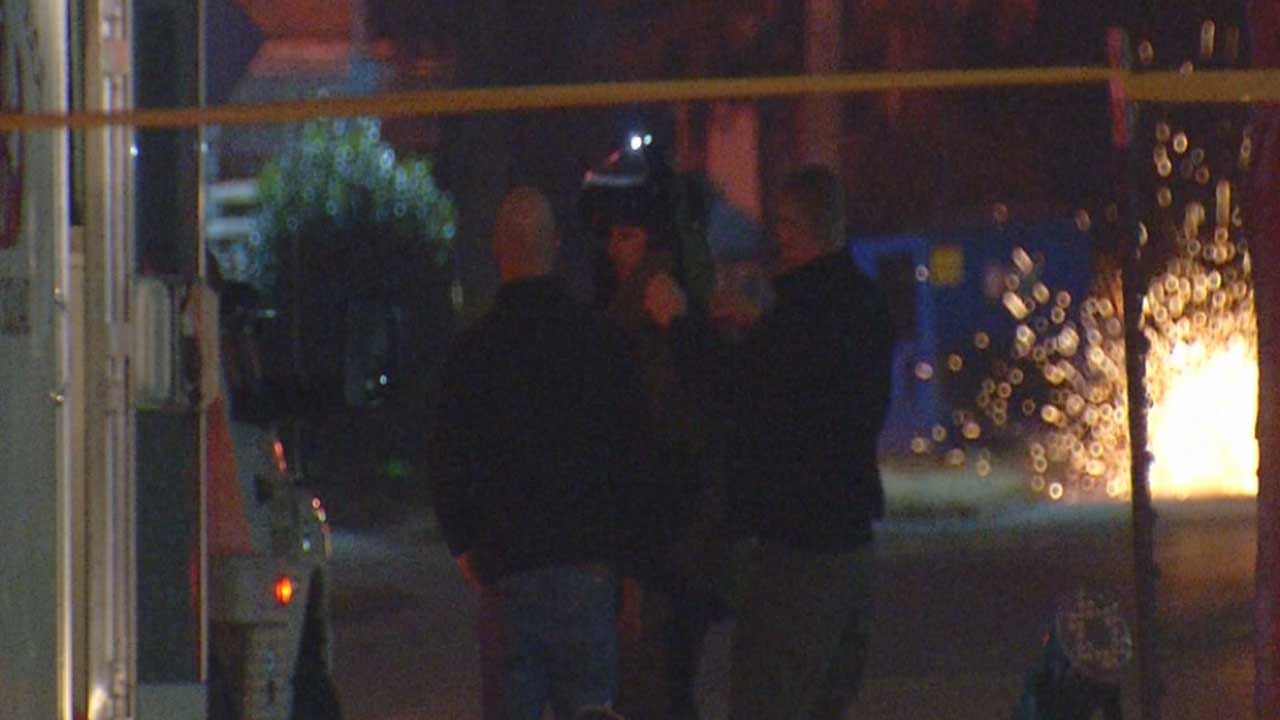 Oklahoma City police are learning more about a pipe bomb found in a home on the southwest side. Bomb squad investigators are looking into who created the device and why.

“It was like a hoarder’s home,” said Billy Miller, who found pipe bomb.

The new property owner hired Miller and his brother Chris Howell to clean out the home near Southwest 37th and May Avenue. They were told they could keep whatever they found of value.

“He liked the lunch box,” said Miller. “So, we brought it home and opened it up. We were going through things, and that’s when we discovered it.”

Miller called 911 when he realized what he had.

911 Call: “It’s got all kinds of bbs and all kinds of stuff. Don’t put your hands on it! He’s pulling stuff out of the bag, I’m sorry. There’s more stuff in the lunch pail that could be the innards of the bomb.”

They found a dangerous explosive device. The bomb squad determined it was a functioning pipe bomb. It detonated hours after it was discovered.

“Right after that second shot,” said Miller. “Boom! It, it was crazy.”

Neighbors who live near the home where the pipe bomb was found are not surprised. They said 54-year-old Lonny Claxton and his family owned the home, but he moved out last year when he was sent to prison.

Court records show Claxton has a long felony record. He is currently in prison for illegally owning firearms, pointing a firearm, and domestic assault and battery.

Police will investigate to determine if Claxton or someone else is behind the pipe bomb.

As for the men who found it, they are thankful it did not harm them.

“I’ve never experienced anything like this in my life,” said Miller. “I’m thankful my family is alive, and my family is safe.”

The new property owner did not want to comment. News 9 was told he bought the home last week from the Claxton family.