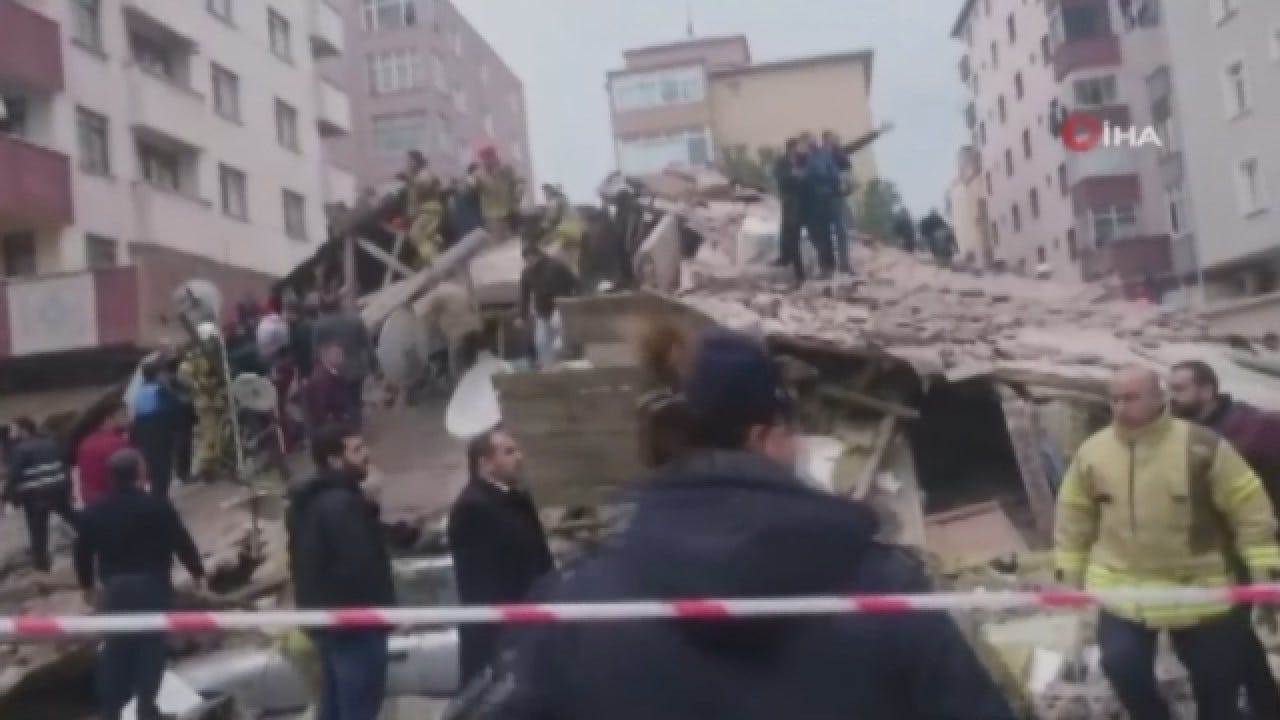 Security camera footage shows the moment an eight-story building collapsed in Istanbul on Wednesday, killing at least one person and trapping several others inside the rubble, according to Turkish media reports.

The building had 43 people living in 14 apartments, with a street-level ground floor and seven higher floors, Istanbul Governor Ali Yerlikaya said, adding that the top three floors had been built illegally.

It was not immediately clear how many people were trapped in the wreckage.

Turkish emergency authorities dispatched several rescue teams and medics to the site on the Asian side of Istanbul in the mostly residential Kartal district.

Three people were brought out of the rubble with injuries and hospitalised, HaberTurk television reported.

Security camera footage broadcast on Turkish broadcast IHA showed several people, including schoolchildren with backpacks, running away from the site as the building tumbled down and a cloud of dust engulfed the area about 4 p.m.

The chief prosecutor's office said it launched an investigation into the collapse of the 27-year-old building.

NTV television said rescue teams from the neighbouring provinces of Bursa and Sakarya were sent in to assist.

Authorities sealed off the area as crowds gathered to watch or help with the rescue operation.

Turkey's broadcasting watchdog later announced the prosecutor's office had ordered a media blackout, citing the ongoing investigation into the collapse.