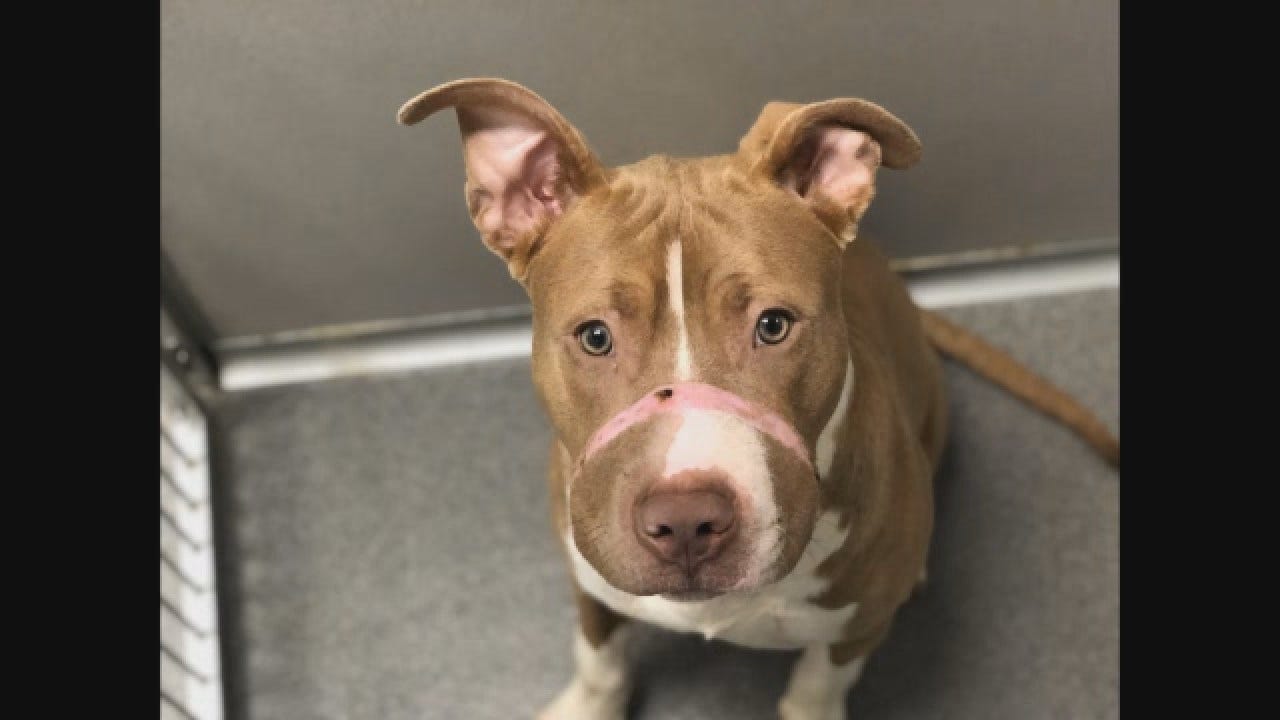 Animal Rescue League officials say they assisted Iowa police on a call to save a dog in distress on January 18.

ARL officers were called to the 2800 block of Boston Ave in Des Moines. The young, male dog was inside the home with facial swelling nearly 4x the normal size.

ARL officials say the kennel he was in was covered in feces and his water bowl was full of blood.

"When the owner was instructed to step away, the dog immediately ran over to one of the officers and leaned his entire body weight on the officer’s leg, seeking protection. The owner had allegedly wrapped an electrical cord around the dog’s muzzle and urinated on the dog."

The dog was removed and immediately taken to the ARL for treatment. Upon his arrival, the ARL’s Emergency Care Team began administering pain medication, antibiotics, and anti-inflammatory medications and gave him a bath to make him comfortable.

The dog has been named “Bennie” by his ARL caretakers and is extremely sweet, loves attention, and loves treats.

According to the ARL, the swelling of Bennie’s muzzle did not decrease for over a week after he was rescued. He is still on medications due to the prolonged swelling and injuries. His gums were so ulcerated that there is still concern that he may lose gum tissue. Where the ligature was tied around his muzzle, hair loss showing pink skin and scabbing is now visible. While the swelling of his muzzle has decreased significantly, now 3 weeks later, swelling is still evident.

"Bennie still has several weeks of medical treatment ahead and the long-term effects of his injuries are still unknown."

The owner, a juvenile offender, was charged with 1 count of neglect, a simple misdemeanor. Since the owner is a minor, his name cannot be released. The charge of neglect is the strongest possible charge currently under Iowa law.