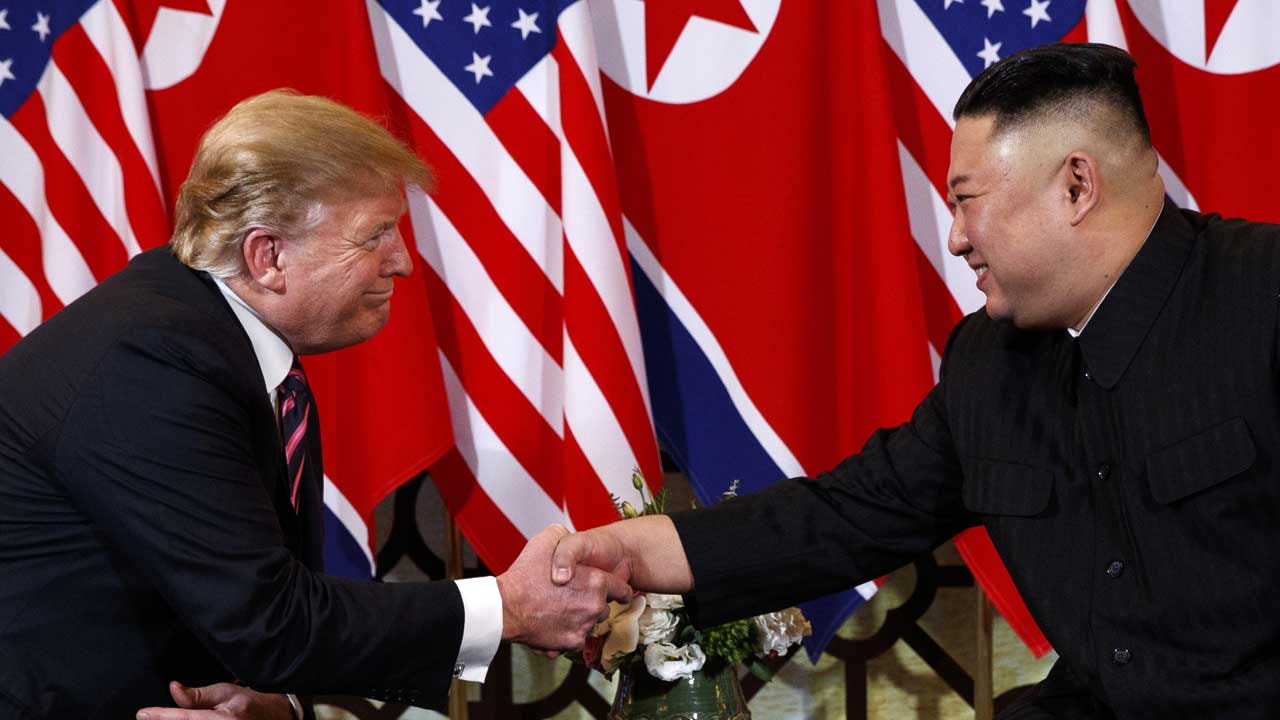 President Trump was back in Washington on Friday morning, facing conflicting accounts of why his summit with North Korean leader Kim Jong Un broke down. The president said he walked away from the table because Kim wanted complete sanctions relief. But in a rare press conference overnight, North Korean officials said they only wanted some sanctions lifted.

CBS News correspondent Errol Barnett reports that on his way back to Washington, the president made a refueling stop in Alaska and thanked U.S. service members at an Air Force base, but he did not discuss his summit with Kim, which was abruptly cut short on Thursday.

Earlier President Trump said that the offer put forth by North Korea in Hanoi included them dismantling their central nuclear research and development facility in exchange for complete sanctions relief.

"They wanted the sanctions lifted in their entirety and we couldn't do that," Mr. Trump said.

But just hours later, North Korean Foreign Minister Ri Yong Ho rejected that and said his country had only sought partial sanctions relief in exchange for the shutdown of the nuclear facility at Yongbyon.

Ri said the North had also offered the prospect of getting its one-year-plus halt to nuclear and ballistic missile tests cemented in writing. Mr. Trump had said ahead of the Vietnam summit that, "as long as there's no testing, we're happy."

North Korea's Vice Foreign Minister Choe Sun Hui said Mr. Trump's reaction to the deal offered up by his country surprised Kim. He said Kim "may have lost his will (to continue) North Korea-U.S. dealings."

A senior State Department official confirmed to U.S. journalists that the North Koreans had sought the lifting only of United Nations Security Council sanctions imposed since March of 2016. The concession would have removed sanctions on a wide range of goods, but not weapons. The State Department official said it would have amounted to "many billions of dollars in sanctions relief," which would, "in effect put us in a position of subsidizing the ongoing development of weapons of mass destruction."

Mr. Trump alluded to the changing characterization of why the talks broke down in a tweet on Friday morning, lauding the discussions as "substantive," and proclaiming "we know what they want and they know what we must have."

Top lawmakers on both sides said Thursday that the president walking away from Vietnam without a deal was better than leaving with a bad one.

"I hope and pray the talks continue, but if they break down it's time to end their nuclear program," Sen. Lindsey Graham told reporters.

"The president treats everything like a real estate deal... 'just let me in the room I can convince the other party to make a deal,'" Former Vice President Joe Biden said on Thursday, taking a jab at Mr. Trump's style of diplomacy.

Biden, who is actively considering a run for the White House in 2020, said the president needs to empower officials in his administration to negotiate.

"It requires hard, hard, hard and consistent diplomacy," he said.

President Trump also suggested that Kim Jong Un was not to blame for the death of American student Otto Warmbier, who died after returning from a North Korean prison.

"I don't think that the top leadership knew about it," Mr. Trump said, explaining that he believed Kim's denial.

"We know what happened to Otto," said Republican Rep. Kevin McCarthy, the House Minority Leader. "We know what this country has done."

"The attempt to exonerate or sort of excuse Kim Jong Un over the death of this young man, I thought was just abysmal," Sen. Tim Kaine said.

The president said he doesn't think what happened to Warmbier was in the best interest of Kim. He said he doesn't believe that Kim knew how an American prisoner was being treated in his country.