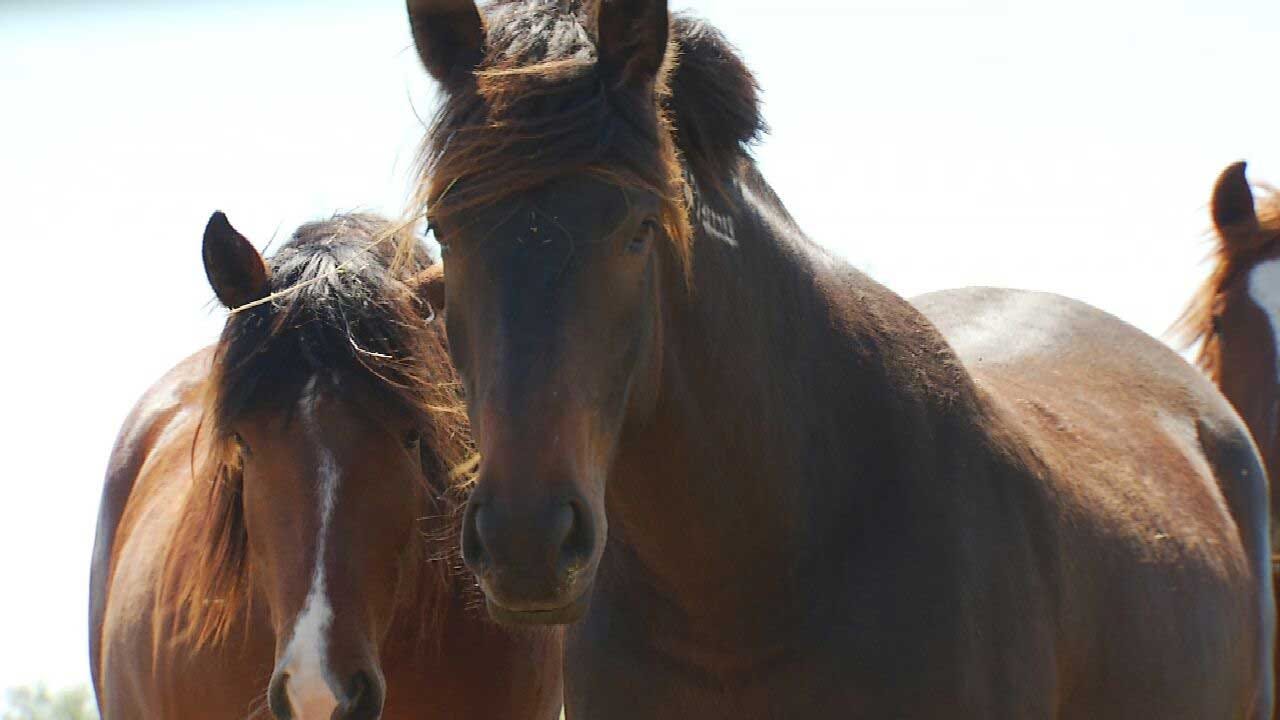 Wild horses and burros are federally protected. Since their population is exploding, the Bureau of Land Management rounds up many of the animals so they can be adopted.

Federal land can support 26,000 wild horses, but there are 82,000. The BLM say if it didn't get involved in managing the wild mustangs and burros, their population would double every four years and triple in six years. They say overpopulation isn't healthy for the herd or Uncle Sam's pocketbook.

"50 million dollars to house and feed those animals," Cowan said.

Which is why they say adoption is crucial. Trisha and DJ Shields from Wynnewood adopted two horses. John Wayne and Foxy.

"They test your patience, they make you grow as a person, they grow your horsemanship. It's totally worth it," Trisha said.

DJ uses John Wayne for his ranch work and Trisha takes Foxy to shows and events across the country. The BLM hopes a new incentive program will lead to more successful adoptions.

"They'll receive 500 dollars in their checking account within 60 days, and then a second 500 dollars after titling after 12 months," said Cowan.

The BLM has a one-year adoption period before titling, or "ownership," officially changes. This is to prevent new buyers from immediately turning around and selling the animals. They also must agree not to sell them for slaughter.

"If someone sells it before it's titled, fine or by prison time," Cowan said.

The BLM does well-being compliance checks during the yearlong adoption period. A veterinarian must also sign off on the animals. New owners also need the right facilities and fencing, plus a lot of patience, because gentling the wild horses doesn't happen overnight.

"I didn't think he'd be as tough as he was, but with enough patience and time he turned into exactly what I thought he would be," said DJ.

The process can be rewarding for the new owner, while providing a new beginning for the impressive animals.

"There's just nothing more western and more American than taking a wild mustang off the range and training it," said Trisha.

The wild horses and burros are adopted once a month in Pauls Valley, or the animals are sent to other adoption events in Oklahoma, Kansas, Texas and New Mexico.

"In the long run it helps everyone as a whole, the taxpayer dollar and it gives these horses a good home," DJ said.