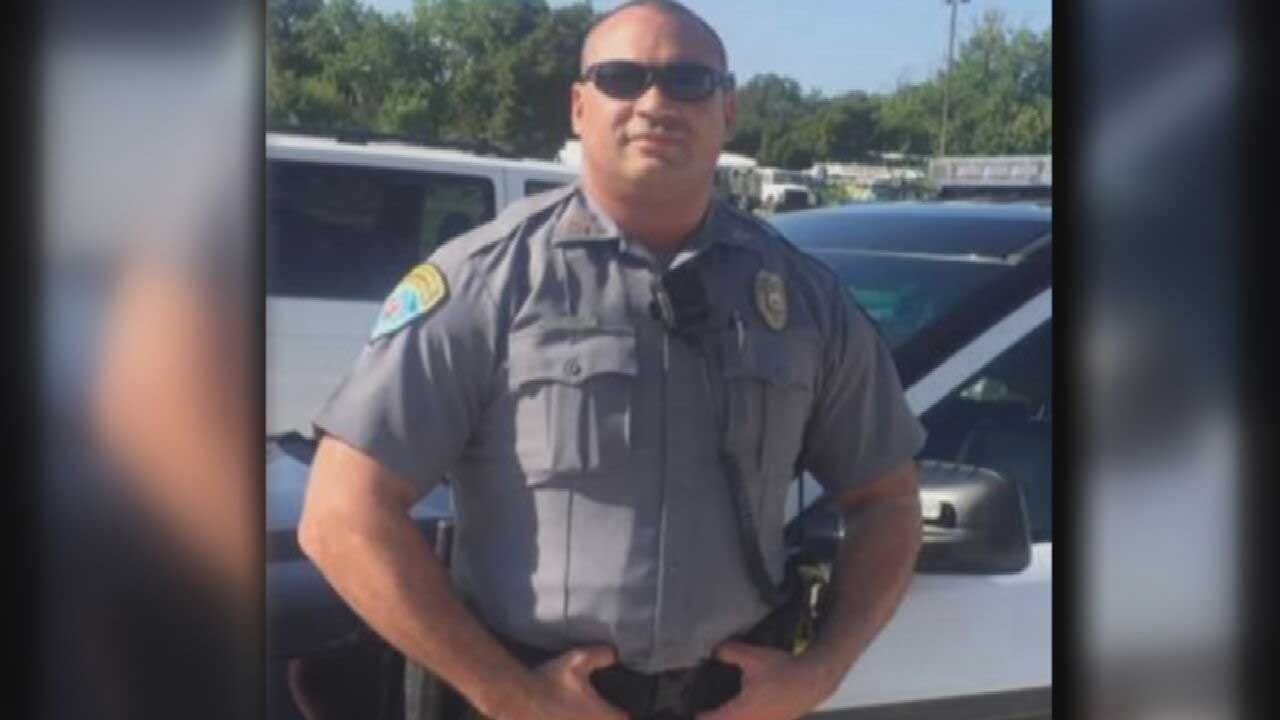 A McLoud police officer is now without a job after metro officers say they found his wife battered and bruised.

Police were called to the couple's home on the night of Tuesday, July 30 in Midwest City, after a spat in their front lawn escalated and neighbors called 911.

“He’s an extreme hothead, he has to control everything, you can tell,” said a neighbor.

While he may have taken an oath to serve and to protect, one neighbor said he's witnessed Tony Diaz, a now former McLoud officer, lose his cool more than once.

“They’ve gotten physical, a little shoving match in the front yard, and one will leave for a day or two, and that will be that,” said the neighbor.

“She was shoved out of the house, sounded like they were having marital issues, he wanted to know if she was cheating or not,” said the neighbor.

After hearing the woman scream for help, the man called 911.

“When the officers looked at her injuries, they were pretty severe about the face, her arms and legs,” said Midwest Police Chief Brandon Clabes.

Police said the victim was easily overpowered by her husband.

The strapping ex-officer is accused of beating his wife, she nearly blacked out.

“At one point pushed her back to the back bedroom and chocked her almost to the point of being unconscious,” said Chief Clabes.

“I hate it for him. Several times in the past I’ve heard him say how hotheaded his father can be,” said the neighbor.

Diaz was immediately arrested and terminated from his job.

“When you violate the law there's consequences, whether you're a police officer or not,” said Chief Clabes.

Diaz's wife told police after her husband punched her in the eye, he apologized and gave her an icepack.

Police said Diaz claimed he had no idea how his wife was injured.