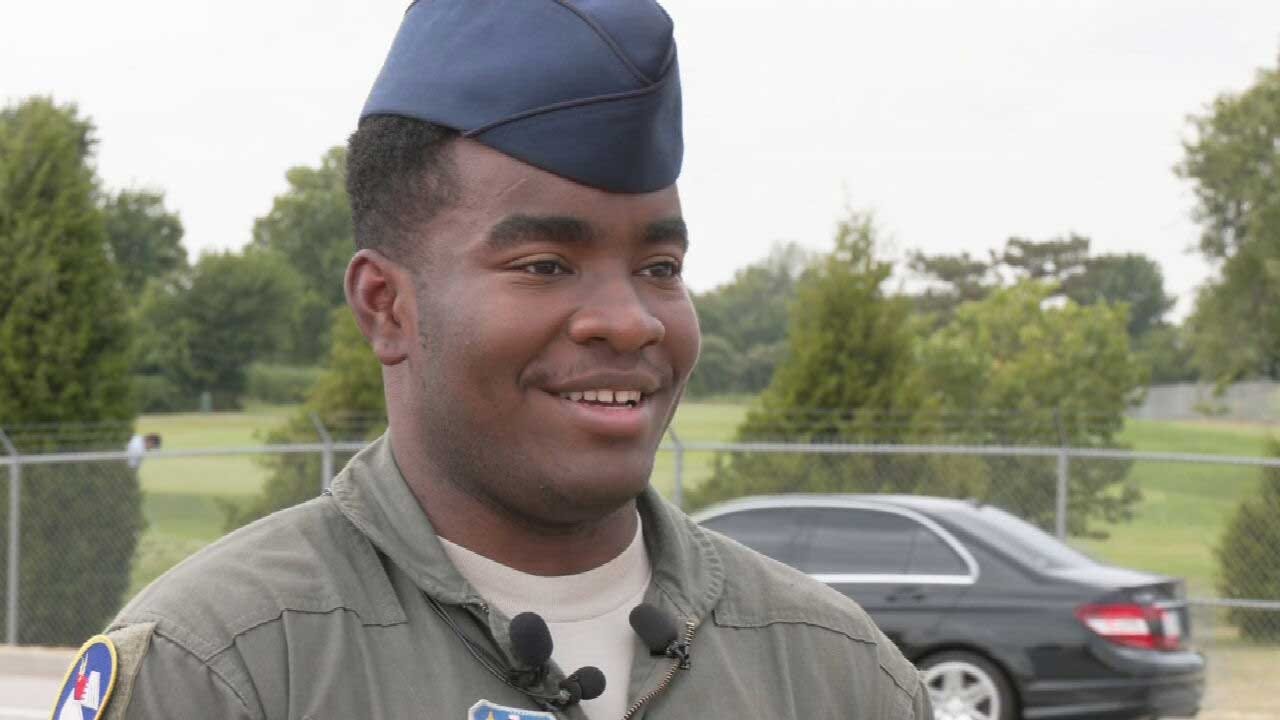 A Tinker airman was caught on camera stopping to help an elderly woman who was walking home with groceries in extreme heat.

Airman Jibril Jennings didn’t even think about stopping to help the woman near Interstate 240 and Santa Fe roads in Oklahoma City. He just jumped into action.

“The way that people were driving, I didn’t think that anyone was recording,” said Jennings, who works as a radio operator aboard the Airborne Warning and Control System (AWACS). “I didn't even realize that there was anyone around me until someone stopped, parked behind us and put their hazards on while I was helping load stuff into her car.”

Janice Hall was walking home from the nearby Walmart, a walk over two miles away.

Jennings took Hall home after loading up her groceries.

Once the two set fourth, it was almost like a friendship was born.

“Once I got into the car, she immediately started talking,” said Jennings. “She reminded me of my grandma, she started telling me about her day.”

Hall had no idea she was being recorded. She said it wasn’t the first time she’d done such a thing, nor was it her only stop that day.

Hall said she does it for exercise.

“I can stand the heat, it doesn't bother me a bit,” said Hall. “I’d rather have heat than air conditioning any day.”

This small act of kindness will live on forever.

“That man was really a sweet guy, (I) just couldn't believe it,” said Hall. “Then he come over here and helped carry this stuff in.”