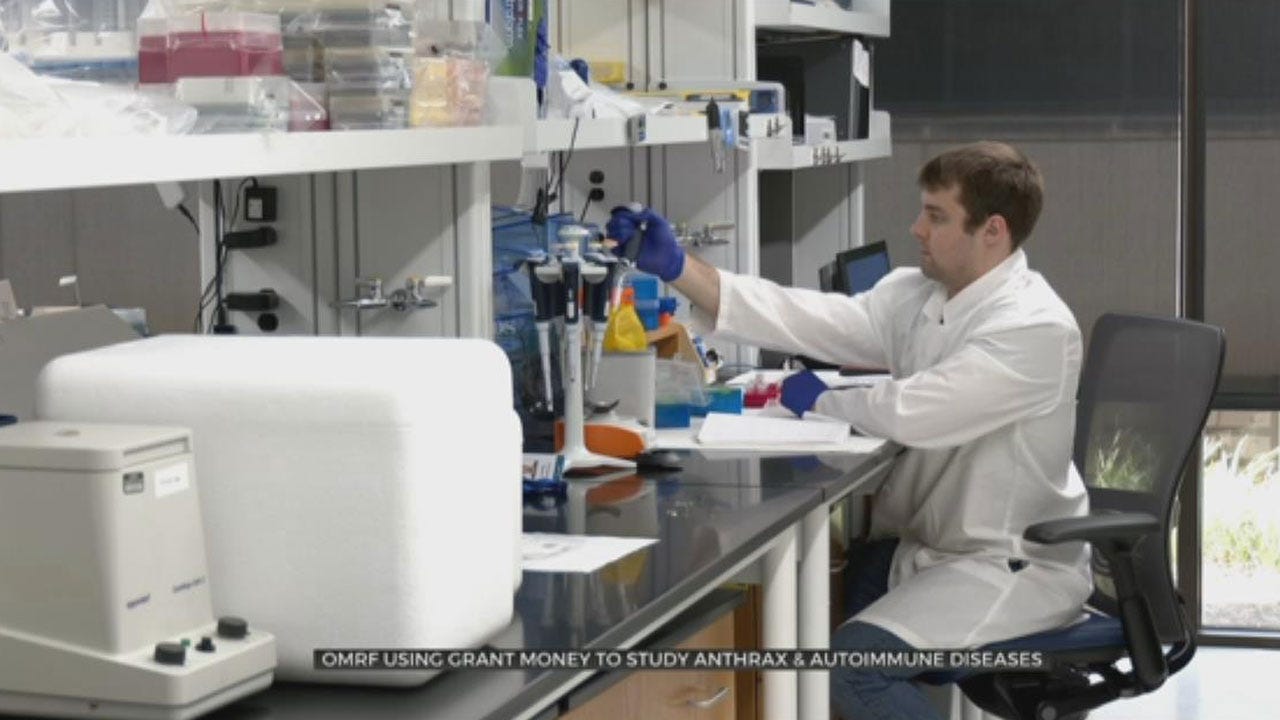 There is new information about nearly $50 million dollars in grants for the Oklahoma Medical Research Foundation (OMRF).

These two grants will help fund research for another five years. The first grant totaling up to $37 million will focus on combating auto immune diseases like lupus and multiple sclerosis. The other $12 million will go into anthrax research.

The foundation says anthrax is a little bit of strange project for them, because in general it isn't a human disease. It's found naturally around our environment, especially in animals. Anthrax doesn't become a danger to humans until it's weaponized.

In this country we have seen anthrax attacks in the past which prompted initial research from the National Institute of Health and the Department of Defense to understand what anthrax is a how it effects the body.

Since the mid-2000's OMRF has been instrumental in furthering anthrax research, and they believe this grant money will take that research far into the future.

"Our scientist have been very instrumental in figuring out those key questions, and all the way to the early stages we have developed some practical approaches. We've made specific antibodies in the laboratory that in principle could be used to treat specific antibodies. We are hard at work with other types of treatment if people do get infections," said Stephen Prescott, the President of OMRF.

A similar trait with many of the diseases the foundation is researching is the difficulty with diagnosis.

Many of these diseases have a variety of symptoms, and for many people it takes months and sometimes even years to properly diagnose.

With this new grant money, researchers at the foundation will be able to further study how to make initial diagnoses more accurate and earlier with diseases like these.
"In our case we are doing some studies where we are actually looking at preventing the onset diseases like rheumatoid arthritis and lupus for people who may be at higher risk," says Eliza Chakravarty, an associate member at OMRF.

Money from both of the grants is already being used. This is the third round of grants of this kind.