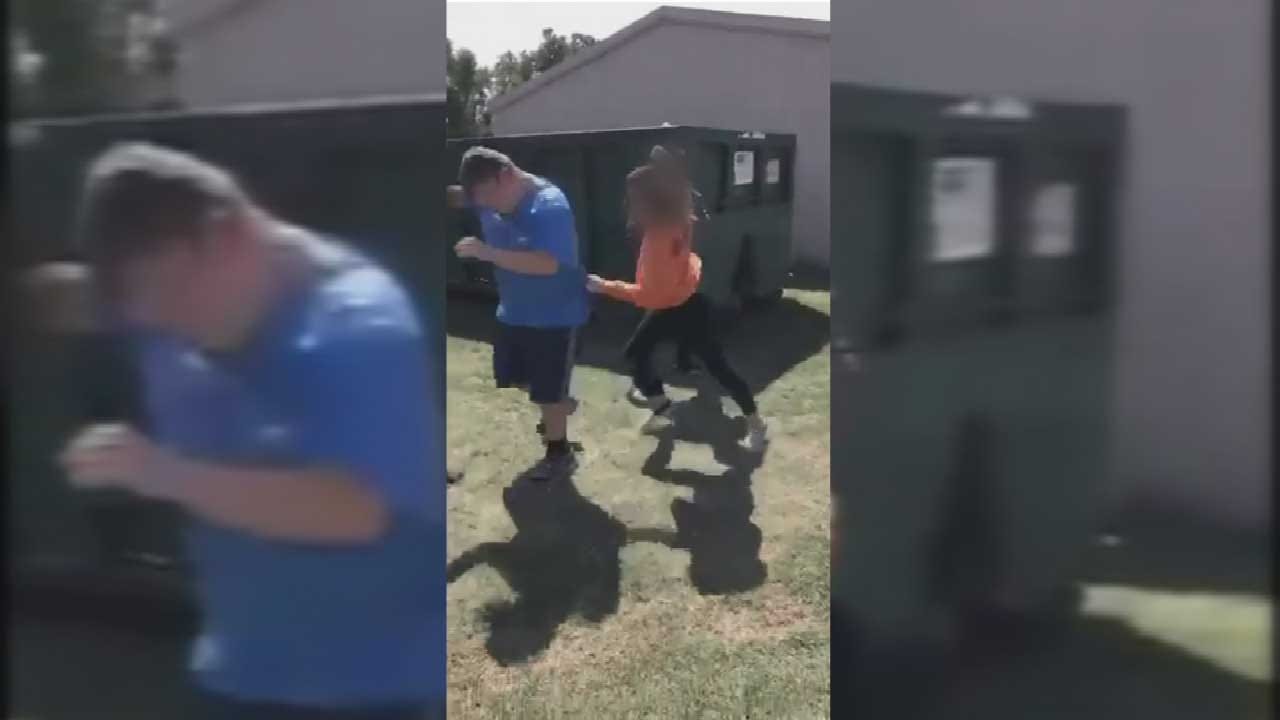 A Yukon family is speaking out after video of their son being bullied goes viral. They said they aren’t just worried about their son, but they’re worried about all the kids involved.

The video shows 12-year-old Rayden Overbay being attacked by three students after school. His parents said he has high-functioning autism and is deaf in one ear, so he gets picked on a lot. They said the only reason the bullying is getting attention though is because of the video.

“That’s the only reason that I’m sitting here in front of you today. Some of those kids claim to be my son’s friend,” said Rayden’s father Danny Overbay, fighting back tears.

Since the video went viral, so has the misinformation.

“There’s a picture of my son, I don’t know where they got the picture, with pray for Rayden. He’s in the hospital. He’s got a broken arm. Internal bleeding. Brain bleed. Spleen injury,” said Rayden’s mother Scotlyn Overbay.

Rayden’s parents said that’s not true. They had hoped the attention would die down.

But it hasn’t. It’s only gotten worse with people posting the addresses of the bullies on like threatening them. People are, in fact, bullying the bullies.

Rayden’s parents are working with former MMA star Justin Wrey, who runs an anti-bullying program called “Fight for the Forgotten.”

They want all the bullying stopped.

“When I saw the stuff about the girl, and then finding out about all the kids and the threats, and I’m like you’re supposed to be adults,” said Mrs. Overbay.