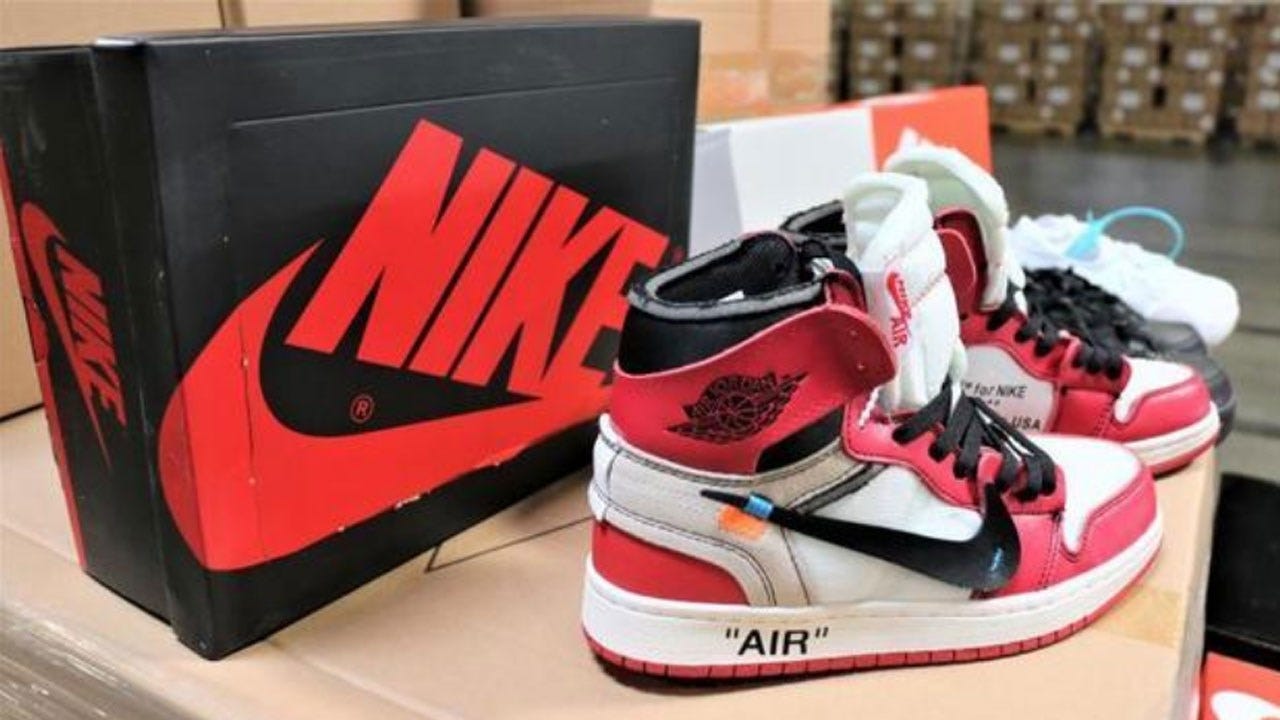 Thousands of counterfeit Nike shoes, worth an estimated $2.2 million, have been seized at the Los Angeles/Long Beach seaport, federal officials announced Wednesday. CBS Los Angeles said authorities found 14,806 pairs of shoes on a shipment arriving from China. Customs and Border Protection officers say they were mislabeled as "napkins" in an attempt to disguise the illicit cargo.

Import specialists and officials from Nike confirmed the shoes were in violation of the Air Jordan 1 Off-White Air, Air Jordan 12, Air Jordan 1 in blue, black, red and white; Air Jordan 11 and Air Max '97. These special edition and retro styles are highly coveted by collectors and sport shoes enthusiasts. A legitimate pair can sell for between $1,500 and $2,000 online, federal officials said.

Some of the shoes seized looked obviously fake, with "AIR" printed on the sides of the shoes with quotes around them, underneath a Nike swish that appeared to be both taped and sewn on.

Such a shipment of genuine shoes would be worth more than $2.2 million.

"Counterfeit brand-name shoes is a multi-million dollar criminal industry. The trafficking of these items is extremely lucrative and becomes more profitable in markets involving successful and popular products," LaFonda Sutton-Burke, Customs and Border Protection Port Director of the LA/Long Beach Seaport, said in a statement.