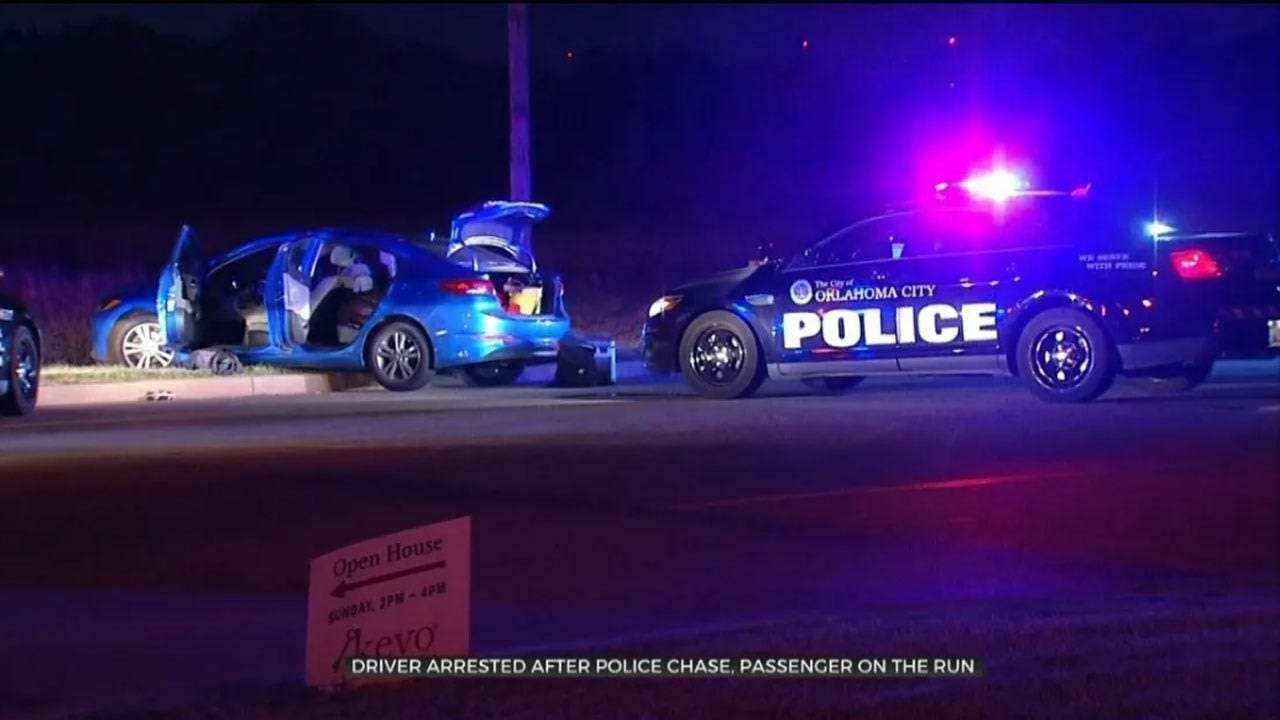 A driver was was taken into custody, and a second person is on the run, following an overnight chase, Tuesday in northeast Oklahoma City, police said.

The chase initially started as a traffic violation. Police said the suspect got out of the car and ran away.

According to authorities, officers were searching for the suspect near Broadway Extension and West Wilshire Boulevard.

Air 1 and K9's participated in the search, but have since been called off.